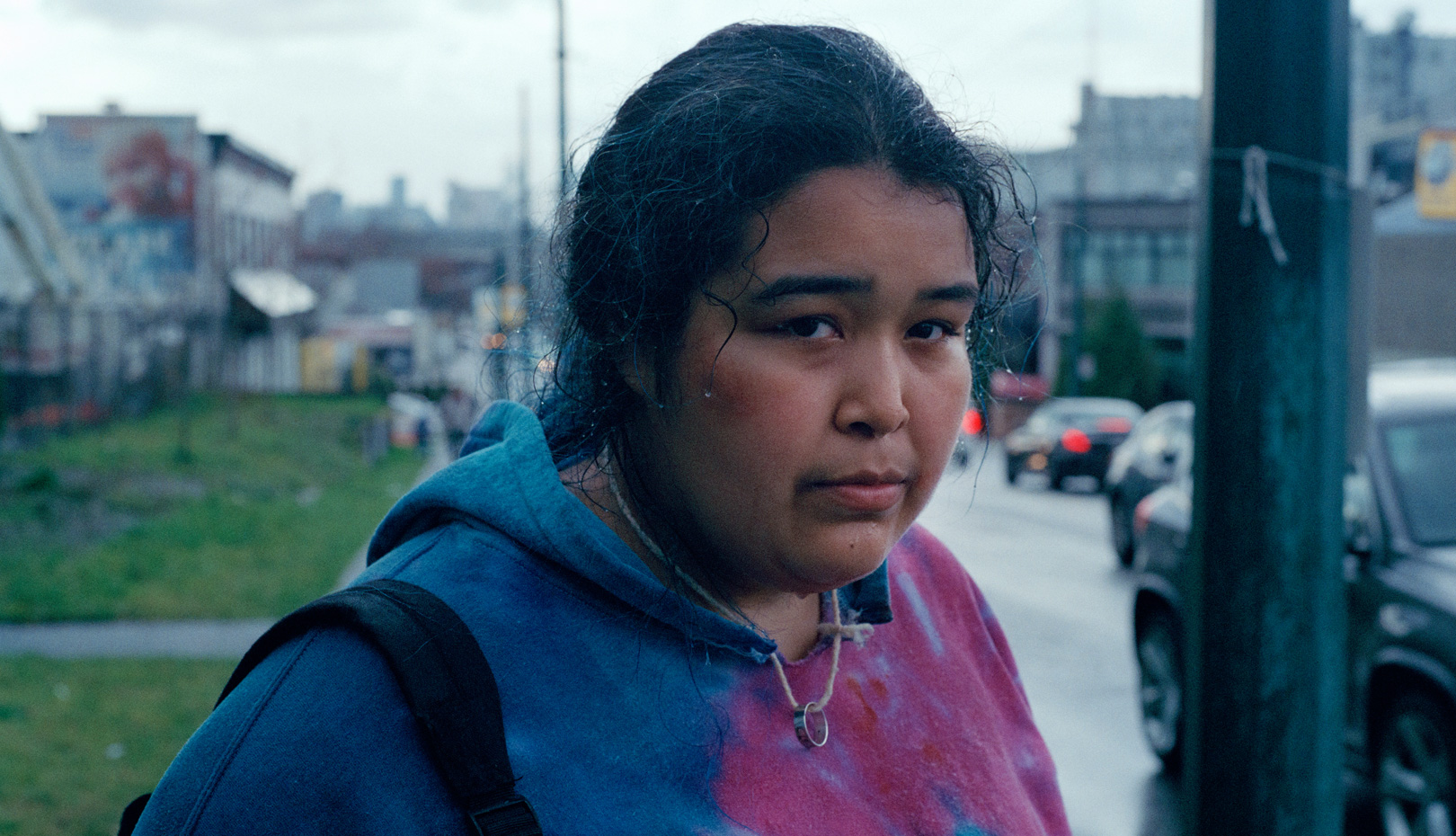 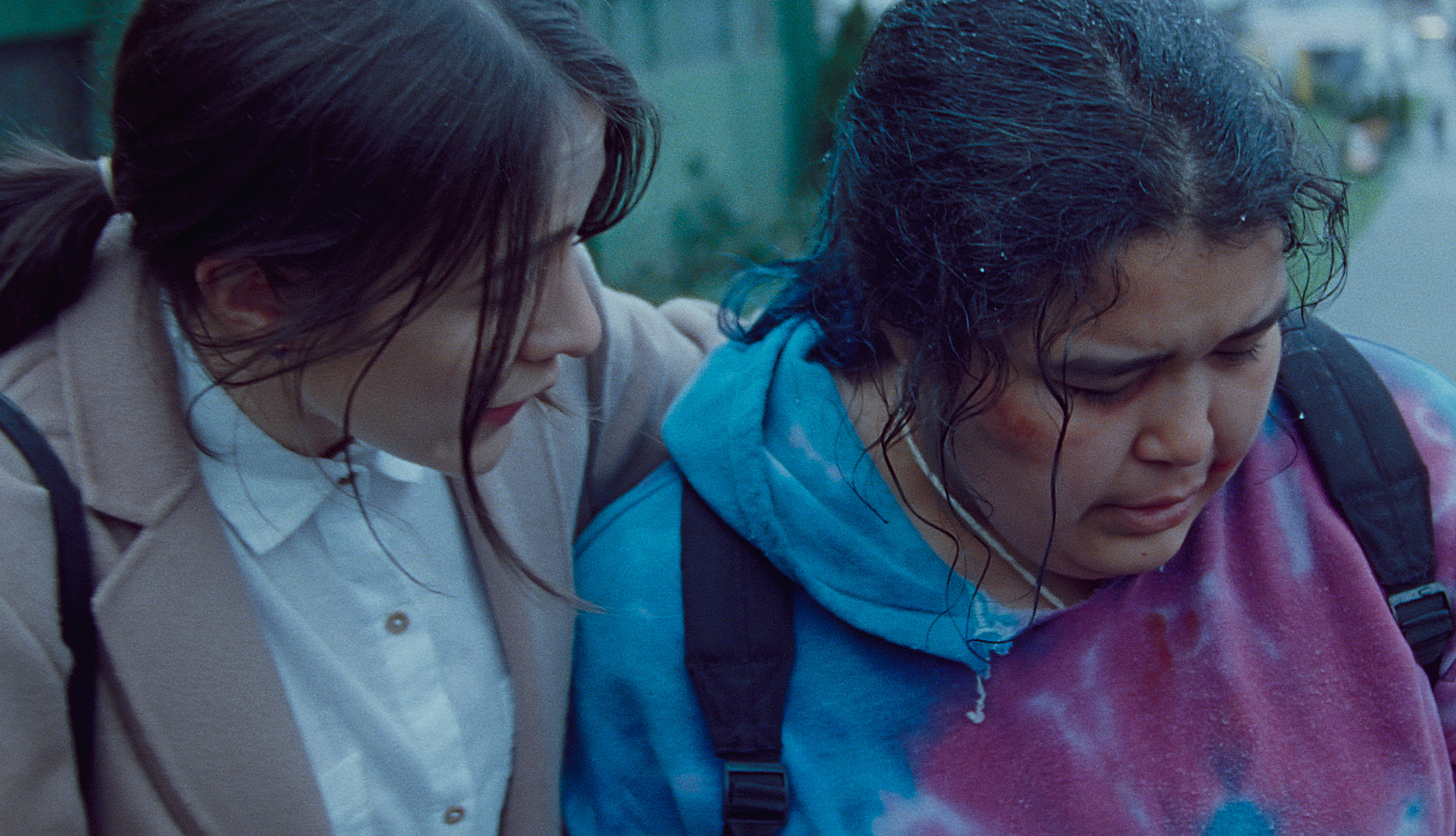 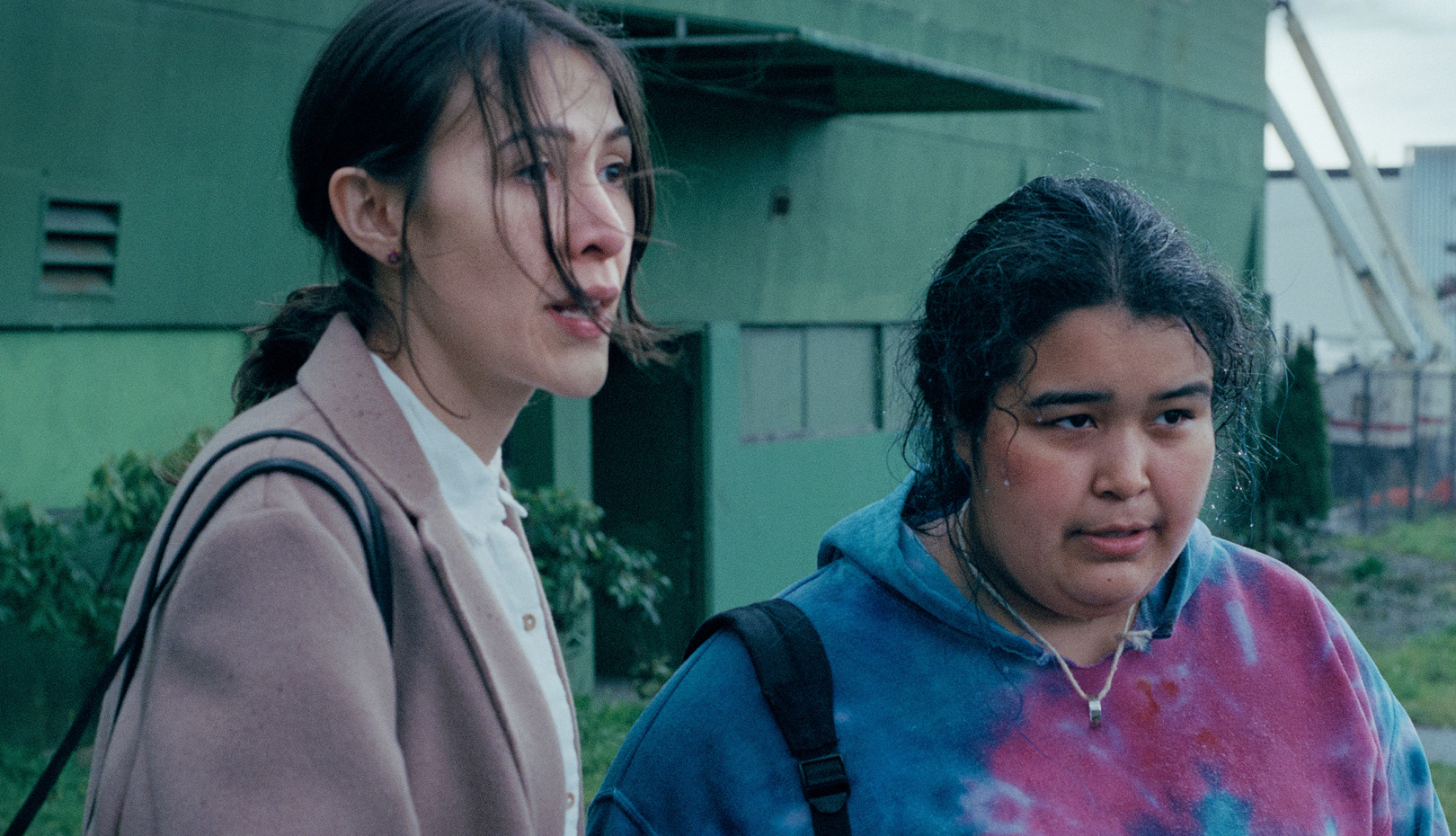 The Body Remembers When the World Broke Open

Written and directed by Elle-Máijá TAILFEATHERS (who also stars) and Kathleen HEPBURN, two indigenous women from vastly different backgrounds find their worlds colliding as one of them, Rosie, is fleeing a violent domestic attack. What begins as an urgent and terrifying escape, tentatively expands as the women weave a fragile bond in their short time together while navigating the complexities of motherhood and the ongoing legacy of colonialism.

The film's title is written in four languages — English, Northern Sami, Blackfoot, and Kwakwala. Northern Sami and Blackfoot are the languages of the codirectors and the main character Aila (TAILFEATHERS). Kwakwala is the language of another character, Rosie (Violet NELSON).

When the film begins, Aila visits a doctor to have an IUD inserted and brings Rosie home. Rosie is pregnant and has run away, barefoot from a violent boyfriend. If the story heads toward two women's solidarity and self-discovery, there is no problem. However, it isn't that simple. A wall stands too high between the two indigenous women - Aila is from a more educated middleclass background, and Rosie is a poor native. Rosie's problem isn't easy to solve. As the story unfolds, the two get to know each other better but they need more time to understand fully. Though Aila has more options to take, Rosie doesn't have much choice. There seems not much Aila can do for her.

Similar to Rope or 1917, the film consists of one long, unbroken shot. This strategy is justifiable. Without any unnecessary additions, the film tries to be true to the director's experience, delivering the story without adapting time and space. [Djuna]