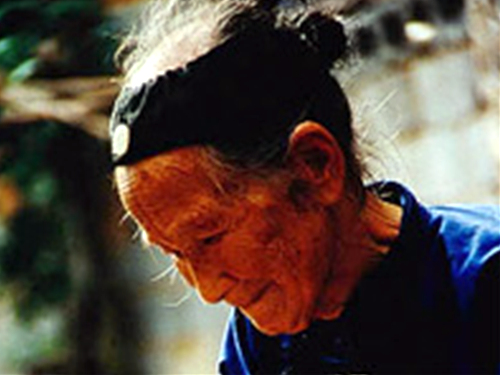 Nu Shu: A Hidden Language of Women in China

“Nu Shu”, feminine writing, as opposed to “Nan Shu” is a language that developed over time in a particular area of China. In Korea, women had a form of writing that unified speech and writing, and there was something like this in Japan, too. However, none of these lasted, except for that of the women of the Yao, a minority race, in China. 86-year-old Yang Huan-Yi, is the only surviving person who can still read and write this language, but she, too, is sick. They were, in fact, the victims of foot-binding feudalism and slavery. They would gather together to knit, embroider, and sing in “Nu Shu,” expressing their rage against male domination. Apart from the simple fact that Nu Shu is a form of women’s writing, one of the reasons why it is valuable is that it created a sub culture of women within a patriarchal society. The shapes and letters represent this culture even now.
Women’s exclusive writing is about to disappear. Their songs and language are surprisingly lyrical and free. For a long time, this language of their own strengthened the ties between women and we hope it will continue to be maintained in the future. (Bae Doo-Rye)