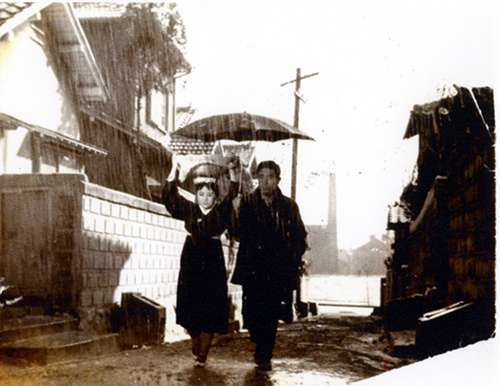 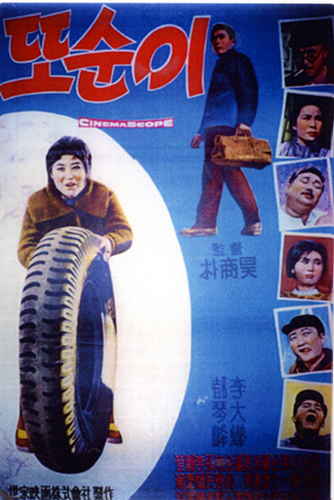 Originally a popular radio drama, Ttosun-i was a big box office success, winning Do Kum-bong the Best Actress Award at the Asian Film Festival.
Ttosun-i, a daughter of a North Korean transportation company owner emigrated to South Korea, claims economic independence from her domineering and stingy father. Struggling to make a living on her own, she goes through various kinds of arduous jobs such as selling rice cakes, tires, and smuggled goods as well as working as a car washer and porter. In the meantime, she falls in love with a man named Shim Jae-gu who was rejected by her father as a ‘spare driver,’ and manages to buy a brand new taxi for her beloved man with her hard-earned money.
The film’s title and nickname for the lead character, Ttosun-i, became synonymous with an arduous and hard-working woman. While the film depicts a positive and realistic image of a woman having control over her own life through the strong, independent and diligent lead character, Ttosun-i, the film is also a feminized perspective on the image of a powerful leader representing an ideology of austerity and diligence. The character of Ttosun-i represents women’s spontaneous expression of desire and autonomy, and at the same time, she reflects the reality of those times when people had to endure the hardships of life and hard labor in pursuit of wealth. After all, the character embodies the dynamics and conflicts of different ideologies and meanings. (Joo You-shin)