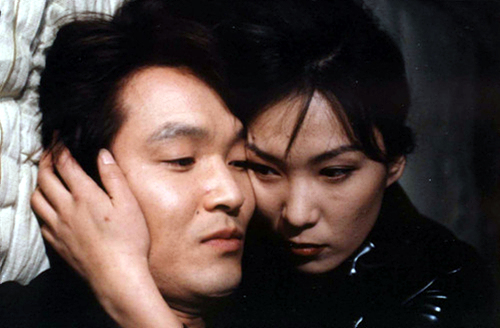 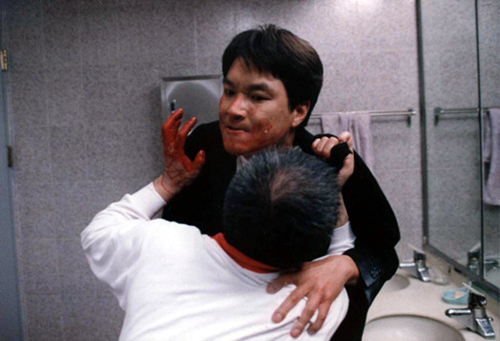 After making Black Republic, Park Kwang-soo turns his focus on the period of the division of the Korean peninsula and filmed To the Starry Island, about an island entirely torn by the storm of the Korean War. While collaborating in the production of To the Starry Island as assistant director and screenwriter, Lee Chang-dong, a former novelist, prepared for his future career as film director. Three years later, Lee made his directorial debut with Green Fish. There are several film directors in addition to Lee who have gotten their start as b assistant director on one of Park’s films, including Yeo Kyun-dong and Lee Hyun-seung. Like Park, Lee follows the male subject’s search for self-identity.
In the film, Shim Hye-jin plays Mee-ae, mistress to mob boss Bae Tae-gon (played by Moon Seong-keun). Mee-ae is yet another face of Young-sook, the semi-prostitute/waitress in Black Republic. Mee-ae, just like Young-sook, promises to leave with a male protagonist who is locked in competition with a male antagonist, only her promise is broken by the antagonist’s interference: she is the link who connects the two males, and a sign that is exchanged between them. In other words, she is a sexual symbol required for the visual representation and exaggeration of the male contest over class and power. Black Republic and Green Fish, two exemplary works of the Korean New Wave, exploit female sexuality in order to represent class conflict between men. (Kim Sun-ah)