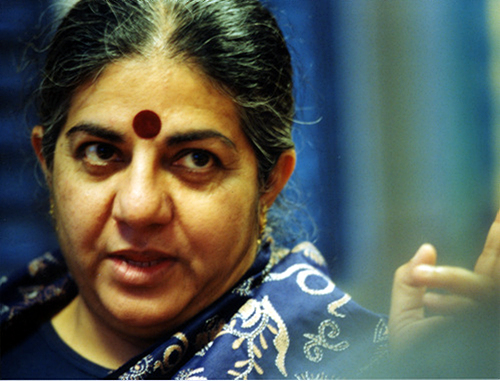 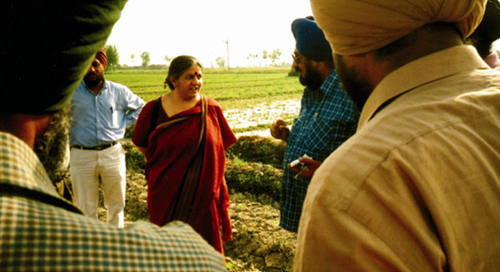 Bullshit, a verite-documentary that spends 2 years following around world-famous environmentalist Vandana Shiva, raises a question: Can globalization rescue farmers in the non-Western world? Can multi-national incorporations really guarantee a better life for farmers? Is the principle of free trade really fair to all?
Through a dynamic portrayal of a variety of places including Shiva’s organic farm that uses cowshit in the Himalayas, Monsanto, a huge American biotech company, Cancun, a Mexican city that hosted the WTO talks, and the Tibetan refugee government, Bullshit reveals global confrontation over agriculture. This film inspires a political consciousness in viewers by drawing a world map that is clearly divided into American/European multinational corporations versus developing countries and comparing these two worlds.
Multi-national companies criticize Vandana Shiva and accuse that her anti-movement against globalization is the very reason why India cannot escape from its poverty. Shiva fights back by shouting “The World is not for Sale (to multi-national companies).” After the film ends, we must ask ourselves: “Do we believe in the power of ‘Bullshit’?” (Kim Sun-ah)