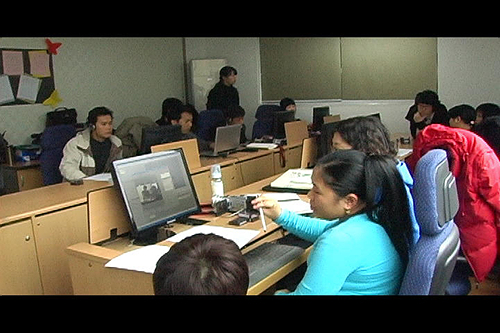 Between You and Me

Hiroko was a former participant in the Media Workshop for Women Migrants held in Hoengseong in 2008. Afterwards she started working as a media activist. She was in charge of producing the making film of this year\'s workshop. Most of the participants this year were relatively newcomers who lived in Korea just about a year or two but Hiroko was much senior to them for she has lived in Korea for over 10 years since her international marriage. As a senior, Hiroko recorded the new participants in film telling them the stories she wanted to tell through the making film of the media workshop.