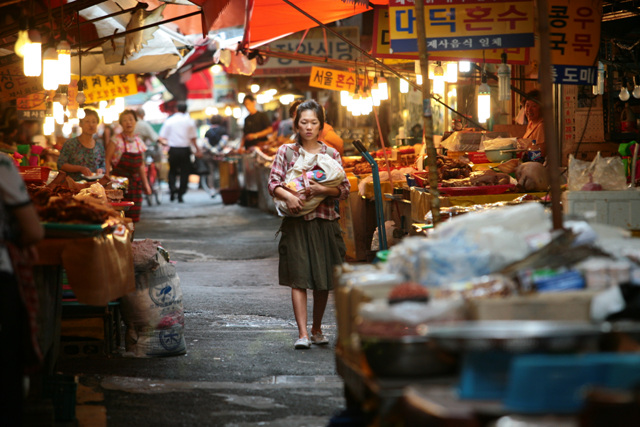 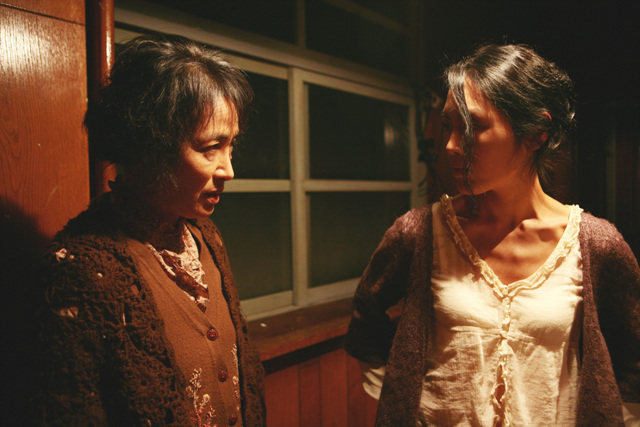 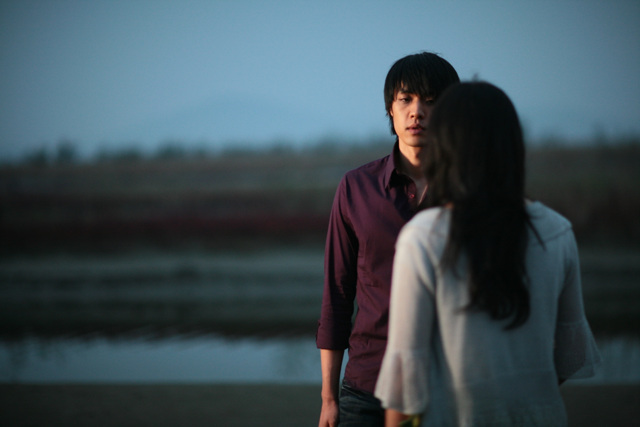 The Korean name JOO Sung-chan and the Australian name Lucas Pedora: these are the two names he’s called by. One day he visits Korea, the home country that deserted him long before. But the only information he can find about his childhood is that he was found alone in Dae-gu city. On a journey to find his birth mother, he stays in a motel where he happens to meet two women. He feels intimacy and compassion toward the women who look like mother and daughter for some reason. As he is not aware of the frightening fact that they have been killing the visitors to the motel, the dark and long night takes him back to the wound from the past.

A Blind River is based on Albert Camus’ play「The Misunderstanding」in which a mother and a daughter end up killing a stranger who turns out to be her son/brother. This film borrows the plot and set it in contemporary Daegu. Lucas Padora (Korean name Joo Seong-chan) visits Daegu to look for his birth mother for the first time in 30 years. Failing to get any information about his birth mother, he ends up in a bizarre motel and encounters a mother-and-daughter who are just as bizarre. Meanwhile, high school student So-yeon roams around Daegu to hide from people and ends up in a crummy boarding house next to a gynecologist’s office, having failed to get an abortion. These two paralleled tales unfold and overlap with one another. Meanwhile, the pain of those who live in the memory of abandoning and being abandoned is depicted through grotesque aesthetics. At the same time, So-yeon’s story is told in a very realistic way to imply that the pain still lurks around and reproduces.
A Blind River has been one of the hottest issue makers in 2009: a female director, a female producer and a female cinematographer worked hand in hand for this film, Lee Wha-si returned to the screen after 30 years, and ZIA of Kim Ki-duk’s Soom starred in it. (KWON Eun-sun)