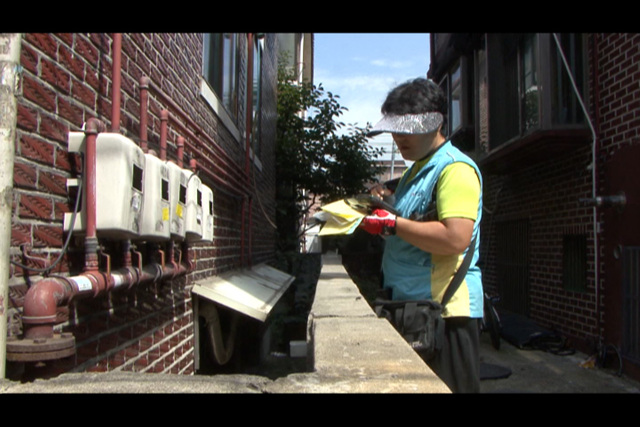 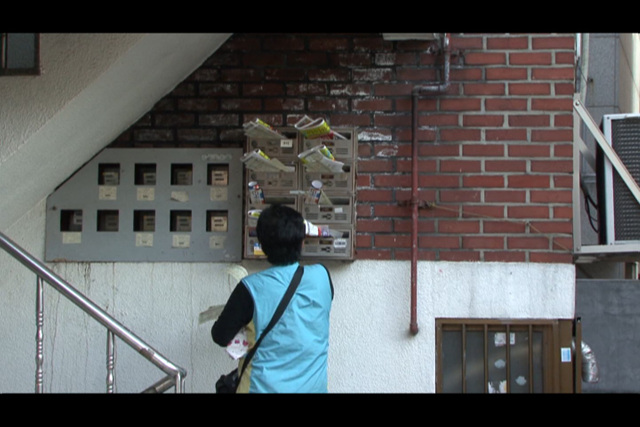 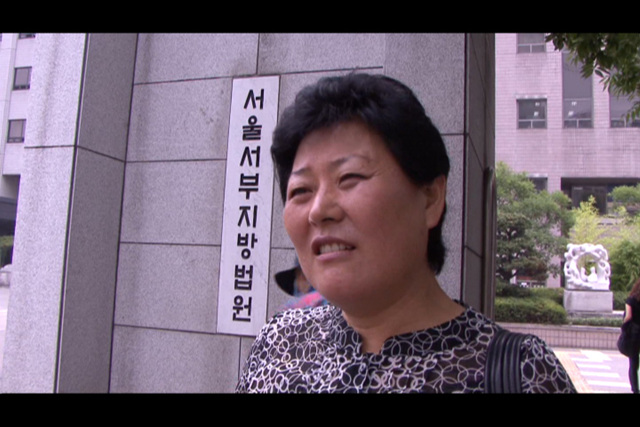 The director’s mother has been working as a gas meter woman for ten years. When she declares that she wants to make a labor union, her director daughter starts to shoot her being curious why. As the director records her mother enjoying the work yet fighting confidently to receive the severance pay, she breaks away the stereotypical mother-daughter relationship and starts to build a new one.

Mrs. Song works on the street. She reads gas-meters walking through the town’s narrow streets with hasty steps. The bag she is carrying on her shoulders is full of tools for her work, the hand mirror used to read the numbers in the shade by reflecting sunlight and a telescope used to read those in the distance. She seems to love and be satisfied with the work. Maybe that is why she began to organize a labor union when Mrs. Song received unfair treatment from the company. However, ‘I’, Mrs. Song’s daughter and the director of the documentary, feels awkward about her mother’s union activities. There is a sense of unfamiliarity between her mother and a woman worker that she has seen before. The daughter joins her mother who goes to work with a camera, feeling a little awkward. Her mother is a worker and is called Mrs. Song at work. ’I’, the director of the documentary, starts to talk to her mother’s life, closing the gap of unfamiliarity between her mother and other women workers. (KIM Il-rhan)