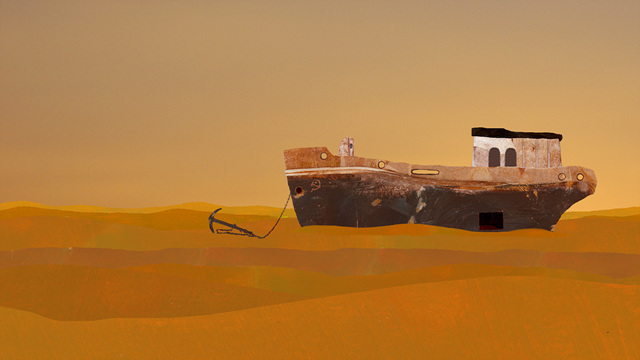 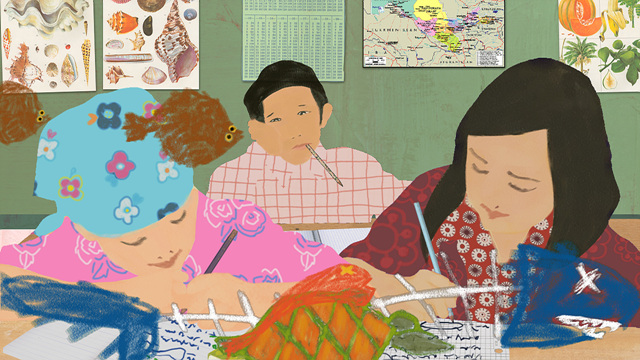 The story takes place in a former fishermen town, where the sea disappeared, and the lack of water makes life very difficult.

Located near the Aral Sea, Muynak was once rich in marine resources, but global warming and environmental disasters have dried up 60 percent of the water. Through the friendship and daily lives of two boys called Boris and Toumbil, the film shows the harsh reality and the slightest chance of hope for villagers who are forced to give up fishing and leave their hometown. A surreal ambience of a boat floating in the middle of the desert, realistic characters and voice acting, and graphic patterns influenced by traditional costumes of Uzbekistan are elements that work together very well in this film to keep our eyes transfixed on their lives. (CHO Hye-young)