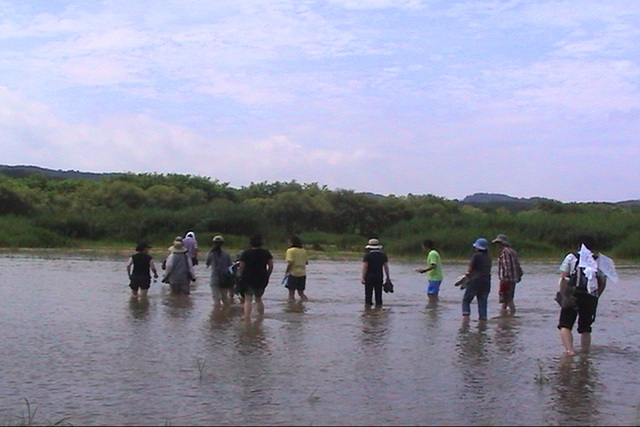 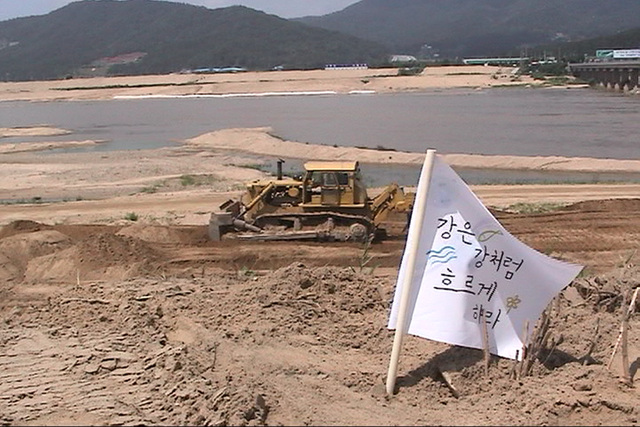 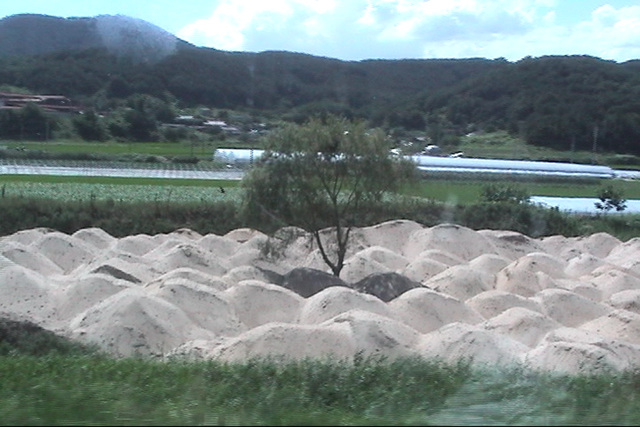 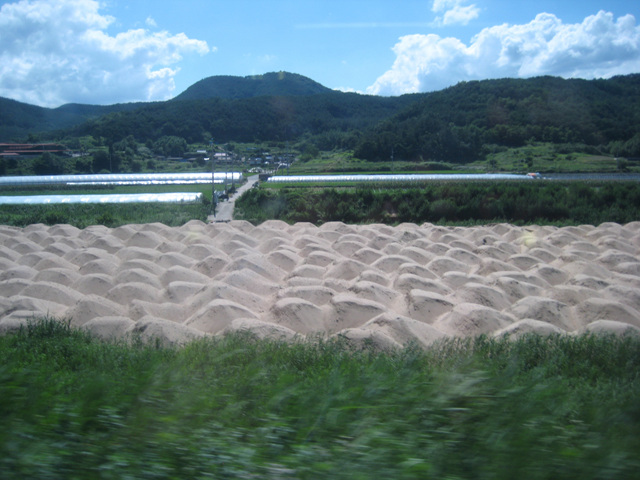 After a declaration by 1550 cultural artists on the current situation in July, 2010 to save the rivers, ‘Authors’ Statement 69’ initiates a pilgrimage of Nakdong River under the slogan ‘Let a River Run like a River’ in July 2010. The film is a documentation of the impressions of the river left on the group over the 4 nights and 5 days from Andong to Busan.

Let a River Run like a River shows a pilgrimage to Nakdong River, organized by ‘Authors’ Statement 69’ and joined by many artists, musicians, writers and college students in July 2010. The camera follows their journey silently gazing at grass, trees, water, frogs, birds, and the inhabitants around the river and reaches the construction site being divided into a few development areas. The film does not raise slogans, and nor does it reveal emotions to induce audience’s reactions, but its message ‘Let a river run like a river’ is clear and compelling enough to tell us that we have to know more about the river. (KWON Eun-sun)