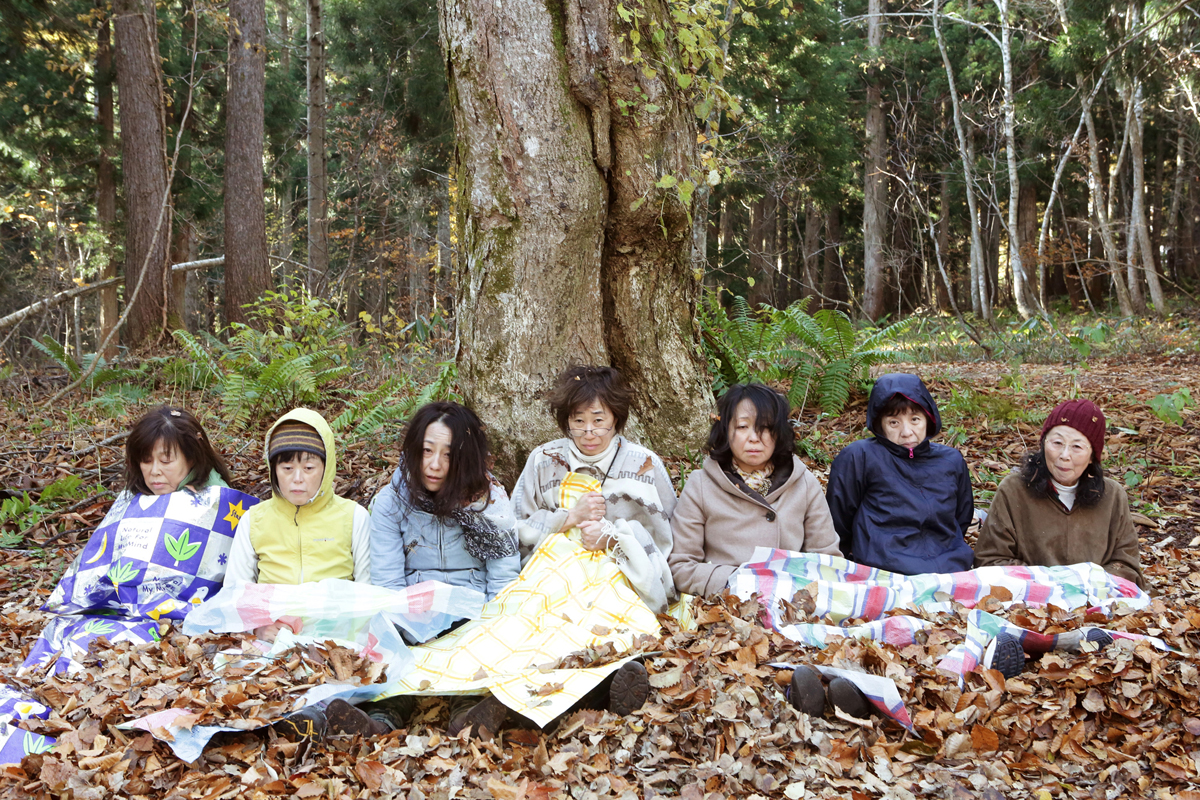 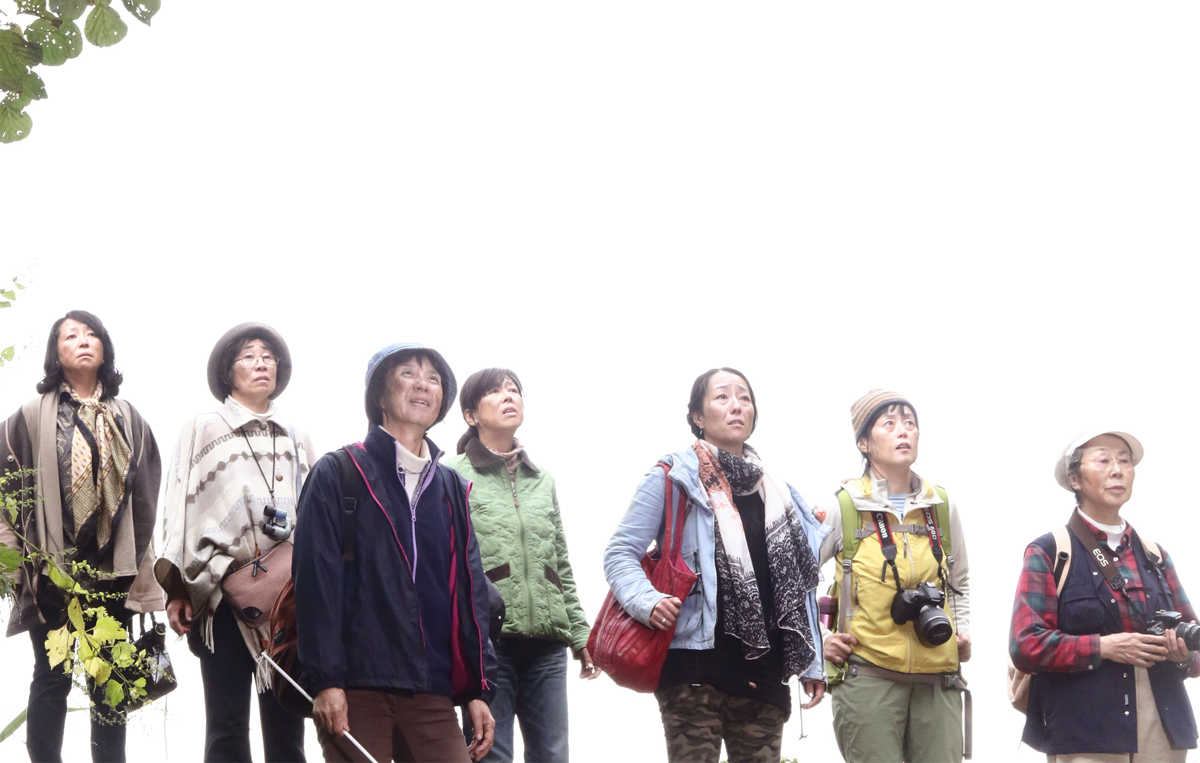 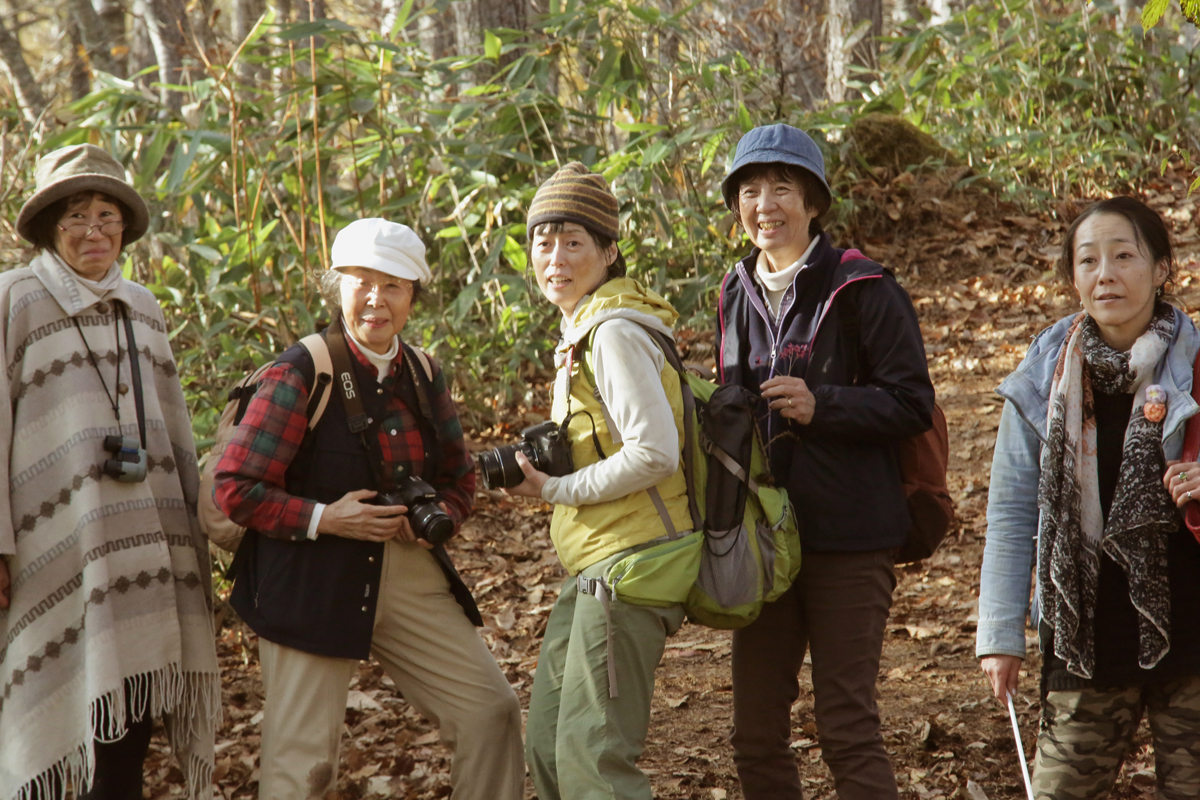 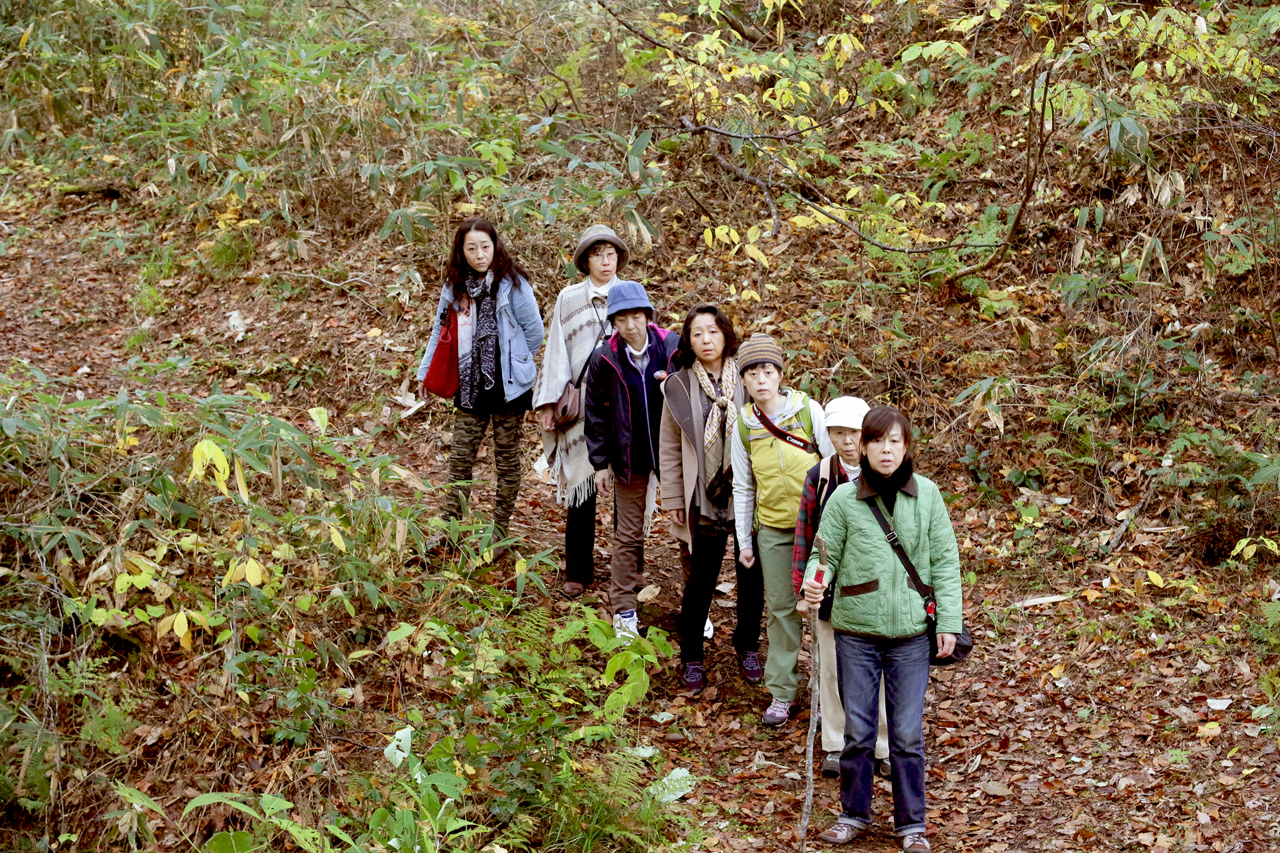 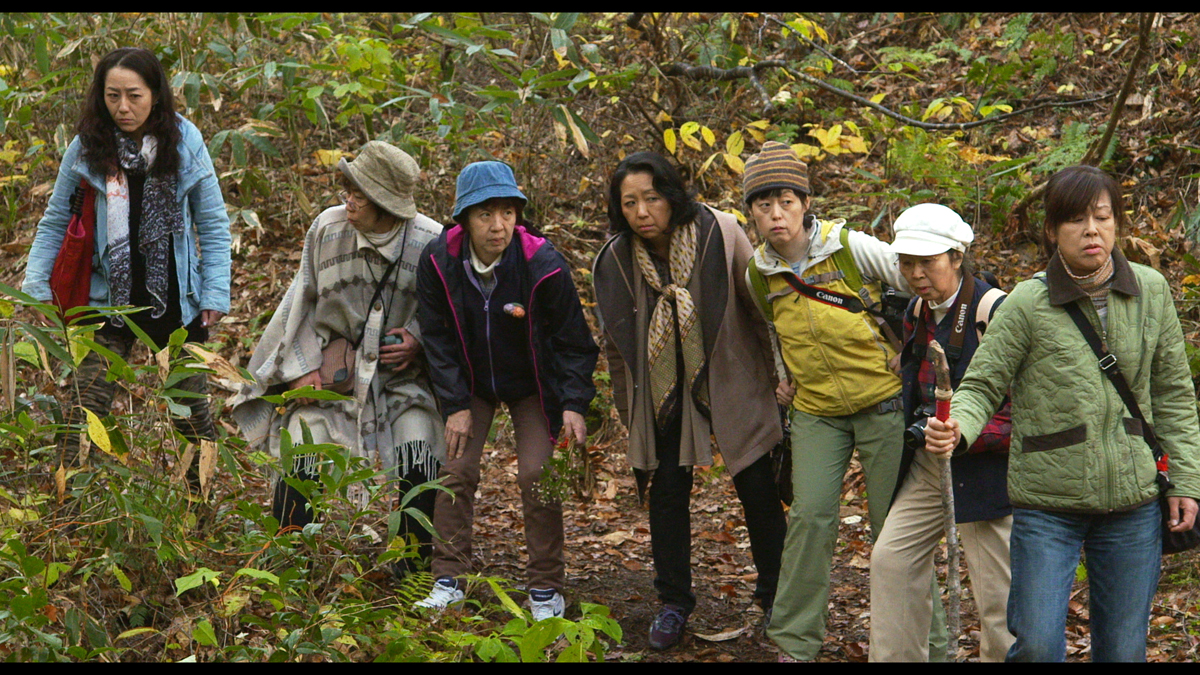 Seven women aged between 40 and 80 join the Leaf peeping/Grand Mythical Waterfall/Hot Springs tour. The women chat, pick berries, take photos and generally enjoy themselves as they follow their unreliable guide to the waterfall. Then the guide disappears, leaving the women stranded in the woods. Thrown into an experience far removed from their ordinary lives makes them reflective.

Here comes the latest film directed by OKITA Shuichi who
has shown the value of repetitive routines in everyday life,
especially through cooking, in his 2009 film The Chef of
the South Polar. In Ecotheraphy Getaway Holiday as
the male tour guide suddenly disappears, seven women
who are expecting a pleasant hike to a mythical waterfall
get lost in the hills. Confronted with cold, hunger, and fear
of not being able to return home, these women find a way
to survive together with their wit and talent. The solidarity
of seven women is not the same as that of OGIGAMI
Naoko\'s women in Kamome Diner, which supports a
new life at a new place. It becomes an encouragement
to restore their self-confidence and to go back to their
present life which might be full of hardship. In this sense,
ecotherapy as stated in the title refers to the experience
that makes grateful the ordinary activities such as eating,
sleeping, and resting that are taken for granted rather than
a tour which often ends in a temporary deviation. More
importantly, this ecotherapy offers a chance to reconsider
what feminism can mean. Additionally, the natural
performance of non-professional actresses overlaid with
the sounds and images of nature honestly carries the joy
of existence. [PARK Mi-young]