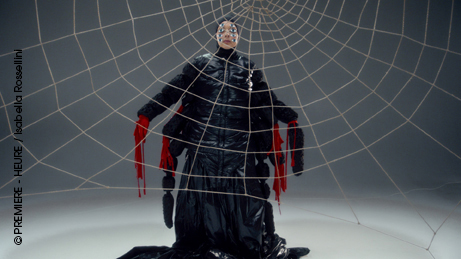 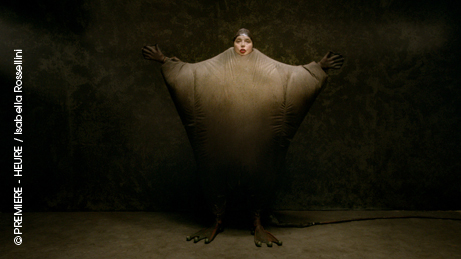 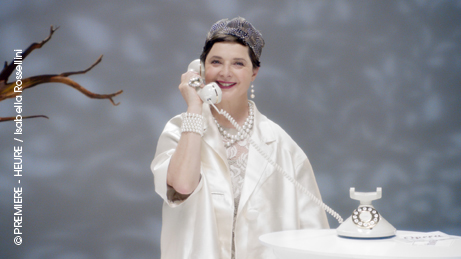 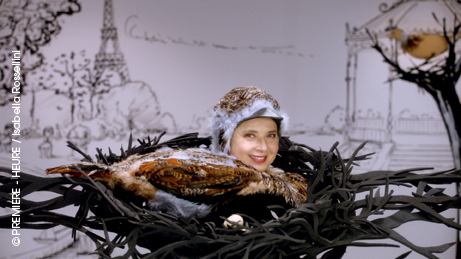 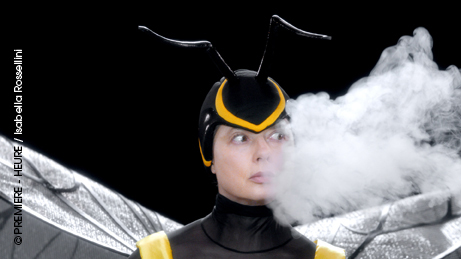 Isabella ROSSELLINI, who has a successful career not only as an actress but also as a director of short films, TV series and movies, webisodes, has produced another series of short films on the motherhood of creatures in nature. She stars herself acting the behavior of birds, fish and insects in funny and hilarious costumes while challenging the ideas of materiality and femininity such as the self-sacrifice, monogamyoriented, altruistic propensity, which are supposed for women to bear ‘naturally’. [HWANG Miyojo]