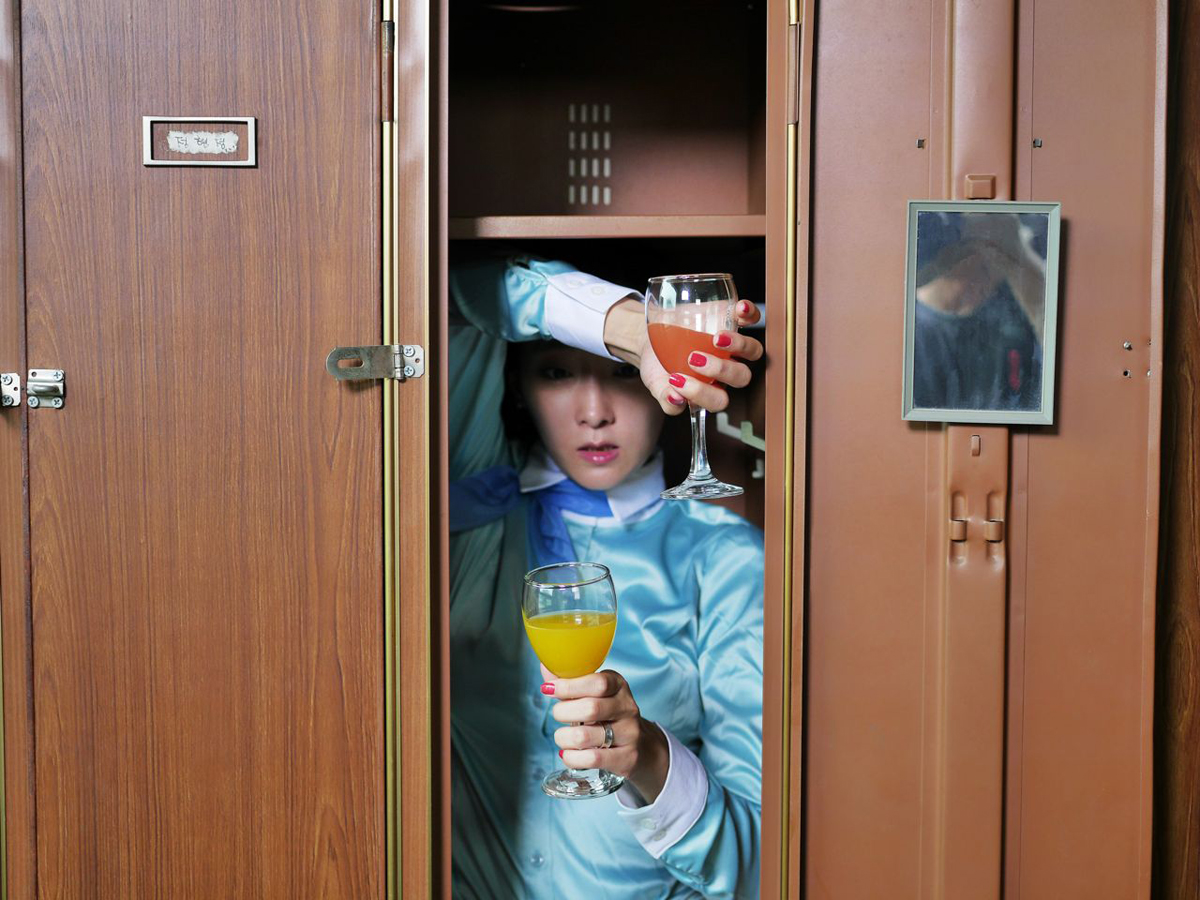 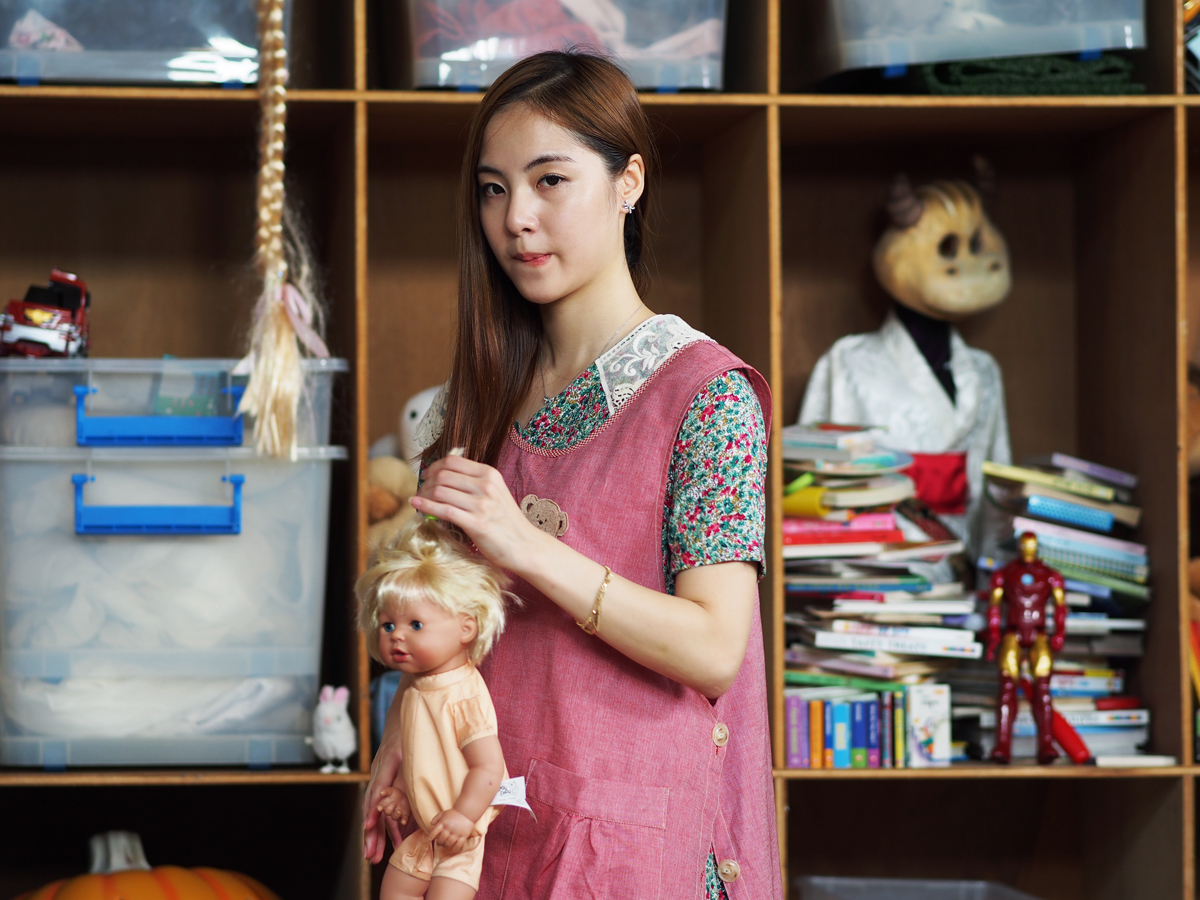 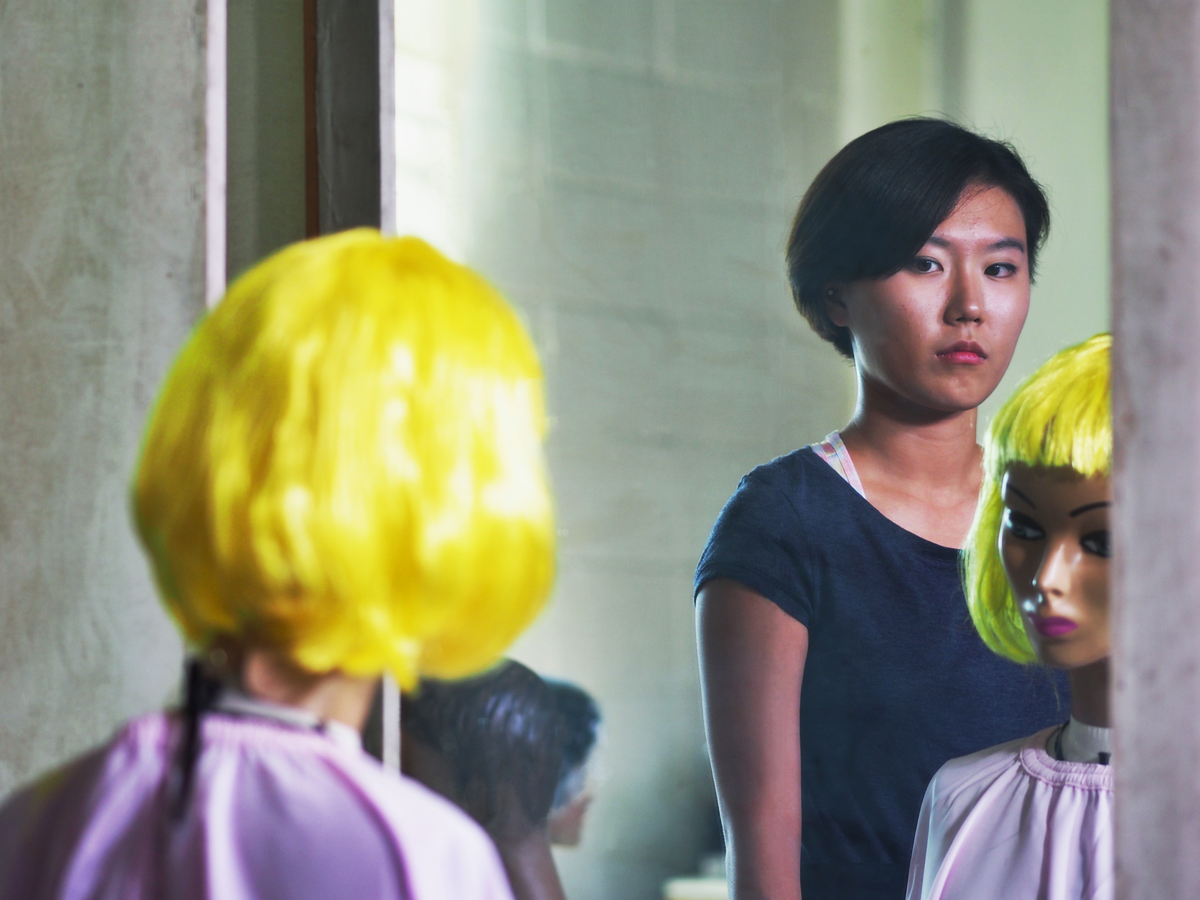 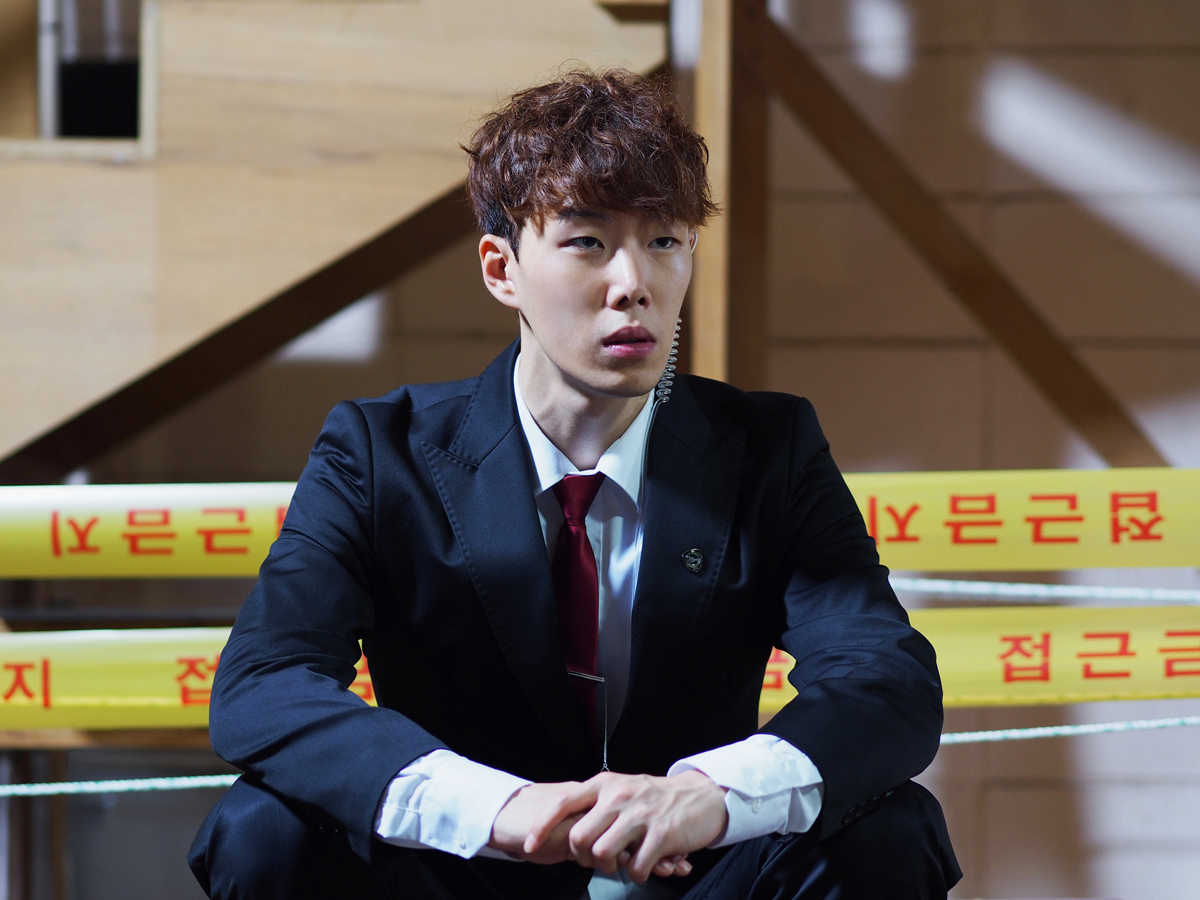 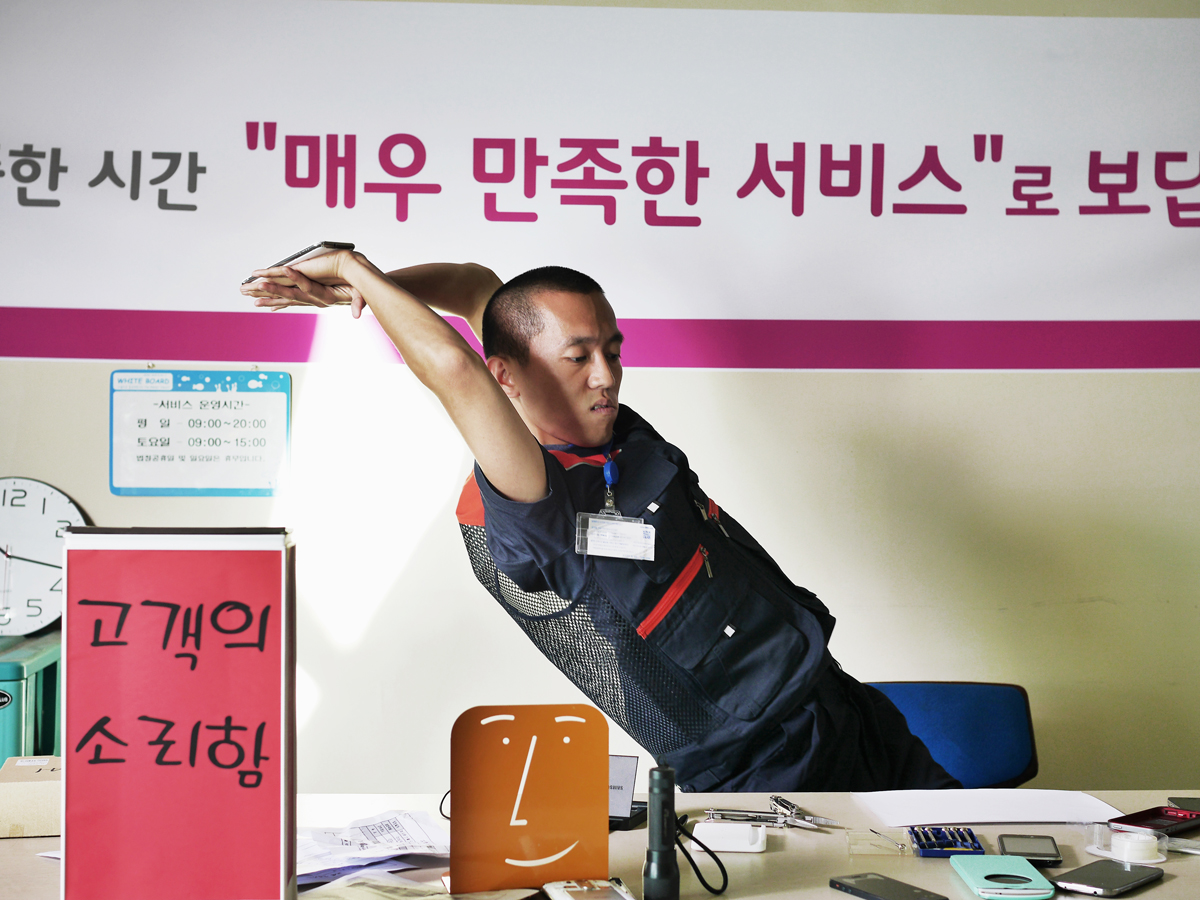 The emotional society on stage

Like performing given roles from society, dancers take each different roles as emotional laborers. Performers endure at standstill for 2 minutes and 30 seconds in an interpreted space. At that moment, I keep saying “Smile, please.” In exaggerated sounds, these frozen performers tolerate the time and adjust their emotions. Ruptured duration of the video shows itself twisted by the spell ‘try to smile’ in physical and mental pain.

Whiling watching The emotional society on stage, audience see actresses and actors, one after another, pose without movement in uncomfortable positions. They are in costumes which audience can associate with specific jobs most of which fall into the service sector. The voice over accompanied is from the real workers who are involved with these \"emotionallabor\" based jobs. The heavy suffering of the emotional labor is transmitted by the physical torture to the audience and is amplified with sighs and stumbles of the actresses/actors after the director\'s cut shouting. [HWANG Miyojo]