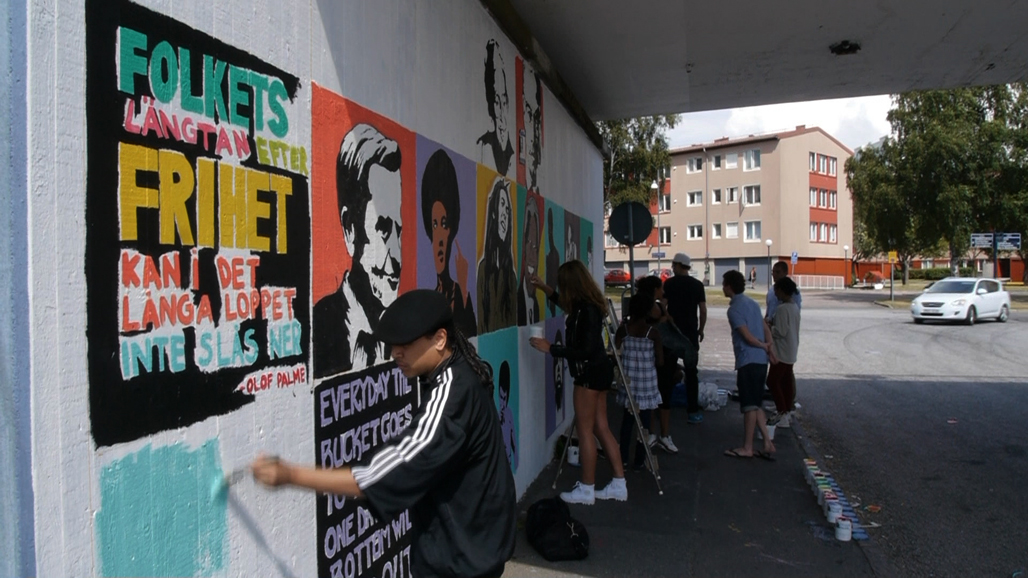 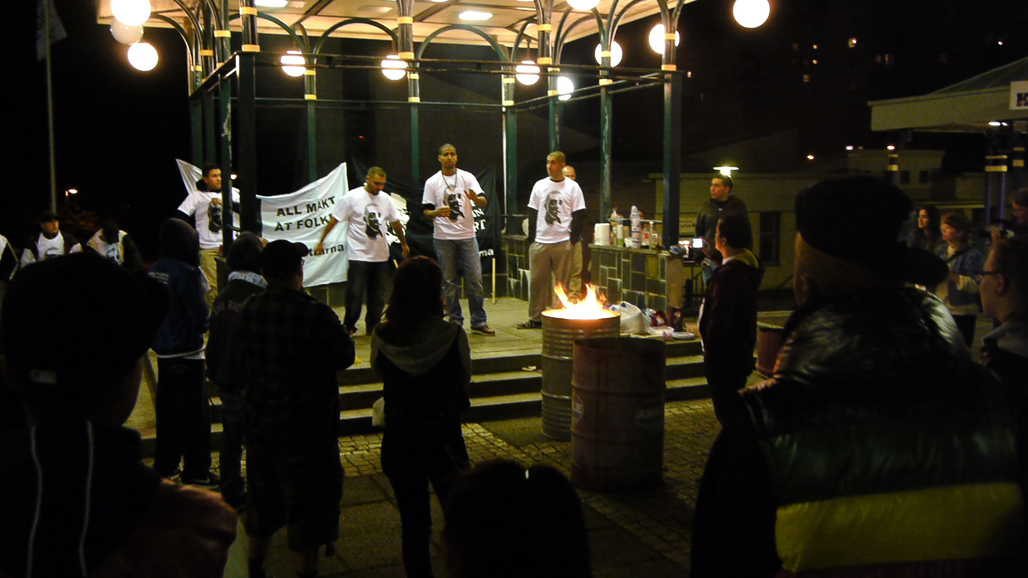 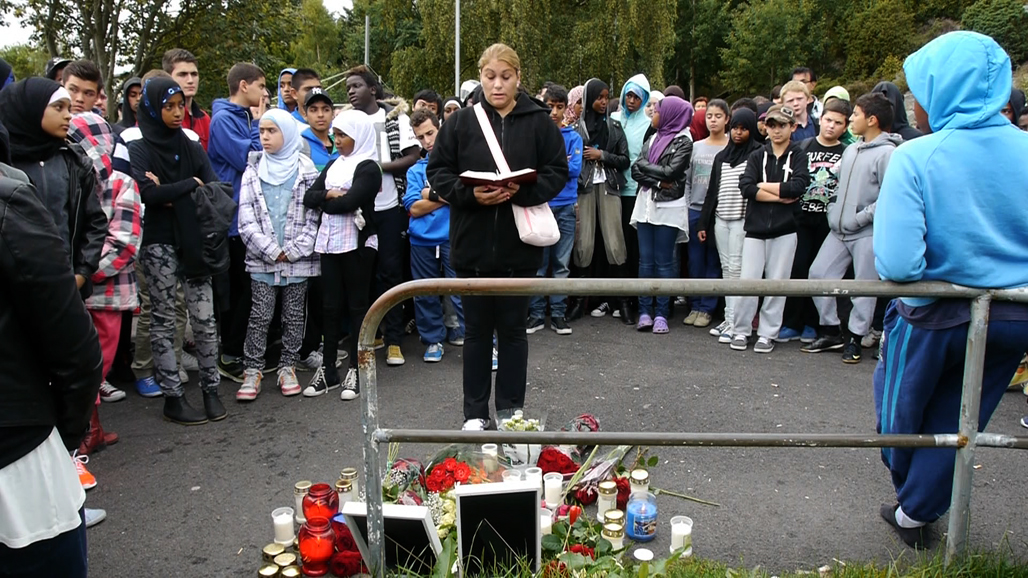 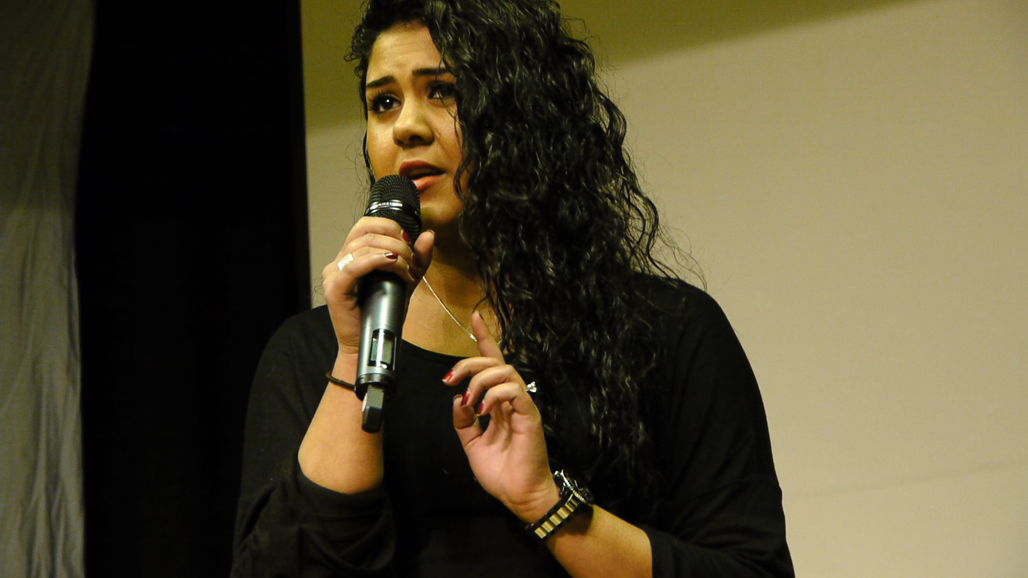 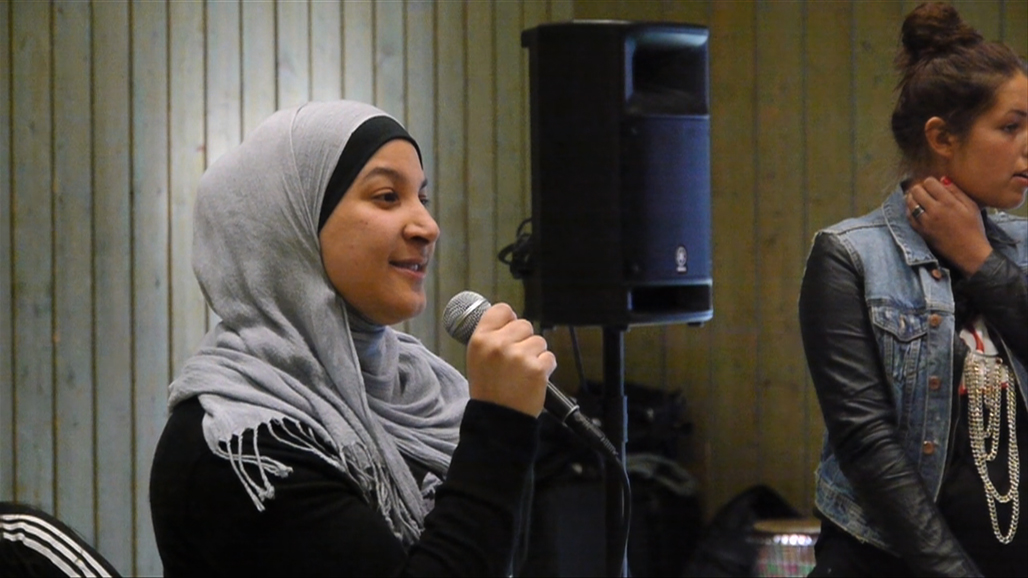 Biskopsgarden in Goteborg, Sweden, has suffered several shootings resulting in deaths. Young people in the area refuse to stand by and watch while the world around them collapses. They organize themselves and form the Panthers for the restoration of the suburb.

A documentary about a political party, The Panthers in Biskopsgården in Göteborg, Sweden. This film, the sequel to Do Not Treat Us like Animals (2012), shows the potential energy of the young people in Sweden. They voluntarily organized a resistant political movement, not simply accepting the worsened welfare status in Sweden, which is known for its state-run welfare system. This town where a majority of the residents are immigrants and Arabs has great difficulty with the reduced welfare budget, which has caused poverty, and an increase in the number of crime organizations. As the number of gun-related death has been increasing, the youth of this town decide not to look on their world collapsing with folded arms. Inspired by the Black Panther Party, an independent black organization in the U.S., they organized a party the Panthers and requested their right to participate in the process of the decisions that the politicians and civil servants make in order to give more power to the people. The Panthers invited Bobby Seal, the founder of Black Panther and held the International Woker’s Day festival. Furthermore, they fought for the reopening of the youth center closed due to lack of budget. During this period they made mistakes and experienced conflicts. The Panthers was finally promised the reopening of the youth center, received an apology from the press reporting their dead friend in a wrong way. It was indeed the power of civic participation. Three directors of this film tell an amazing story about the struggle for social justice in direct cinema-style with the insertion of simple and strong typography filling up the screen like a propaganda film. [CHO HyeYoung]