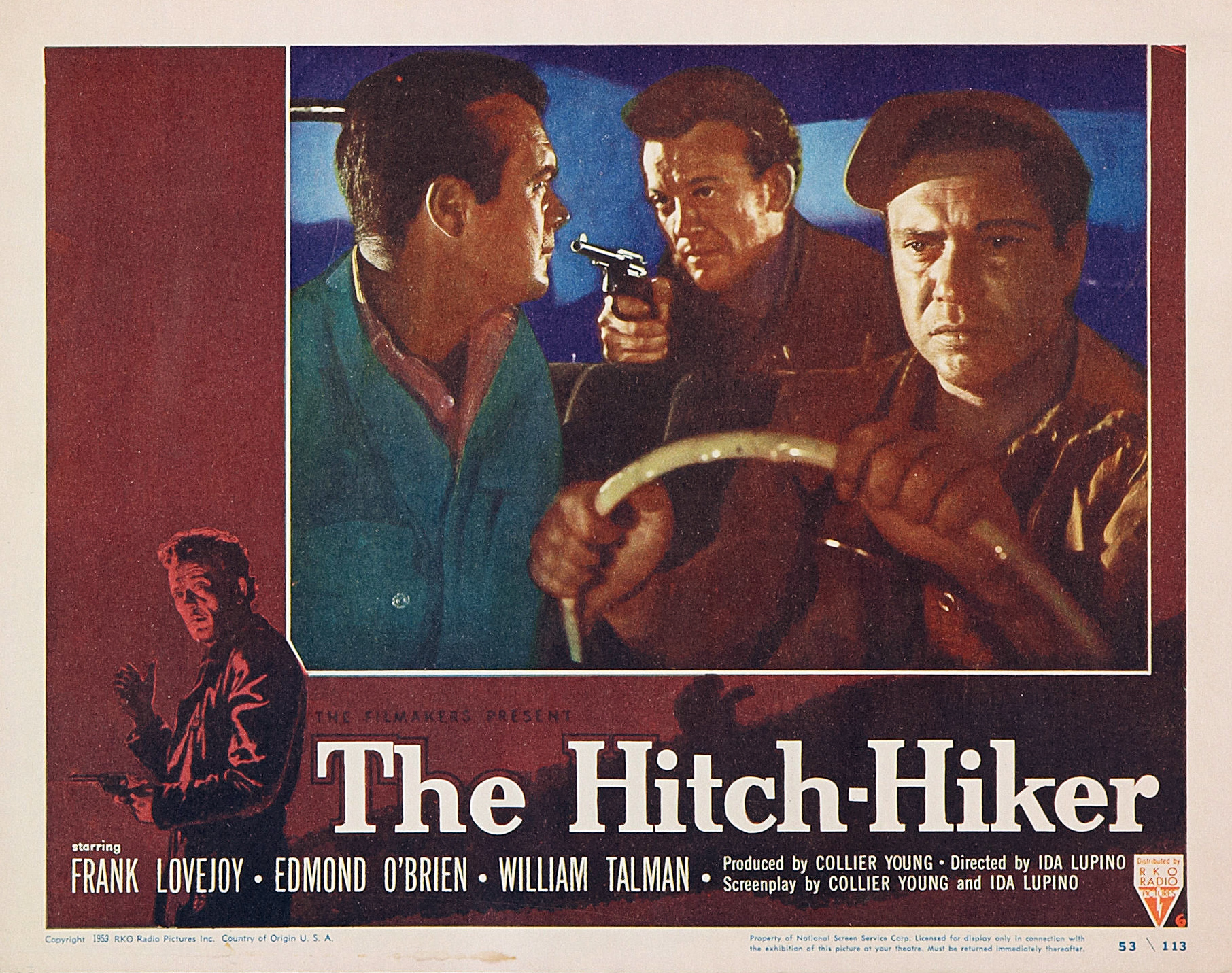 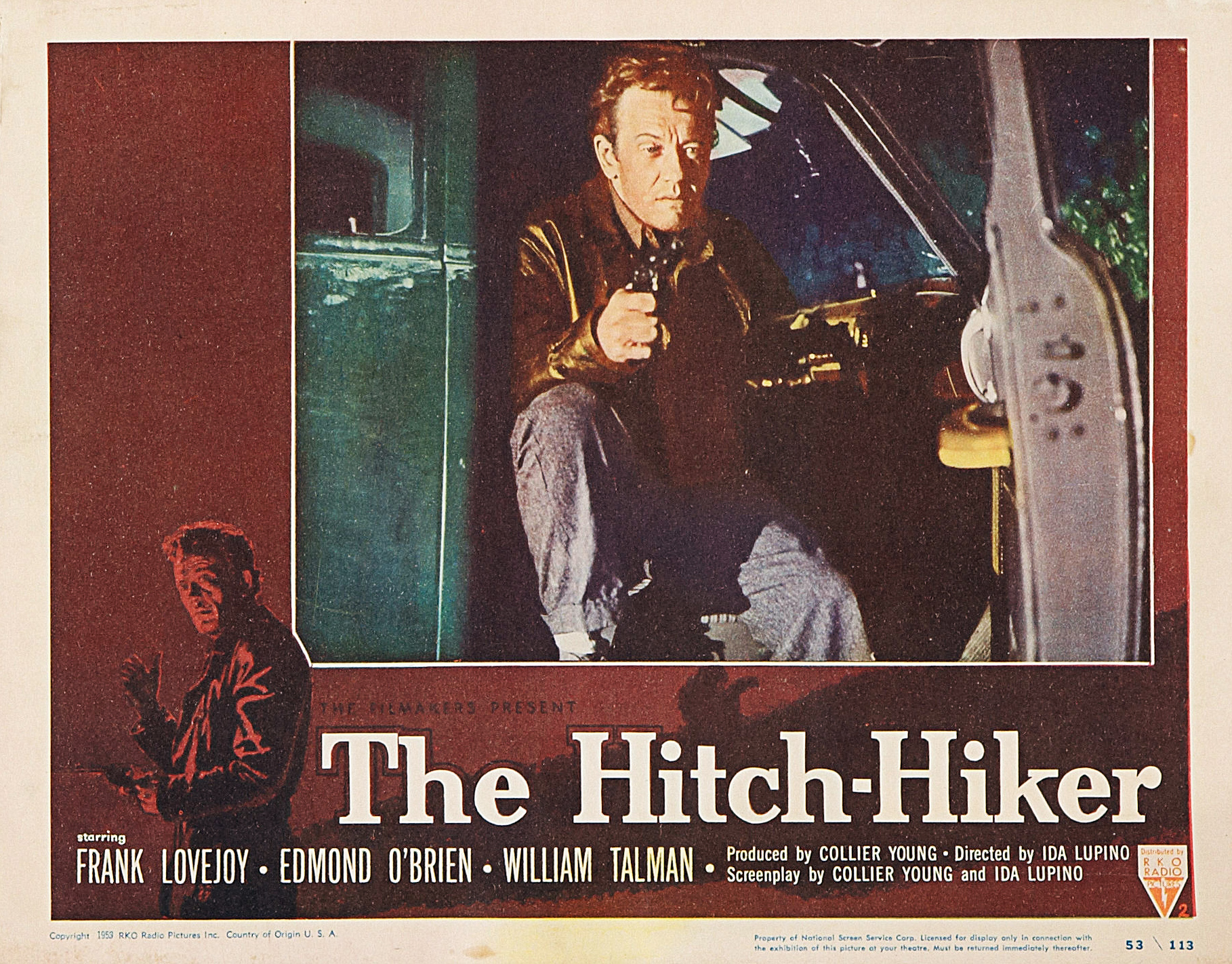 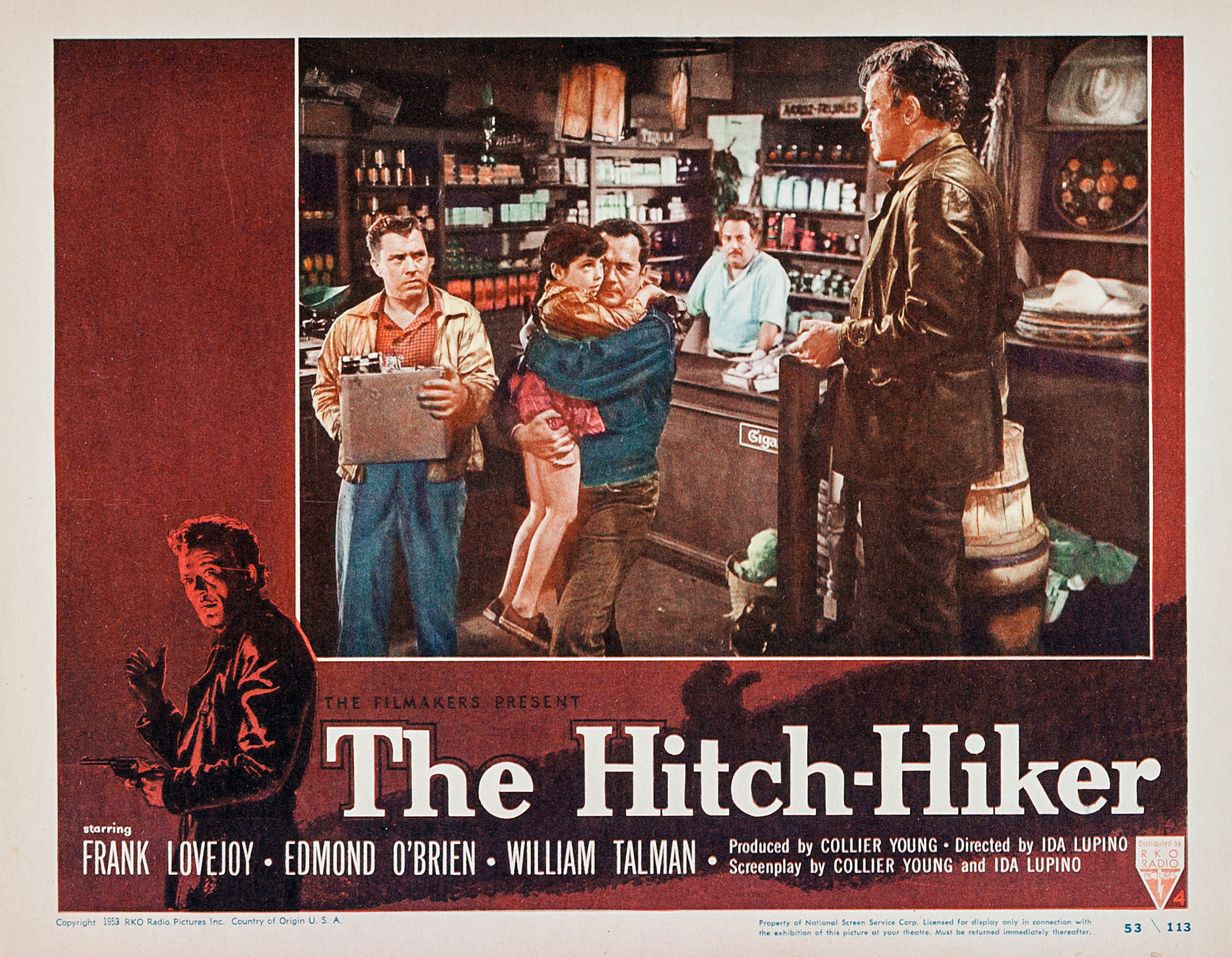 Synopsis
Two men returning from a fishing trip decide to pick up a hitch hiker. Unfortunately, the man turns out to be a deranged serial murderer with an intense hate of humanity, due to rampant abuse as a child. Unable to escape, the men are especially terrified by the fact that the murderer has an eye that can never close, thus they never know whether he is ever truly asleep.

Considered the first noire film directed by a female director, The Hitch-Hiker is a crime drama from 1953, cowritten and directed by Ida LUPINO. The film begins with the opening subtitle: \"This is the true story of a man and a gun and a car.\" Based on the true story of a hitchhiker serial killer whose crimes created a sensation in 1950, this film addresses passivity and violence in the world of men after the war in a noire thriller, an extremely masculine genre. Female characters hardly appear in this movie, and the audience can steal a glimpse into the director\'s experiment on the public with a gendered genre. With outstanding mise-en-scene and montage techniques, the opening sequence reenacts the danger and the violence of the killer in noire style, and the scene switches to show a car running on a highway in the middle of a vast plain. Two middle aged white men are on a road trip, taking time off from their families and the fetters of the world. But then, a sociopathic hitchhiker appears on the scene to accompany them, turning the men\'s exciting adventure into a horrific experience without and exit for two captives. Following the characters\' journey across the Mexican border to an Oceanside village, the film\'s generic style maintains its tension, gradually increasing the claustrophobic pressure and psychological frustration. Occasional extreme long shots of the desert, highways, and cars far away show open spaces, but most of the narrative occurs inside the small car, campsites after the nightfall, isolated desert, and small shops in Mexico where the characters have a language barrier. Through the gun in the killer\'s hand and his unblinking right eye, LUPINO effectively brings to the fore the nightmare of ordinary men exposed to the principle of violence in post-war US and surveillance. [PARK Hyun-sun]