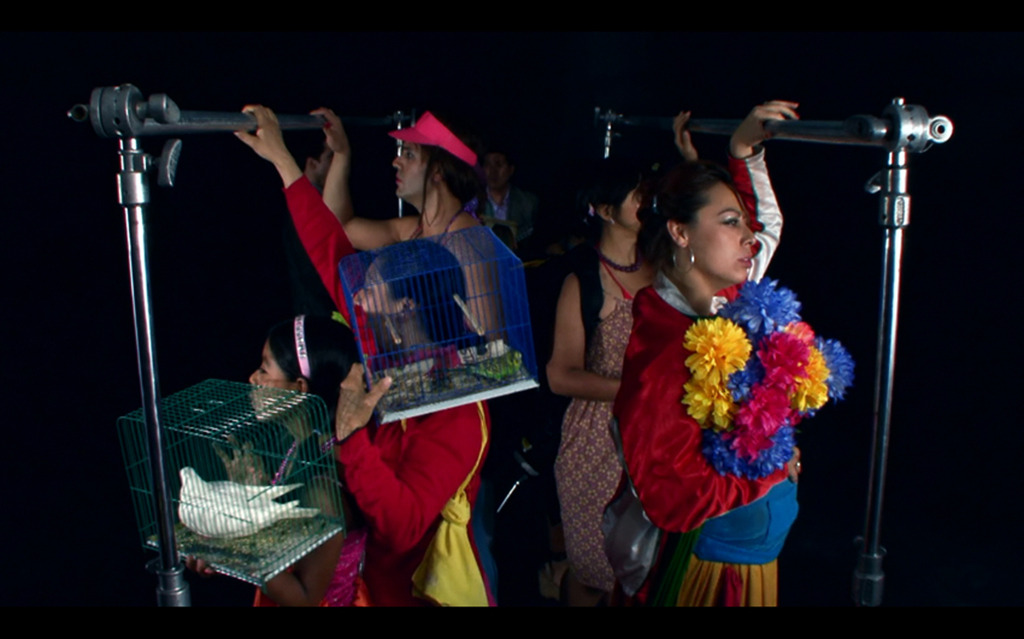 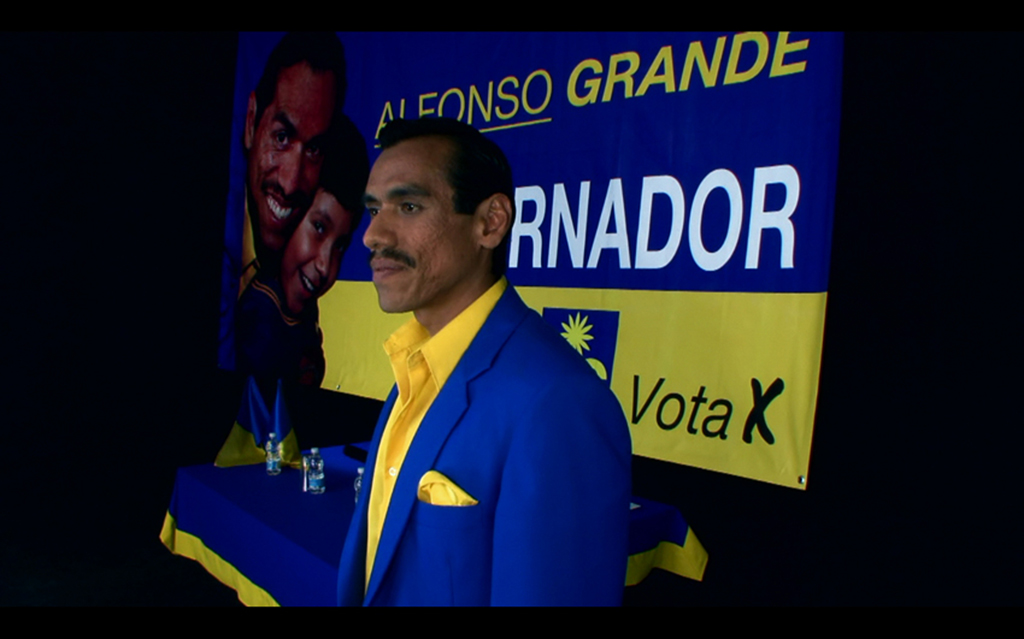 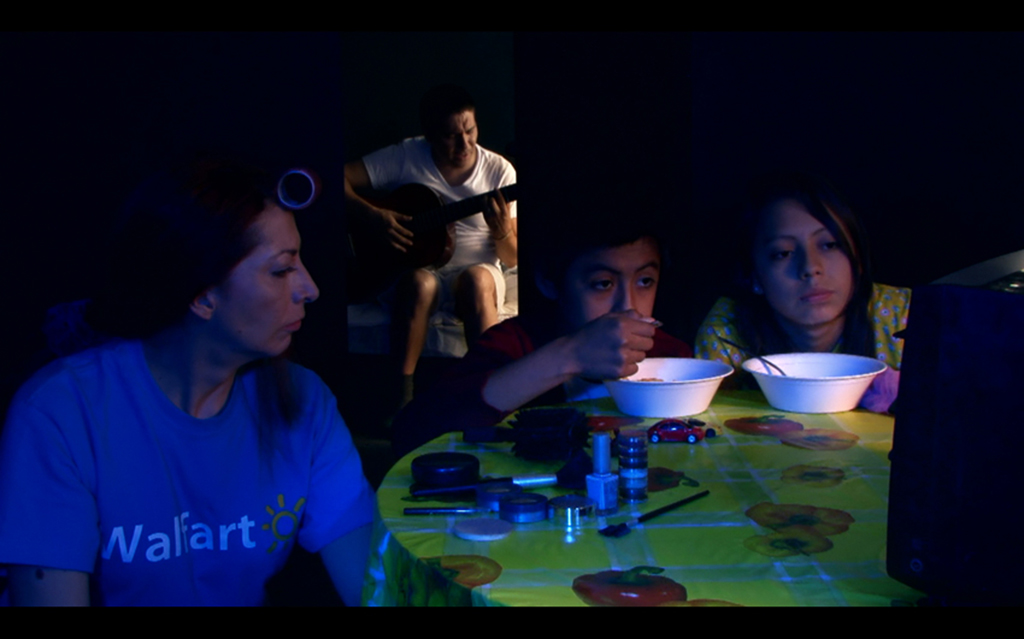 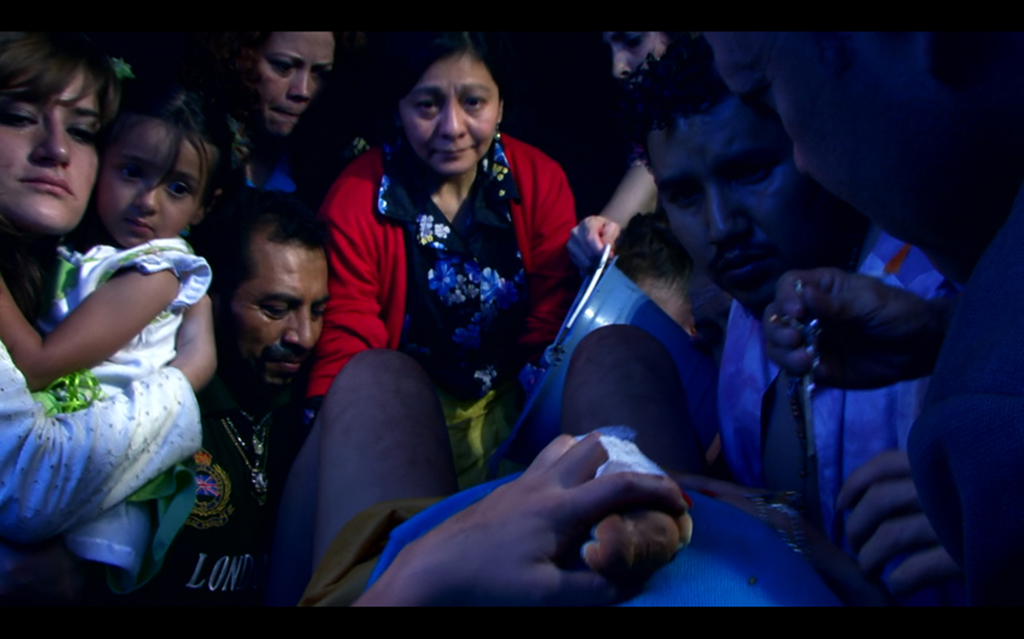 An extraordinary black comedy that explores the limits of survival and absurdist political power games.
The story takes place in times of elections in Mexico. A candidate for Governor runs over a pregnant migrant. He hides her in a building he owns. Pressured by his political boss and so as not to ruin his political career, the candidate evicts the migrant. In a non-realistic style, the film focuses on the stories that surround the migrant.

A black comedy that examines the absurdities of political power games. Caldonna, a pregnant migrant woman who sells flowers on the streets, becomes a victim of a car accident. The driver happens to be Alfonso Grande, a politician who is going to run for governor in the upcoming elections. After causing the car accident, Grande hides Caldonna in a building he owns. But as the election draws near, Grande chases her out onto the streets again in order to avoid being caught up in a political scandal that may jeopardize his career. Meanwhile, a girl tries to help Caldonna find a home by appealing to the authorities with Caldonna\'s unfortunate situation, but her appeals fall on deaf ears. This is not surprising, since those in power governing law and politics put their careers before the welfare of the marginalized. To them, law and politics are simply a means to gain personal power, rather than a safety net to protect the vulnerable. What is fascinating about this film is that it tries to break through the absurd reality of Mexico\'s political social landscape with radical and experimental film aesthetics. The film uses a fixed camera, much like the early films that shot theater stages. Furthermore, the film\'s miseen-scène consists of a black background set with actors who, each wearing different colored costumes, are either moving or positioned in the foreground or background of the set. The use of off-screen sounds and an editing style that compresses the storyline heightens the film\'s experimental atmosphere. When contemporary political reality is considered to be irreversibly damaged and leads to indifference and cynicism, perhaps one solution could be anti-realistic fabulation. [Sunah KIM]