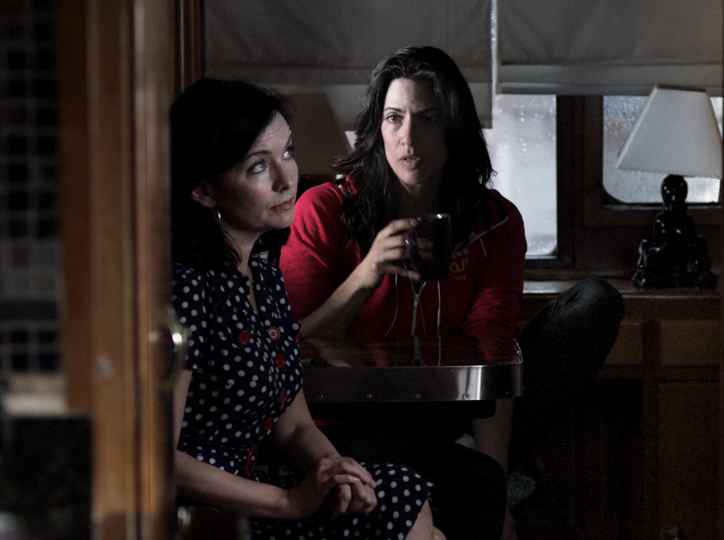 Synopsis
Seven women and one fab gay guy head to a secluded ranch. They start off as always, old rivalries in place, extreme vanity covering great insecurities, but a true love for each other underneath. Several drinks into the first evening, they uncover a dark secret. The ranch is the site of a mass murder of teenage girls 15 years earlier. Blood stains floors under replacement carpets. The killer still runs free. When one of them is discovered dead, the weekend turns into a race to get out of the surrounding forest and escape death.

Seven women and one fab gay guy head toward a secluded ranch to enjoy their own party. They competitively show off their wealth as usual, hiding their extreme anxiety. Despite their rivalry, they have affection for one another. Drinking late at night, some of them find the secret of the ranch. It was the scene where teenage girls were slaughtered 15 years ago. There are bloodstains underneath the carpet, and the criminal is still at large. As one of them is found dead, their party becomes a bloody race for survival. Crazy Bitches is the second feature film of Jane Clark, who is an actress-turned-director. Many of prominent actresses in the indie film industry such as Guinevere Turner appear in this film, showing off their friendship with the director. As the director whose specialty is not horror genre puts more emphasis on the enjoyable production with her friends, the balance and harmony of the actresses makes this film worth seeing. A woman director\'s unfamiliar combination of horror and comedy is another key to this film.