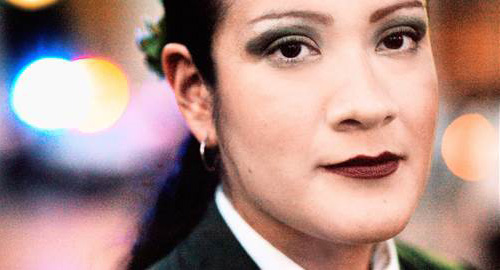 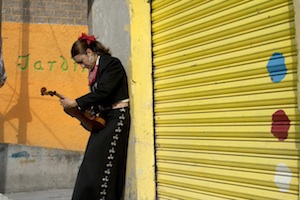 Mariachi is an essential part of Mexican culture. It’s more than just music; it`s a lifestyle that views the world from a macho perspective. The business is tough and women are seldom appreciated in this strictly male domain. Nevertheless, a handful of female musicians choose to be Mariachi. One of them is Maria del CARMEN. Against the backdrop of the folky `Dia de los Muertes` celebrations, the director, Doris DORRIE accompanies her and her fellow female musicians to their performances on the streets of Mexico and throughout their daily lives. When the Mariachi women sing about death, love and poverty, the heavy issues of everyday life in Mexico City appear slightly more bearable.

Is there a people who loves and enjoys music as much as the Mexicans? At funerals, birthday parties and romantic dates, Mexicans console each other, celebrate or heighten romance through music. And there is no doubt that the \"Mariachi\" is an essential part of Mexican music culture. With the accompaniment of instruments such as the guitar, violin and mandolin, Mariachi artists put their heart and soul into singing songs that are \"tailored\" to the audience\'s tastes, only to get paid 10 pesos per performer, which is less than 1,000 Korean won. In this film, director Dorris DÖRRIE focuses her attention on the female Mariachi performers who are driven by their musical talent and passion while fighting against the animosity, discrimination and sexual harassment of men as they perform in \"town squares\", a place that is particularly unwelcoming to female artists. As mothers and wives with families to care for, these women constantly shuttle back and forth between household chores and childrearing on one hand and their identity as musicians and the emotional labor that comes with performing on the other. Despite the despair and exhaustion they sometimes feel as they struggle between two worlds, the female Mariachi artists confess that they find liberation and confidence when they truly connect with their audience through their music. The film also features interviews and performance footages of \"Las Estrella de Mexico\", the first-ever female Mariachi band that was formed about 50 years ago, which serves as a testament to the relentless artistic spirit and pride of female Mariachi musicians, as well as the significance and uniqueness of the tradition and genealogy that they are rewriting. [JOO You-shin]