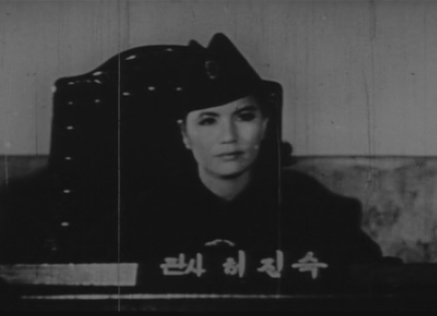 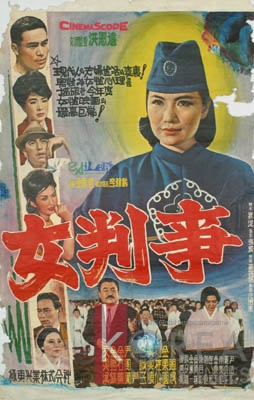 A husband is jealous because his wife is a judge, an occupation high on the social ladder. His stepmother harasses the judge, using his jealousy against her. And his sister also has no intention to give peace to her sister-in-law. But the judge tries her best to do her two duties as a judge and as a wife.

A Woman Judge reflects on the life of a Jin-suk, a
woman judge, to ask the question of whether it is
possible for women to have a peaceful coexistence
of a marriage and a career, as a good wife and as a
competent judge. The most memorable part of the
movie must be the words of Judge HEO Jin- suk, our
protagonist. By stating that \"I am not a woman until I
become a judge,\" \"Just because a woman has a job
does not mean it will 100% result in the destruction
of a good family or household,\" \"It is very important
that women in Korea strive to work for the elevation
of the status of women,\" HEO Jin-suk talks about the
status of women in Korea from the perspective of a
woman who has both a career and a family. Jin- suk\'s
speech seems to reveal her own conflict, which is the
universal, unsolvable conflict between private and
public life that women experience that is repeatedly
pointed out and expressed by Jin- suk.
Jin-suk ends up solving the murder case, which
involves the entire family members of three
generations, by \'herself,\' using the \'law\' and in doing
so redraws the boundaries of the status of \'women\'
and stabilizes the family. The incidence and quick
solution of the murder case that took place between
relatives become a turning point for Jin-suk to firmly
establish her position in the family as a wife, daughterin-
law, sister-in-law and as a woman. However, the
film\'s attempt to expand a family melodrama into a
thriller genre seems out of place and incomplete, just
like the social status of women who cannot have a
peaceful harmony between career and family. There
are some unreleased scenes of the film, but all of
them are very probable of happening and therefore
easy for the audience to predict, precisely because
the dilemma that Jin-suk goes through as a woman is
still ongoing for the women of today. [Sunah KIM]