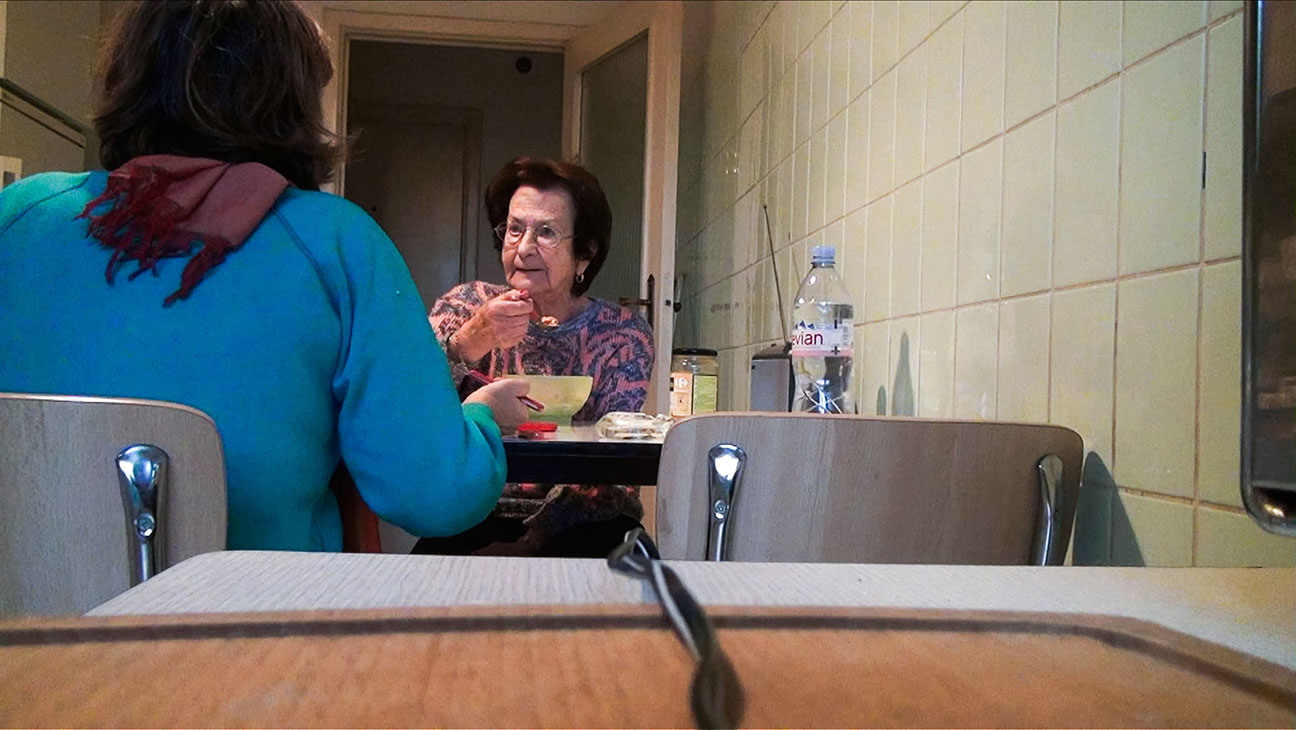 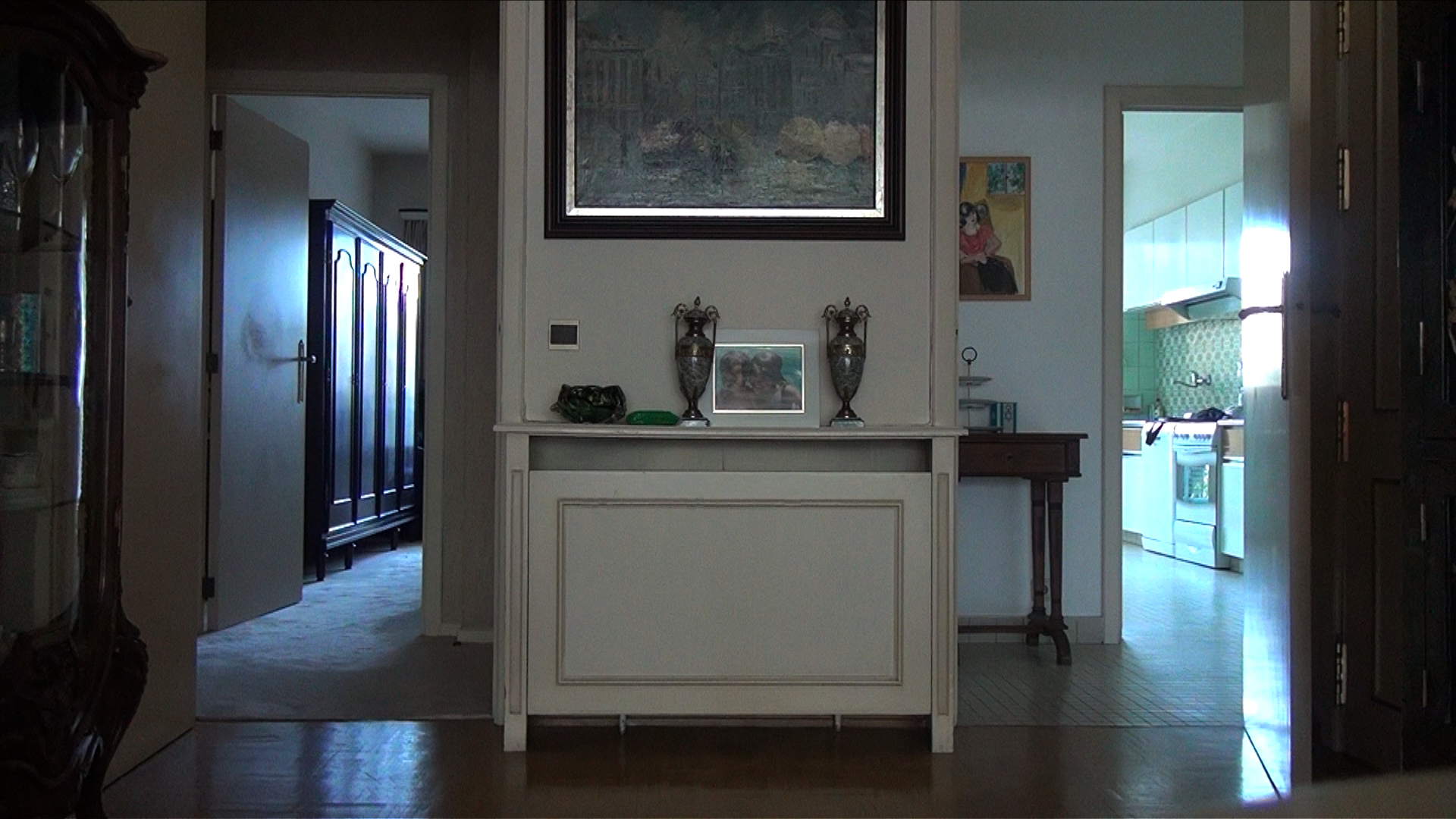 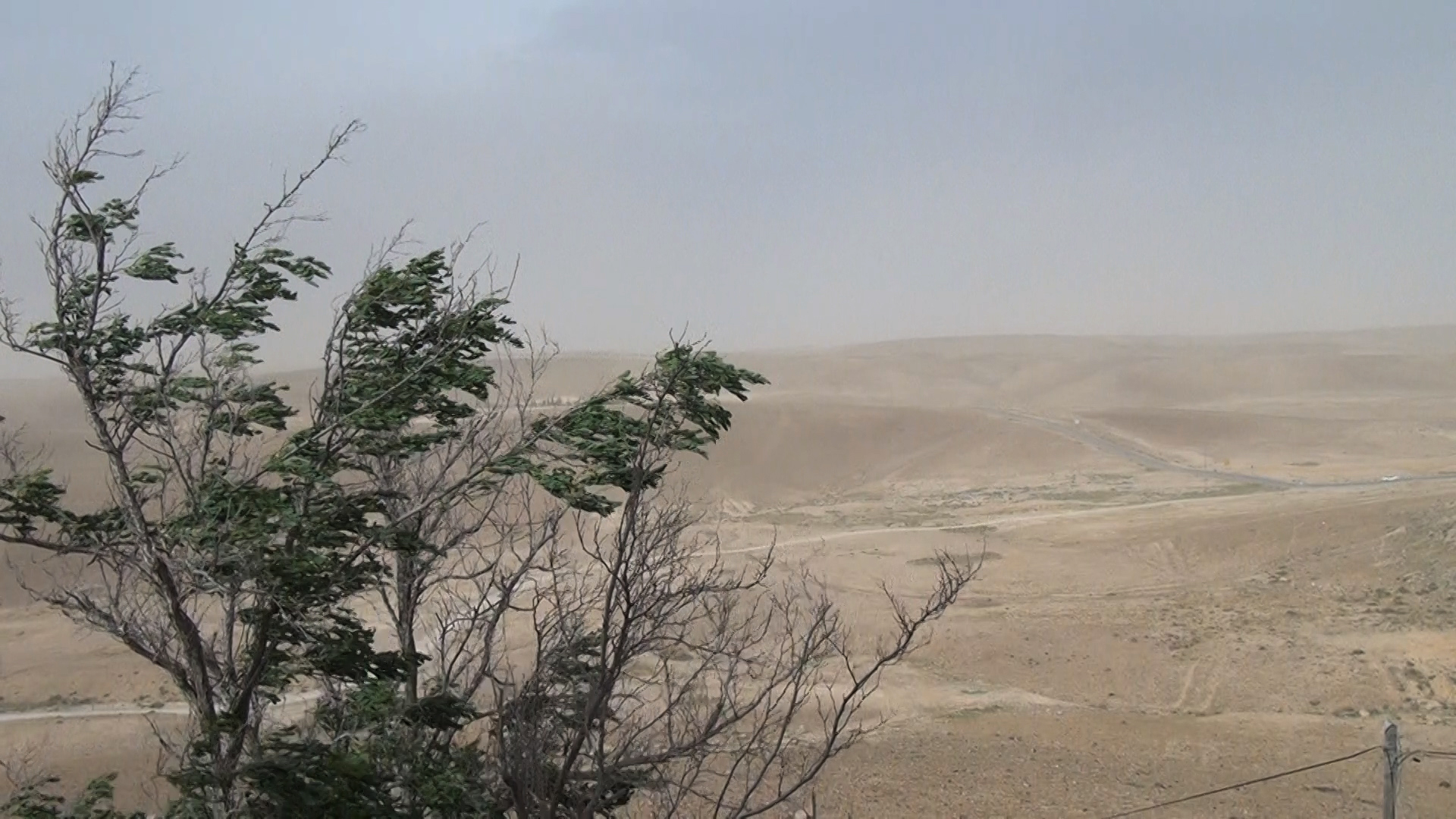 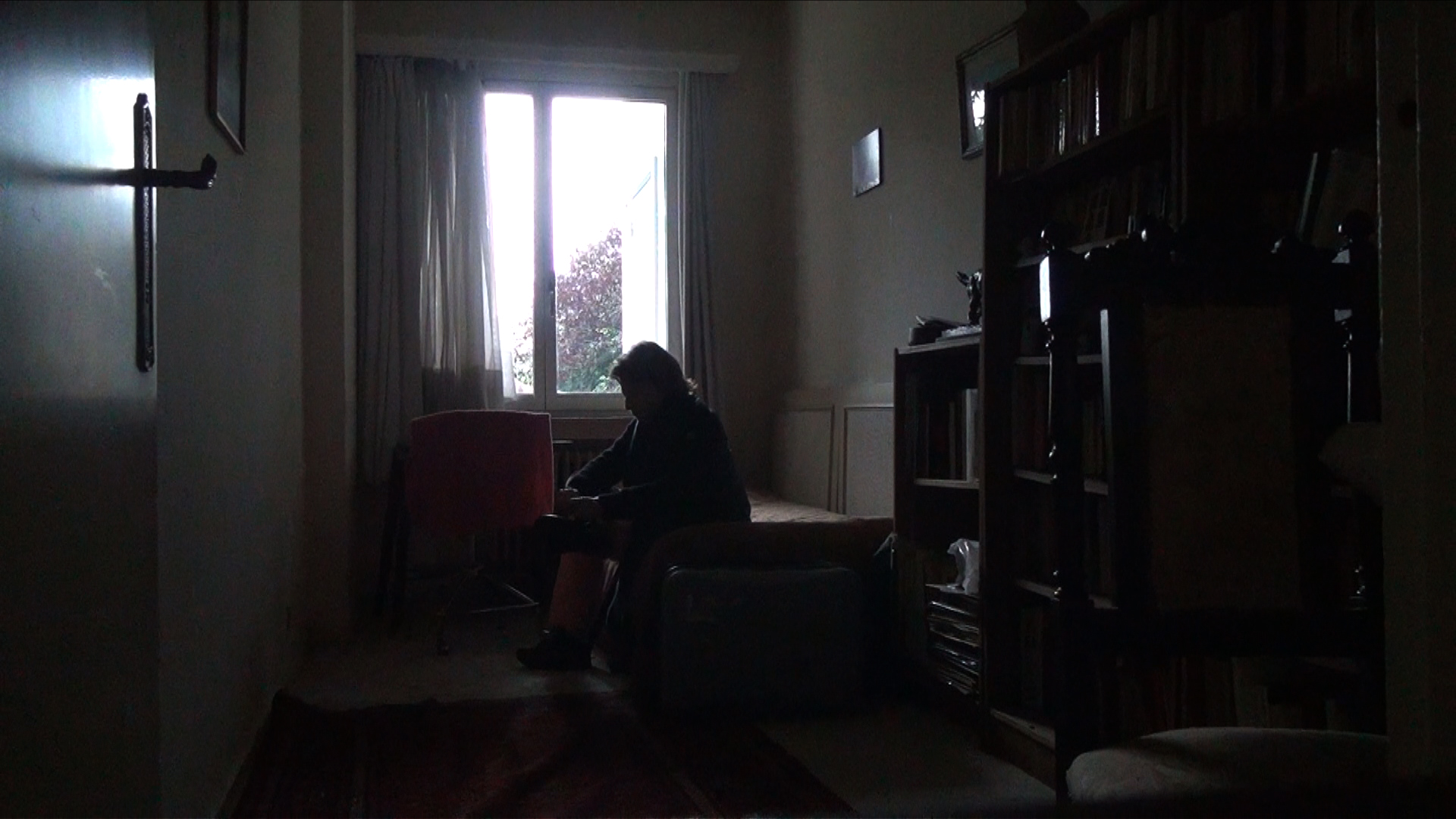 This film is above all else about my late mother. About this woman who came to Belgium in 1938, fleeing Poland, the pogroms and the abuses. This woman we only see in her apartment in Brussels. It’s a film about the changing world that my mother does not see.

me Movie is a film about Natalia, the mother
of AKERMAN and she called her \'the center of
her oeuvre\'. She tries to capture and preserve the
memory of her aged mother who didn\'t have much
time left to live. No Home Movie displays the formats
and subjects used in her previous works in a primitive
way. Endings become new beginnings. A room and
a kitchen shot in a fixed angle, a parallel tracking
shot of a bleak landscape, the mother who was a
Polish immigrant and Auschwitz survivor now living
as a middle-class homemaker in Brussels, and her
peeling potatoes- all of these are contained in this
film. It seems an asymmetric response to an epistolary
experimental film entitled News from Home (1977)
produced while AKERMAN was living in New York
City. In 1977 there was a time lag when two women
corresponded with each other, but nowadays, they
talk via Skype in real time. News from Home shows
you the streets in New York where her mother was
absent, while her mother and her house, especially
the kitchen, are fully present in No Home Movie. The
inconsistent desires of having a deep affinity with her
mother and being independent from her may be the
subject of News from Home, while No Home Movie
says that there is \'no home\' since her mother wouldn\'t
be there anymore. Where is home? A self-described
nomad, AKERMAN has no home – no mother - to
return to. [CHO HyeYoung]