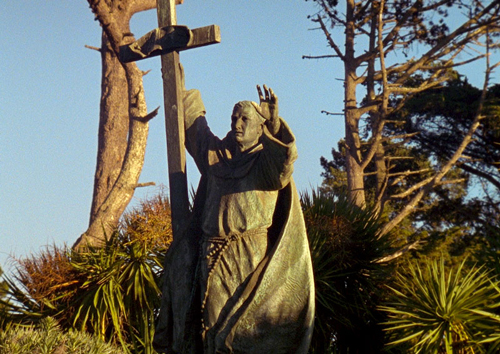 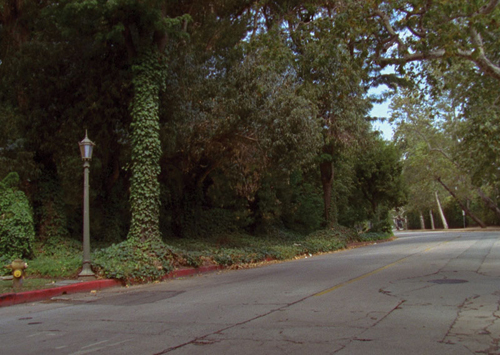 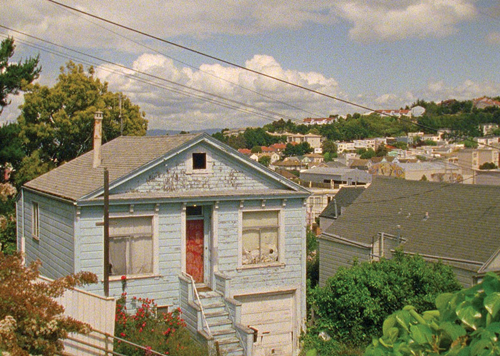 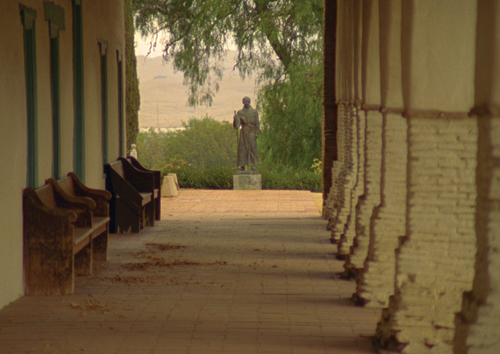 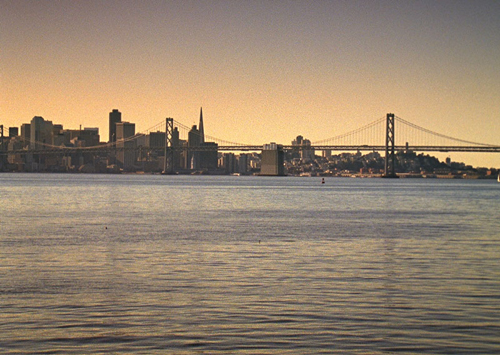 A cinematic essay in defense of remembering, The Royal Road offers up a primer on the Spanish colonization of California and the Mexican American War alongside intimate reflections on nostalgia, butch identity and Alfred Hitchcock\'sVertigo — all against a contemplative backdrop of 16mm urban Californialandscapes, and featuring a voiceover cameo by Tony Kushner.

This is the second film produced by film
historian Jenni OLSON, who is also known for cofounding the pioneering LGBTQ
website PlanetOut, which had a large influence on North America in the 1990\'s.
The Royal Road is a poetic film essay that uses stream-of-consciousness to
reflect on the act of remembering, nostalgia, and butch identity. With the
deserted city streets of California as its background, with no music but the
ambient noise of the city, we hear Jenni OLSON\'s voice-over narration.
Following this introduction, a multitude of colors and shapes overlay the
contemplative 16mm landscape shots to form the historical strata. A historical
account of California, the layers of history touch on the Spanish colonization
of California, the Mexican American war, and postcolonial California, while
also exploring and examining Hollywood classic films such as Billy WILDER\'s Sunset
Boulevard (1950) and Alfred HITCHCOCK\'s Vertigo (1958). Within these
historical recounts of colonialism and Hollywood cinema, OLSON also includes
her own autobiographic musings, talking about her childhood unrequited love, a
girl named Juliette. Regardless of whether or not it is a recounting of
history, urban anthropology, a film critique, or personal nostalgia, all of
these blend together to create an intimate and sentimental sensation. In
particular, the film\'s interpretation of Vertigo is very original. Just as
Jean RHYs\' Wide Sargasso Sea retells the story of Jane Eyre from the
perspective of Bertha (known as Antoinette COSWAY in the original novel), the
madwoman Creole wife who is confined in the attic, The Royal Road rewrites
the story of Vertigo from Carlotta\'s point of view, a Spanish woman who is
the model for a portrait and tragically ends her life with suicide. It is the
reinterpretation of a story written from a minority\'s point of view, and the
rewriting and re-reading of a classic story. The film depicts the topography of
desire through the land- and cityscapes. Nominated as one of the best American
independent films ever since its debut at the Sundance Film Festival in 2015, The
Royal Road is a must watch for those who love films, the queer feel and
sentiment, cities, and history. [CHO HyeYoung]