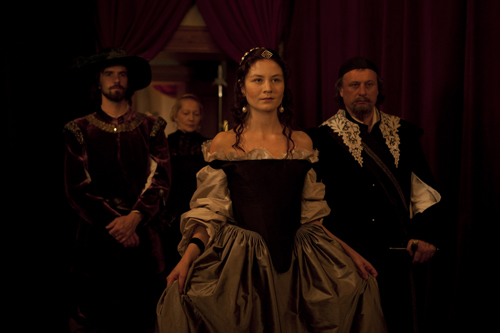 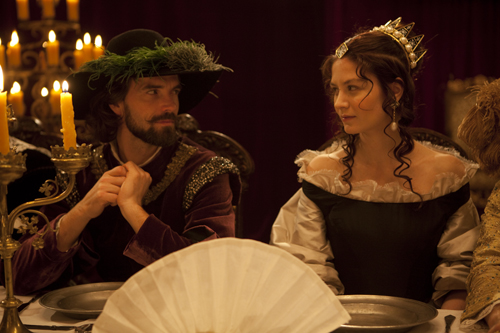 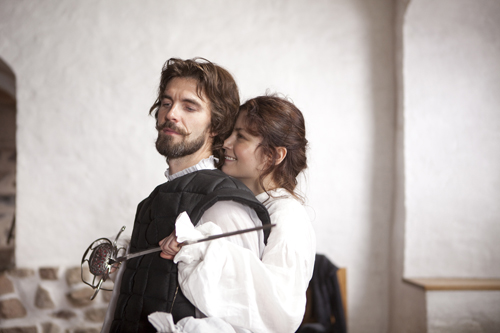 The Girl King is the story of Sweden’s Queen Kristina, an enigmatic young woman who defied convention, challenged tradition and changed the course of history. Torn between reason and passion; between her female body and being raised as a prince; between the ancient and modern worlds and between the brilliance of her educated mind and the terror of the emotions she could not understand.

17th century Europe is in complete disarray
and disorder after the Thirty Years’ War between the Catholic and Protestant
states. During this war, the King of Sweden, Gustavus ADOLPHUS, dies. After the
king’s death, a struggle for power takes place, and the only lawful heir that
can succeed to the throne is the king’s young daughter, Kristina. Having acted
on her father’s wishes by receiving the royal education of a prince, just as
any other heir would, Kristina ascends to the throne, not as ‘Queen,’ but as a
‘Girl King.’ Rather than leading Sweden into another war and turmoil through
strict Lutheranism, the bright and prudent Kristina advocates for
reconciliation with the Catholic states, using peace and understanding. As an
individual who loves science and philosophy, she befriends Rene Descartes and
discusses with him the human emotions, and invites Descartes to Stockholm as
her personal advisor and tutor. Under the constant oppression and suspicion of
the Council and her advisors regarding her sexuality, and her refusal to marry,
she leaves the throne at age 27 and travels to Rome, the holy land of science
and the arts, and the center of the Renaissance. She converts to Catholicism,
establishes the Academy of Arcadia, which soon becomes the heart of the Royal
Academy of Rome, and sponsors philosophers, artists, and poets. Today, Kristina
is one of only three women of the Victorian age to ever be buried together with
the Pope. The biographers of Kristina all describe her as a lesbian, and this
film also focuses on Kristina’s unfortunate love story with Ebba SPPARRE(nicknamed
Bell). Kristina’s life leads us to raise a question on gender. Is her identity
and sexual orientation something she is born with, or something that is
nurtured by men? This film is worth comparing with Rouben MAMOULIAN’s 1933 film
///Queen Christina//, one of the major works of the actress Greta GARBO, who
plays the role of Queen Christina (Kristina). The spectacular film portrays the
delicate facial expressions and charisma as part of the androgynous charm of
Greta GARBO, who is portrayed as a lesbian, whereas the narrative itself wraps
up the story by depicting a heterosexual love. [SIM Hye-kyong]