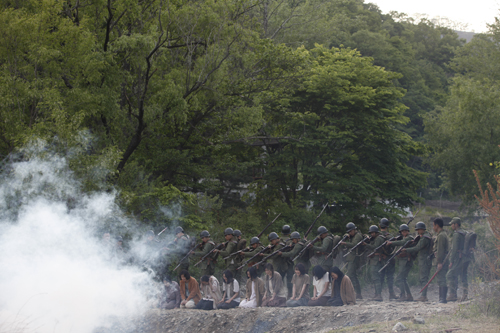 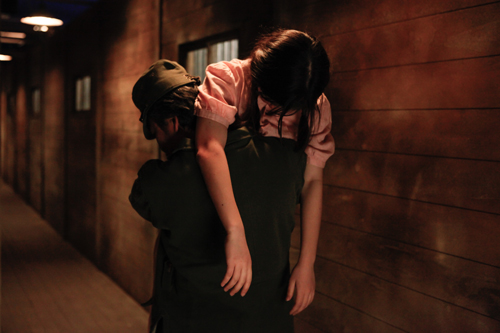 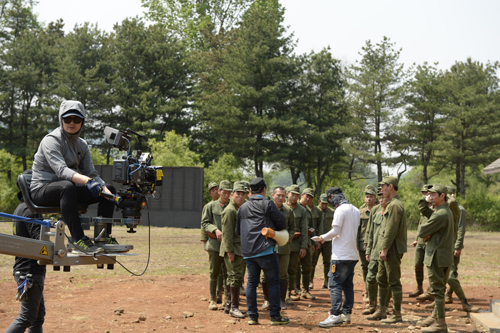 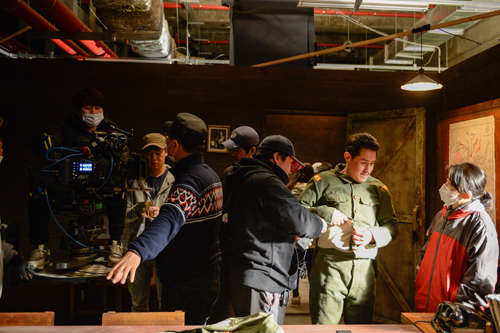 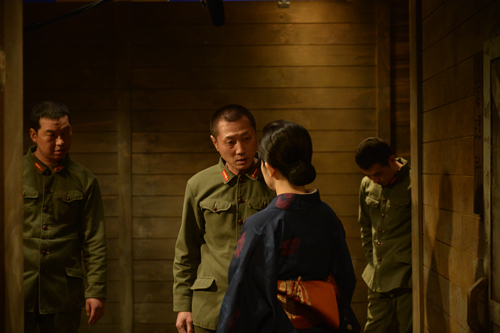 In 1943, an ingenuous 14-year-old girl, Jeong-min is
taken away from her family by Japanese army. Jeongmin
is accompanied with lots of other girls including
Young-hee who also is brought in a train whose
destination is unknown to the girls. Jeong-min and
other girls are thrown out into the middle of a freezing
battle field of World War II. What awaits them is the
site filled with miserable pain and agony forged by
Japanese soldiers.

In Joseon in 1943 a 14-year-old girl
named Jeong-min (Kang Ha-na) is drawn to a strange place by the Imperial
Japanese Army without even knowing why, and, from that time, she is forced to
live a horrendous life as a sex salve in Japanese military brothels. In 1991,
South Korea, Eun-kyeong (Choe Ri) is sexually assaulted by a recently
discharged criminal, and witnesses the death of her father and the perpetrator
who fight against each other in front of her very eyes. Her shock makes her into
a psychic, and she becomes connected to the painful space and time in which
Jeong-min is shackled, able to hear her voice.

Spirit\'s
Homecoming line-height:115%;mso-ascii-font-family:\" 맑은=\"\" 고딕\";mso-ascii-theme-font:major-latin;=\"\" mso-fareast-font-family:\"맑은=\"\" 고딕\";mso-fareast-theme-font:major-latin;mso-hansi-font-family:=\"\" \"맑은=\"\" 고딕\";mso-hansi-theme-font:major-latin\"=\"\"> depicts women’s lives in the face of
sexual assault, hovering between the last days of Japanese Empire and the
present day through the act of spiritual calming. In this sense, the spiritual calming
in this film represents the symbolic meaning of the ‘Statue of Peace,’ which
the Japanese government is trying to take down. The shadow of a girl with her
fists clenched in the statue looks like that of an elderly woman, and the
butterfly of hope flies upon the chest of the shadow, which stands for the
official apology from the Japanese government, and an institutional settlement
of the pain. Connecting the present with the past, and survivors with victims,
the statue shows the will for spiritual healing through the act of remembering
the past. This film is also the story of healing made possible by the encounter
of the dead and the living.

line-height:115%;mso-ascii-font-family:\" 맑은=\"\" 고딕\";mso-ascii-theme-font:major-latin;=\"\" mso-fareast-font-family:\"맑은=\"\" 고딕\";mso-fareast-theme-font:major-latin;mso-hansi-font-family:=\"\" \"맑은=\"\" 고딕\";mso-hansi-theme-font:major-latin\"=\"\">An unexpected box office smash hit, this
film was one of the biggest issues in the South Korean film industry during the
first half of 2016. Its total audience reached 3.5 million under the communal
anger aroused by the December 28th ‘irreversible agreement.’ The audience’s
support for this film sheds a clear light on the necessity to endeavor for a just
solution between the Japanese and South Korean governments, instead of the
communal creation of a scapegoat from the victims of the Japanese Imperial Military’s
‘Comfort Women.’ [Jay SOHN]