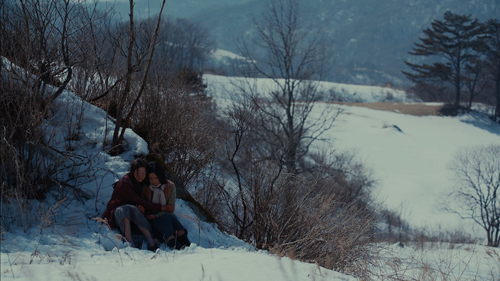 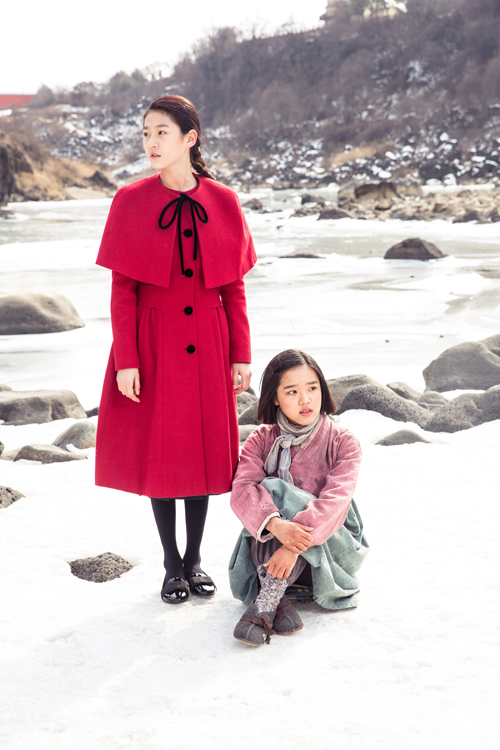 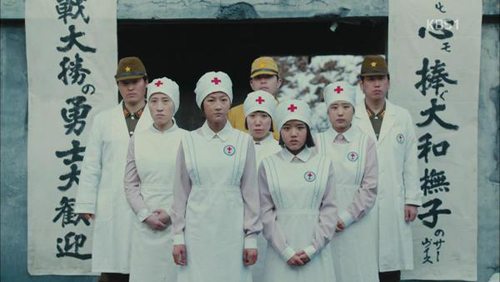 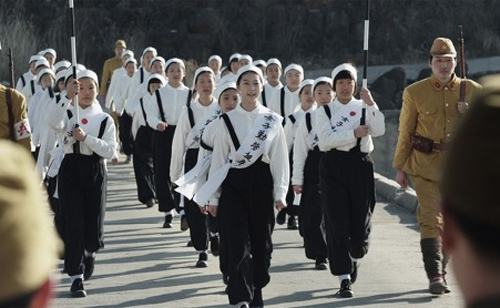 There are two girls: Jong-boon, who is fed up with
poverty-stricken life under the exploitation of Japanese
empire and Young-ae, a pretty and smart girl who
is adored by Jong-boon. One day, their sudden
and unkowning falling into the captivity of barracks
of Japapense army makes their lives wrapped in
wretchedness. Jong-boon strives to be alive to get back
home and Young-ae finds herself losing the grip on
reality. They, nonetheless, lean on each other. Through
lots of ups and downs, they manage to make an
attempt to escape...

line-height:115%;mso-ascii-font-family:\" 맑은=\"\" 고딕\";mso-ascii-theme-font:major-latin;=\"\" mso-fareast-font-family:\"맑은=\"\" 고딕\";mso-fareast-theme-font:major-latin;mso-hansi-font-family:=\"\" \"맑은=\"\" 고딕\";mso-hansi-theme-font:major-latin\"=\"\">The film opens with the nightmare of
a woman in her 80s named Jong-boon. In her nightmare, she sees a neighborhood
girl, Yeong-ae, who is taken to China to become a comfort woman, where she then
tries to commit suicide in an ice-covered river. Not only does Yeong-ae keep
coming back in Jong-boon’s nightmares, but her spirit is bound to Jong-boon’s
place with the same appearance she had when she died trying to escape 70 years
ago. Is it Jong-boon’s guilty consciousness for stealing Yeong-ae’s name for survival
after the liberation from the Japanese Empire that creates Yeong-ae’s ghost? Or
have the nightmares and spirits haunting Jong-boon’s body for 70 years
reenacting the trauma? The moment when the trauma of Jong-boon/Yeong-ae is
cured is when a high school girl, Eun-soo, tells her “It is not something you
should feel ashamed of. They are the bad ones,” in the present day in 2015.
This is the moment of recognition - while Yeong-ae’s spirit holds resentment
towards her father who supported the Korean Liberation Army and Jong-book hides
her past experience as a comfort woman, the victimhood that these two victims
have not dared to accept is recognized by Eun-soo who leads a rather harsh life
in the 21st century. Yeong-ae’s spirit crosses over, and Jong-boon participates
in the movement to resolve the comfort women issue.

line-height:115%;mso-ascii-font-family:\" 맑은=\"\" 고딕\";mso-ascii-theme-font:major-latin;=\"\" mso-fareast-font-family:\"맑은=\"\" 고딕\";mso-fareast-theme-font:major-latin;mso-hansi-font-family:=\"\" \"맑은=\"\" 고딕\";mso-hansi-theme-font:major-latin\"=\"\">This film takes place only in the
past and the present day, which are juxtaposed in the film. There are only a
girl from the past and an old woman and girl in the present day. The whole 70
years that that girl lived to become an old woman have been crossed out, and
this crossing out coincides with the extremely long and difficult path of
reinstating the comfort women deleted from history in the name of ‘nation.’
This post-colonial history might just be another hard time for Jong-boon and
Yeong-ae’s spirit. Could it be that A
Little Princess, the novel that Jong-boon embraced while in the comfort
station has been the fantasy to help her endure all of these harsh years? [BAEK
Moonim]