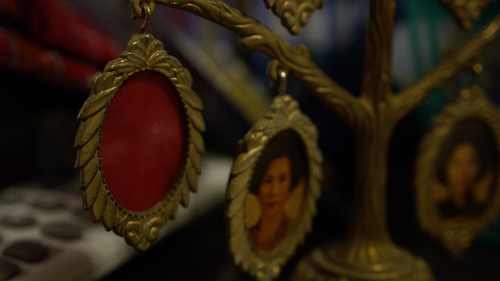 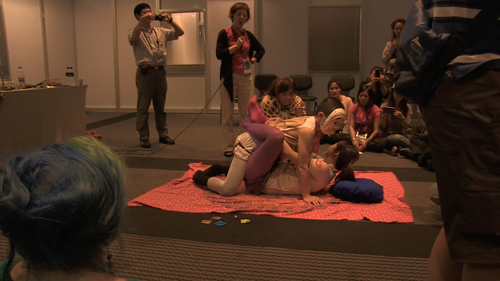 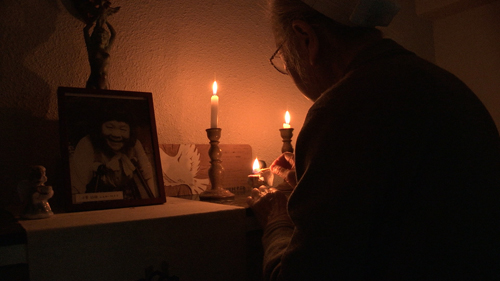 Korean sex worker Yonhee goes to Japan to build solidarity with her counterparts there. Yamasita Youngae heads for Kyoto to give a lecture on how former prostitute-turned-comfort women were left out of the movement to achieve justice for comfort women. Korean professor Park Yuha is Sued by former comfort women because of her book \"Comfort Women of the Empire.” Reportage writer Kawada Fumiko tells the story of Bae Bonki, a Korean who worked as a comfort woman in Okinawa. Shuttling between the issue of sex workers who refuse to be pictured as victims and the issue of comfort women who couldn’t even be acknowledged as victims, the film reveals stories that had disappeared from official memory.

This documentary film opens with an autobiographical inter-title, “There is a story that I have wanted to hear from my mother,” and then makes a swift shift to a series of rather unexpected questions. At first, the film seems to inquire about human rights and the legal standings of sex workers in Korea, Japan, and Australia, but the issues about comfort women stick out during the conversation with SWASH (Sex Worker and Sexual Health) activists, which then leads the camera to some scholars, such as Yamashita Yeong-ae, Nagai Kazu, and AHN Byung-ook. Then Ikeda Eriko’s questioning on the meaning of Japanese comfort women’s ‘silence’ follows the depiction about the ramshackle and dangerous status quo of Korean sex workers. It is only after coming this far that we may be able to get a hint about the reason why the director’s concern, which begins in her mother’s room, is built up on the seemingly heterogeneous questions encompassing past and present and comfort women and sex workers. That is, the problem lies in the stigma of prostitution and prostitutes whose function is to conceal and silence something from history and politics altogether. ‘Comfort women’ released itself from ‘prostitutes’ in general and acquired the signifier for sacred victims, and this departure highlights the people who are not good enough to identify themselves as victims and the continuing repression of the human rights of sex workers. This film pursues a provocative investigation about victims whose victimhood is already addressed and those whose victimhood is still not. Although the film ends with the director’s personal question about her mom, it will take a much longer time to get the answers for the questions detouring Park Yu-ha, The Korean Council for the Women Drafted for Military Sexual Slavery by Japan, and the protest scene for scrapping anti-sex trafficking laws. This belatedness comes from the put-forth reason that there are too many people to be asked for answers, and yet it is way too easy to turn away from those demands. [BAEK Moonim]