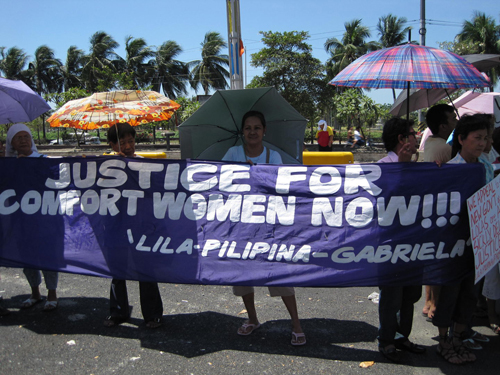 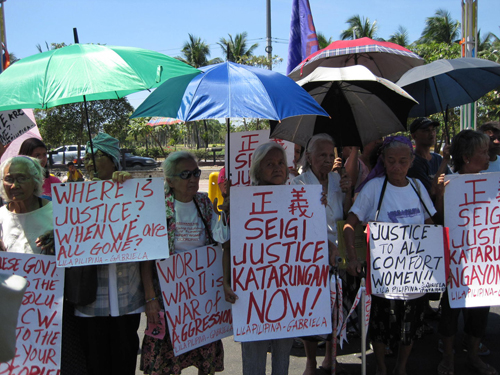 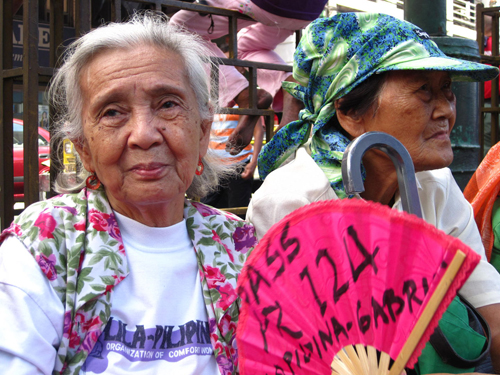 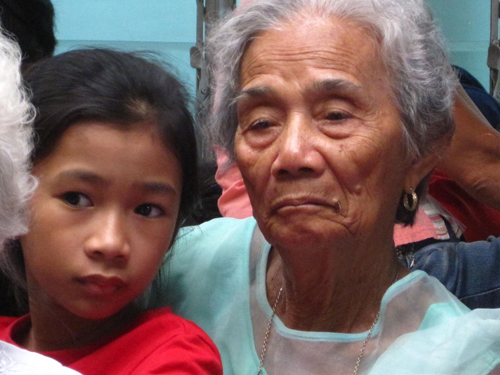 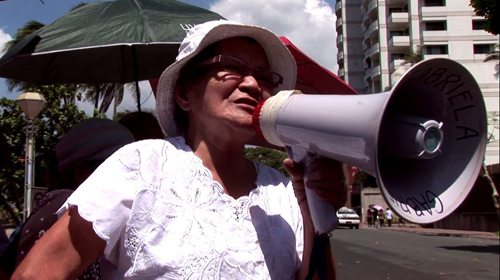 During the Second World War thousands of women in Asia were forced to work as prostitutes for Japanese soldiers. Some of them were still teenagers. After the war the survivors struggled to continue with their lives, hiding what many considered to be a “shame”. After having been silent for more than 50 years they have started to tell their stories. They are in their Eighties and Nineties now and time is running out for them. This intimate, touching film tells the story of nine comfort women in the Philippines and follows their efforts to find justice before they die.

line-height:115%;mso-font-kerning:0pt\">Forgotten Sex Slaves: Comfort Women in
the Philippines line-height:115%;mso-font-kerning:0pt\"> is a documentary film dealing with the
struggle of Filipino forced into sexual slavery as comfort women for the
Japanese Imperial Army. The film opens with the scene of women in protest in
front of the embassy of Japan in the Philippines. These women gather
bi-annually to demand an acknowledgement of the war crimes committed against
the comfort women, as well as an apology and compensation from Japan. The
Filipino girls, who had become sex slave between the ages of 12 and 14 by rape
and kidnapping conducted by Japanese Imperial Army, started to form communities
to fight against Japanese Imperial Army beginning in the early 1990s. The girls
grew old and became grandmothers, but they stand up, testifying to the harm
done onto them and accusing Japan of war crimes with strong voices. Lola
CORTES, who was confined and raped while being kept in underground for 6
months, tells that she wants to live long enough to see justice served. Their
courageous voices are one of the greatest merits of the film. This does not
mean that these women have not been met with cold-hearted glances, and many say
that even their children initially felt ashamed. The elderly women keep on
fighting, because it is only the women who fight who can win in the end. 굴림;mso-font-kerning:0pt\">

line-height:115%;mso-font-kerning:0pt\">The film also sheds a light on the
differences between comfort women. ‘The Lolas’ in the Philippines dismayed at
the lax attitude of the Filipino government regarding the resolution of the
comfort women issue. They are indignant over the small allotment for Filipino
victims in Asian Women 115%;mso-font-kerning:0pt\">’s Fund compared to that for Korean
victims. The disparity between victims discloses the non-homogeneity of
discourses regarding comfort women, appealing to the necessity for a joint
struggle to find a solution to comfort women issues. [HEO Yoon]