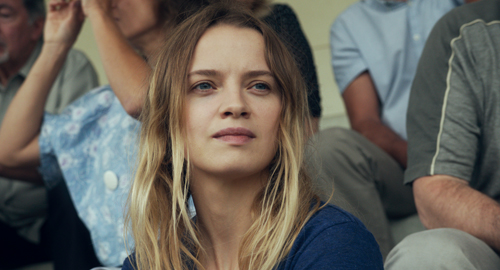 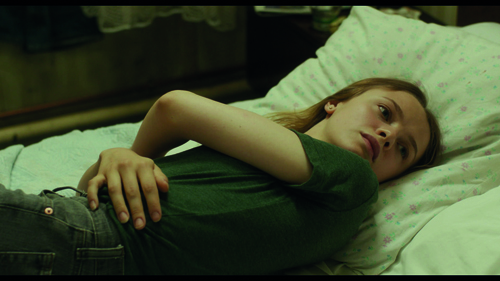 Sisters Suzanne and Maria have an intensely close relationship. They experience a happy childhood even though their mother died when they were still very young. Nicolas, their father copes as best he can, sometimes loving, sometimes uncomfortable, until the day that Suzanne becomes pregnant. Charly is born; the family expands. Years go by and Suzanne meets Julien, a young man who is a bit of a hoodlum. They fall deeply in love. Suzanne will go away with him, abandoning everything behind her

After her debut feature La pointe courte (1955) and
Cleo from 5 to 7 (1962), Agnès VARDA, who wrote
the songs of the film reconstructs the historical and
feminist context of the time.
At that time, the feminist commitment of well-known
personalities such as Jeanne MOREAU, Marguerite
DURAS, Catherine DENEUVE, and Delphine SEYRIG
will be decisive and allow personal stories to join the
great collective history and finally move on from a
\'private\' to a much more political field! Pomme and
Suzanne\'s pursuit of happiness is interconnected to
their involvement in common commitments and the
discovery of female solidarity.
In the history of this battle, the BOBIGNY trial resulted
in the legalization of abortion (17 January 1975)
advocated by Simone Veil then Minister of Health who
after her hardest political fight obtains from the French
Parliament the decriminalization of abortion.
Rare French mainstream feature drama to have
dealt with this subject in the 1970s, the film shows
two aspects of women\'s history in France: first, the
women\'s rights movements that demand the control
over their own bodies; secondly, the emergence of a
women\'s cinema.
If the film\'s backdrop is that of the women\'s rights
movement, it is to youth that Agnès VARDA dedicates
her story, a generation that was not really politically
committed, but that the director chooses to embody in
a joyous activism and egalitarian demands for a better
society.
Always ranging from documentary to fiction, Agnès
VARDA is a living example of Simone de Beauvoir\'s
words and feminist worldwide slogan: \"One is not born
a woman, one becomes one.\" [Jackie BUET]