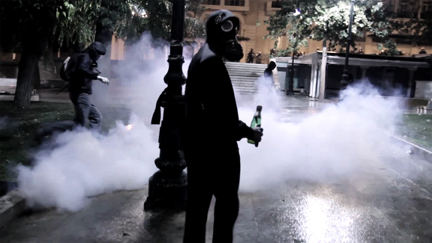 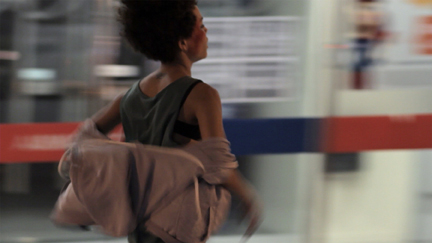 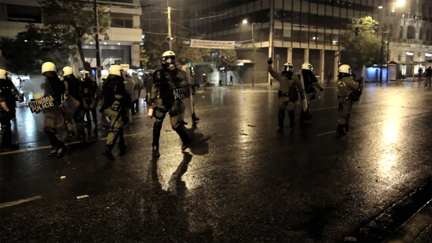 A young woman, an activist, runs through the streets. A skater glides across the tarmac. Paint bombs are positioned and, when they explode, the police arrive. There are people everywhere. At night stones fly, cars burn and there is tear gas in the air. The palaces are still being protected. Tweets describe the events, not just here, but all over the world: \'Markets are global, so is resistance.'

The post punk version of the urban film, which was
very popular during the early days of the film. We live
in the city, and therefore the city is ours, and since
the entire world is united by a capitalist, patriarchal
imperialism, the resistance against such a system
must also be world-wide. How can we resist?
Skateboards, Twitter, music, dance, graffiti, cameras,
gas masks, mobs, speed, running, and shadows
must cover and swamp the city. But who can create
this resistance? There must be a multitude (Michael
Hardt) of love that can acknowledge and embrace
everyone\'s differences. Do not be tamed - rise against
it, and you shall be free. [KIM Sunah]