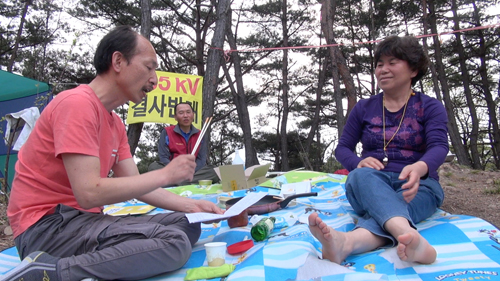 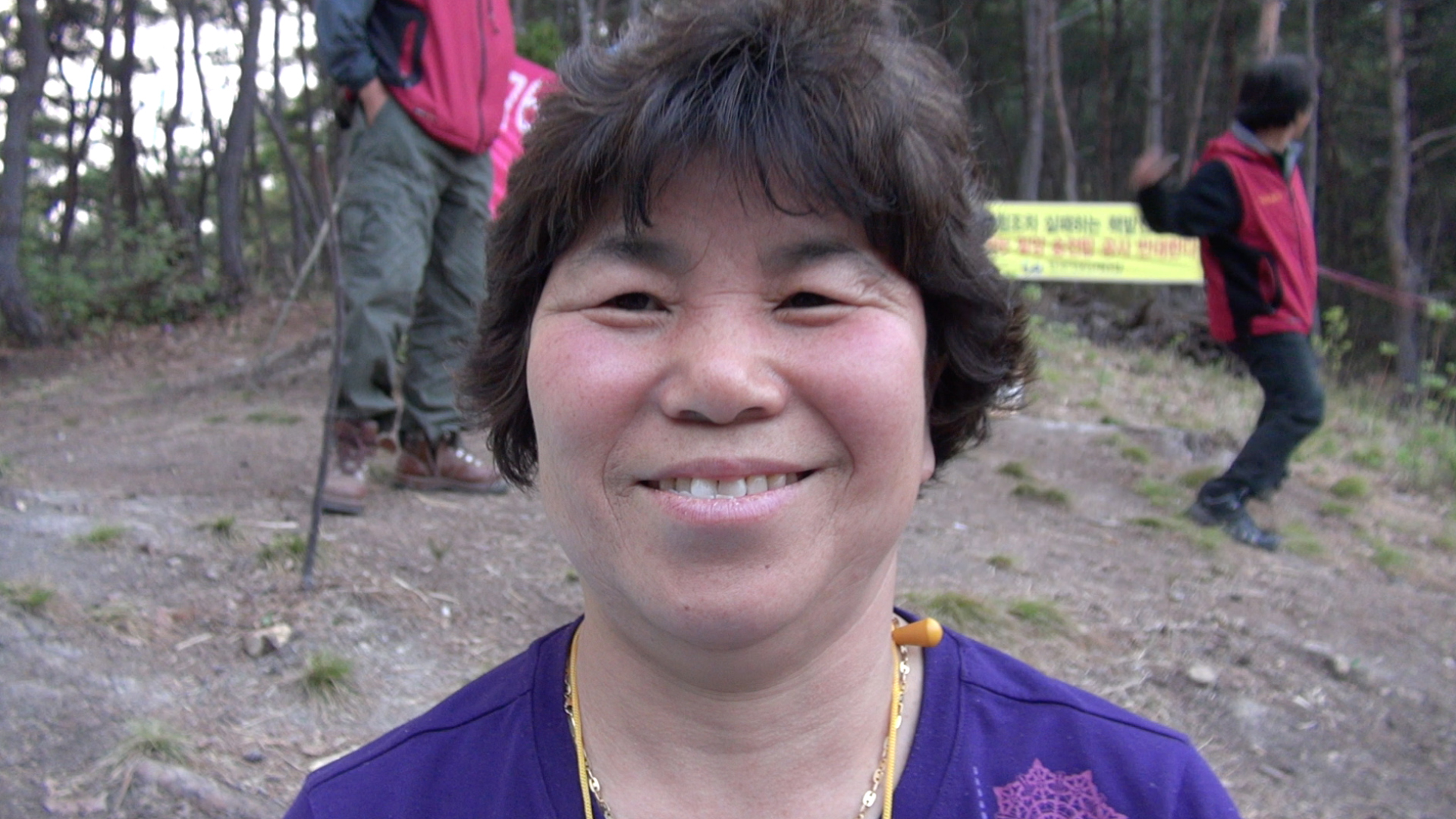 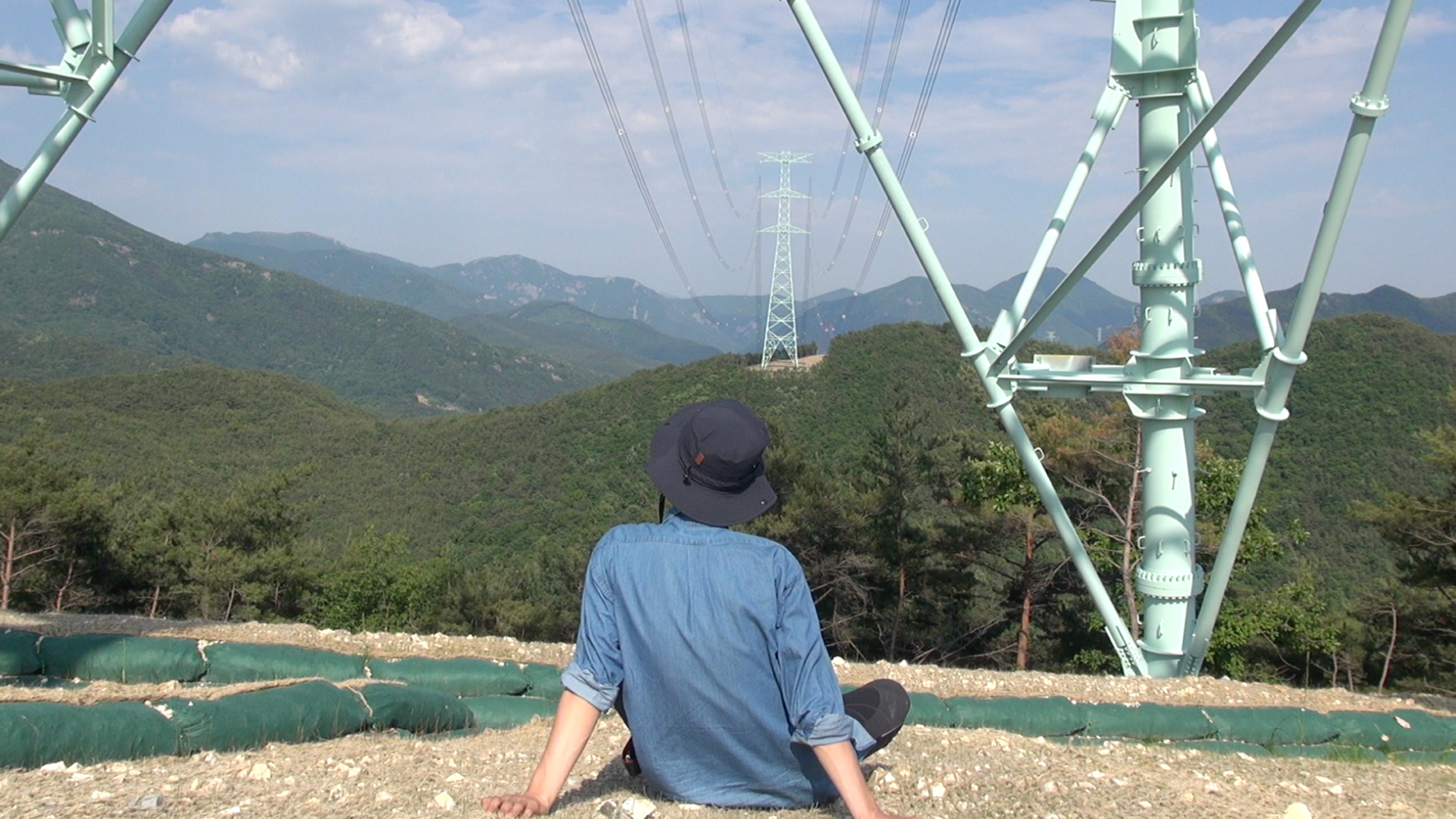 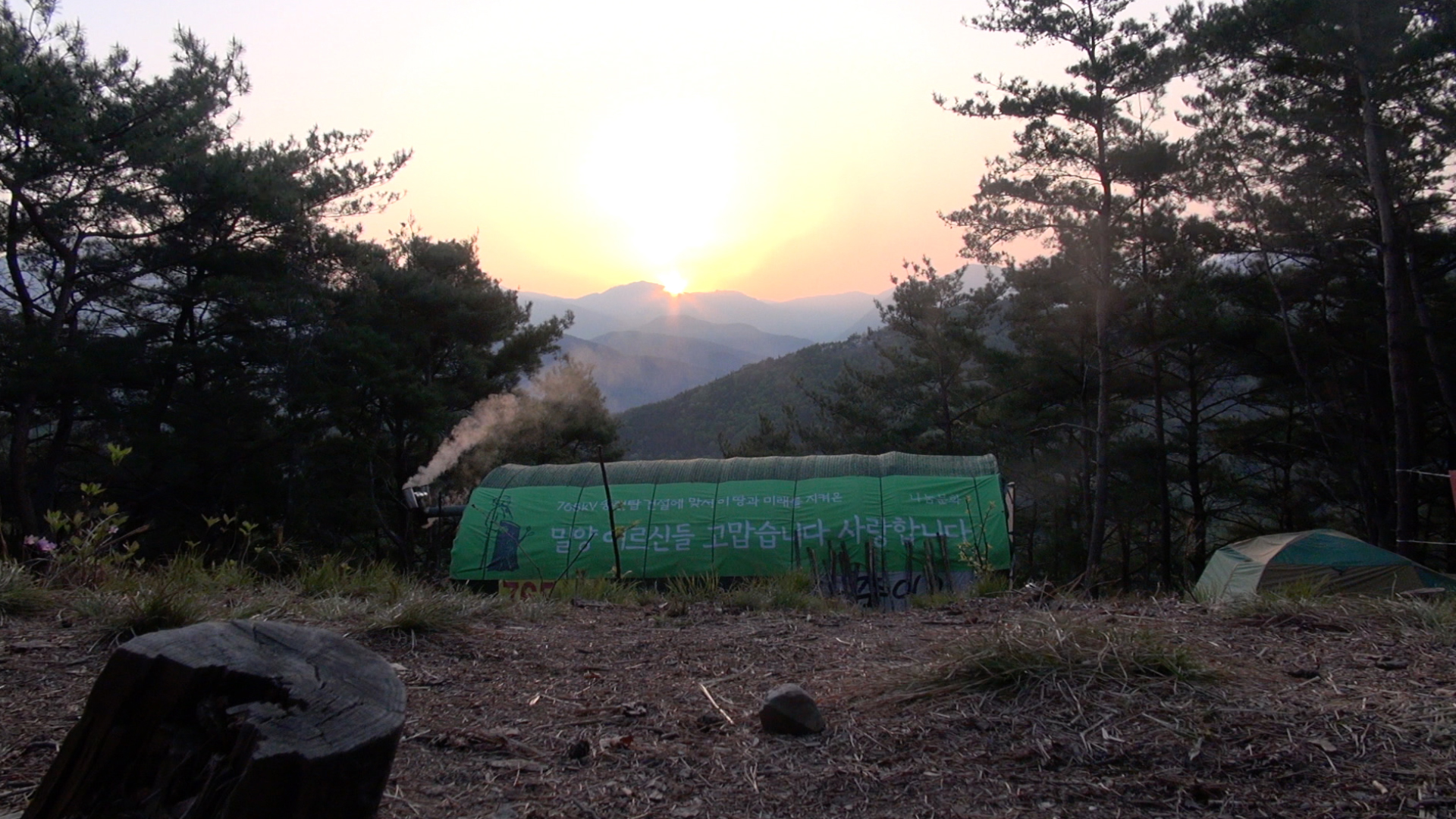 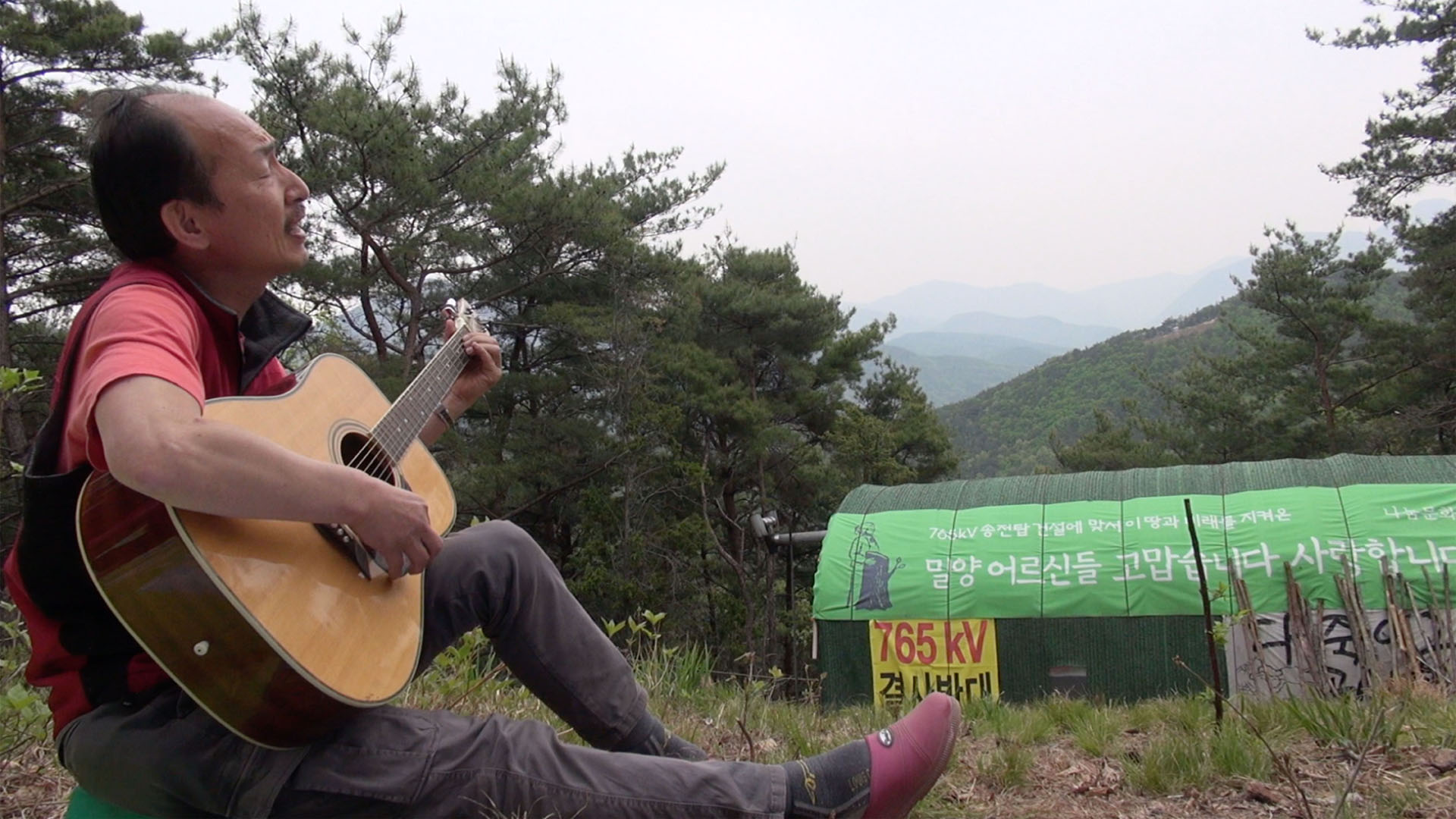 This is the story of one of the four final bases during the Miryang strike, site 101, which was located deep in the steep mountain. There were contests of who could bring up the most bottles of water, nightly concerts performed by the guitarist and song writer Mr. Grasshopper, daily home cooked lunches prepared by the women, and thankful locals who constantly cooked and brought up delicious soups for the supporters.
This is the story of the building of a community, \"Home Sweet Home\", and the locals and supporters behind it.

No. 101 is one of the site names of the Korea Electric
Power Corporation (KEPCO) power-line tower construction
site located in the mountain of Miryang city\'s Yonghoe
village in Gyeongsangnam-do province. When there is
a 765 kilovolt ultra-high voltage line, the residents of the
village start having health problems, and the scenery
of the mountain and environment are damaged and
ruined, thus resulting in the villagers protesting against
the construction of the power-line tower. The protests and
resistance of the residents against this project is all the
more fierce and relentless, especially because KEPCO
has been exerting governmental power to carry on with
the construction without reaching a proper settlement
with the residents. Eventually, just like the other places
that have finished their construction of the ultra-high
voltage power-line, the 101 site construction is finished
as well, and the residents and protestors\' battle end in
defeat against the governmental forces. Nonetheless,
through this process, the residents and the protestors
have formed a community of solidarity, as well as the
community\'s social consciousness growing from antihigh-
voltage power-line demonstration to an anti-nuclear
movements.
The film centers around the interviews of the individuals
who participated in the Miryang strike of the 101 powerline
construction in Yonghoe village and highlights the
character and personalities of these individuals. The
reasons for participating in the protest, the process of
these demonstrations, the strategy and importance of
these movements, and the other perspectives of these
individuals revealed in the interviews really enrich the
depth of the movie. The few \"fight tactics\" underscored
in Home Sweet Home 101 is, first, you must have your
own way of having fun while fighting and alleviating your
nervousness, second, you must be aware of what each
of your teammates need and prepare for that, and third,
don\'t focus on the results of the fight but rather on the
value of the process of fighting, which is an experience of
growth that you share with people who were with you and
fought together with you. [Sunah KIM]