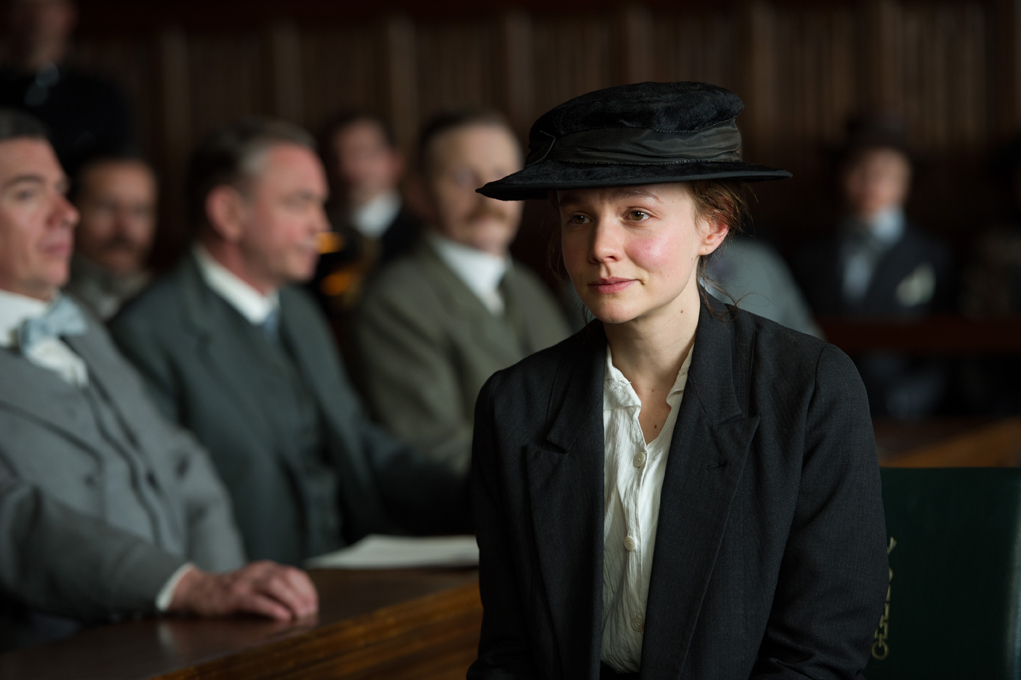 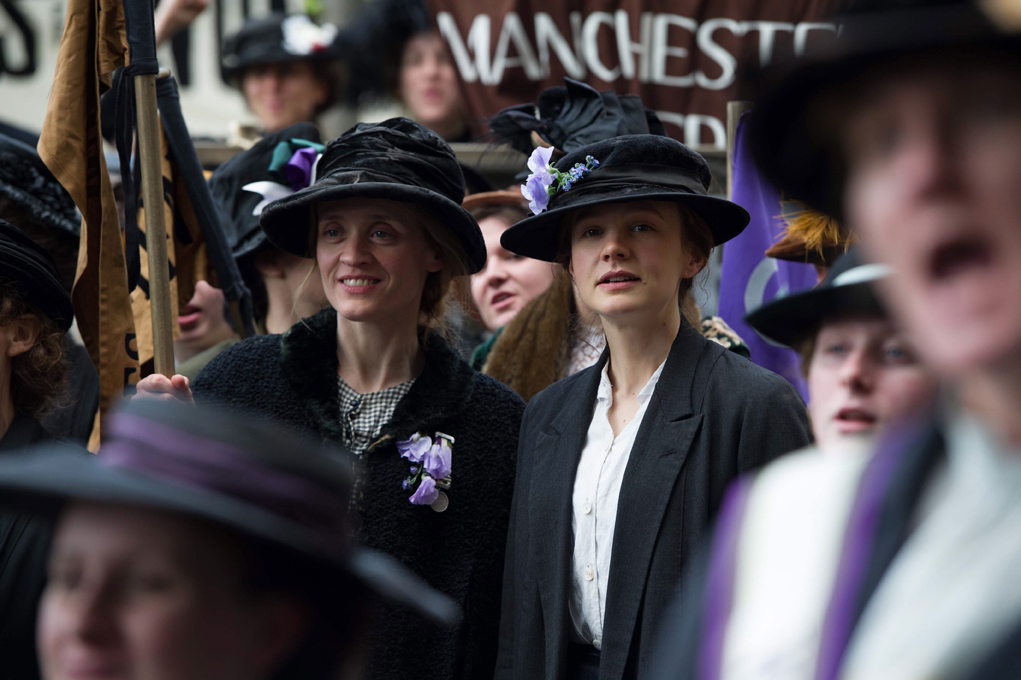 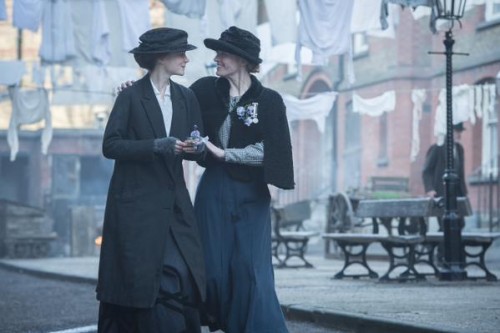 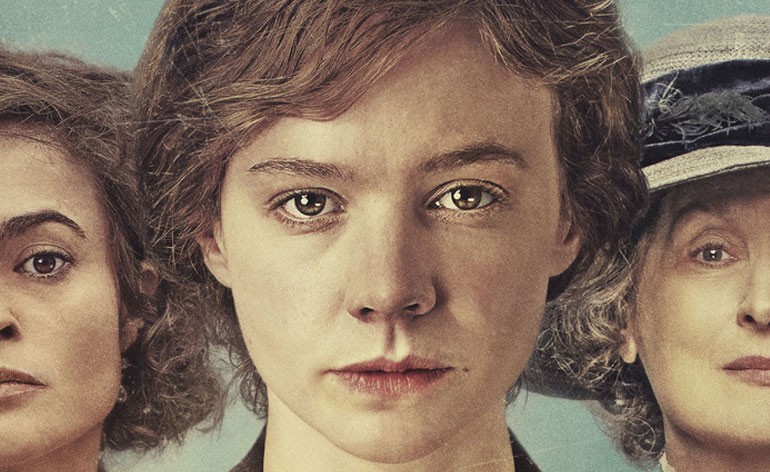 The time is 1912. The U.K. is seeing an increased public presence of the Suffragettes, whose rallying cry is “Votes for Women!” The epicenter of their national Women’s Social and Political Union (WSPU) is in London, where Maud is a working-class wife and mother; she and husband Sonny toil at a laundry. Startled one day by a protest, Maud recognizes a co-worker, Violet among the agitators. Initially unwilling to get involved in the Suffragette cause, Maud comes to realize that she must claim her dignity both at home and in her workplace.

Suffragette
begins in a laundry factory in 1912 London. Female workers toiling for low
wages are seen in the background while male politicians\' words govern and oppress
them. \'Women do not have the calmness of temperament or the balance of mind to
exercise judgment in political affairs.\' \'If we allow women to vote, it will
mean the loss of social structure. Women are well represented by their fathers,
brothers, or husbands.’\'Once the vote was given, it would be impossible to stop
at this. Women would then demand the right of becoming MPs, cabinet ministers,
or judges.\' The seemingly representative voices of multiple male politicians,
however, stipulate and repress women who work in silence. The struggles of
suffragettes in the early 20th century in the film show that it is
women themselves who can win the sovereignty and stop \'mansplaining.\'
The main character of this film is neither Emmeline PANKHURST who founded and
led the Women\'s Social and Political Union (WSPU), nor Emily Wilding DAVISON
who was knocked down to death by King\'s horse in Epsom Derby when she demanded
women\'s right to vote. Our protagonist is Maud, a female worker toiling in a
laundry factory. The film shows how she
transforms herself from a common, working class woman who accepts her poor circumstances
to a suffrage devotee after waking up to the voices calling \'Votes for Women.\'
While this film details the course of a woman\'s raising conciousness, the role of
\'camera\' in this film must be noted. The camera, a media revolution emerging of
the industrial revolution, functions as a surveillance device for domination as
well as a recording device that only works for those in power. DAVISON charges
toward the camera headon to bring the world\'s attention to the struggles behind
the women\'s suffrage movement and the realities of women\'s labor fraught with
poverty and exploitation. [Sunah KIM]