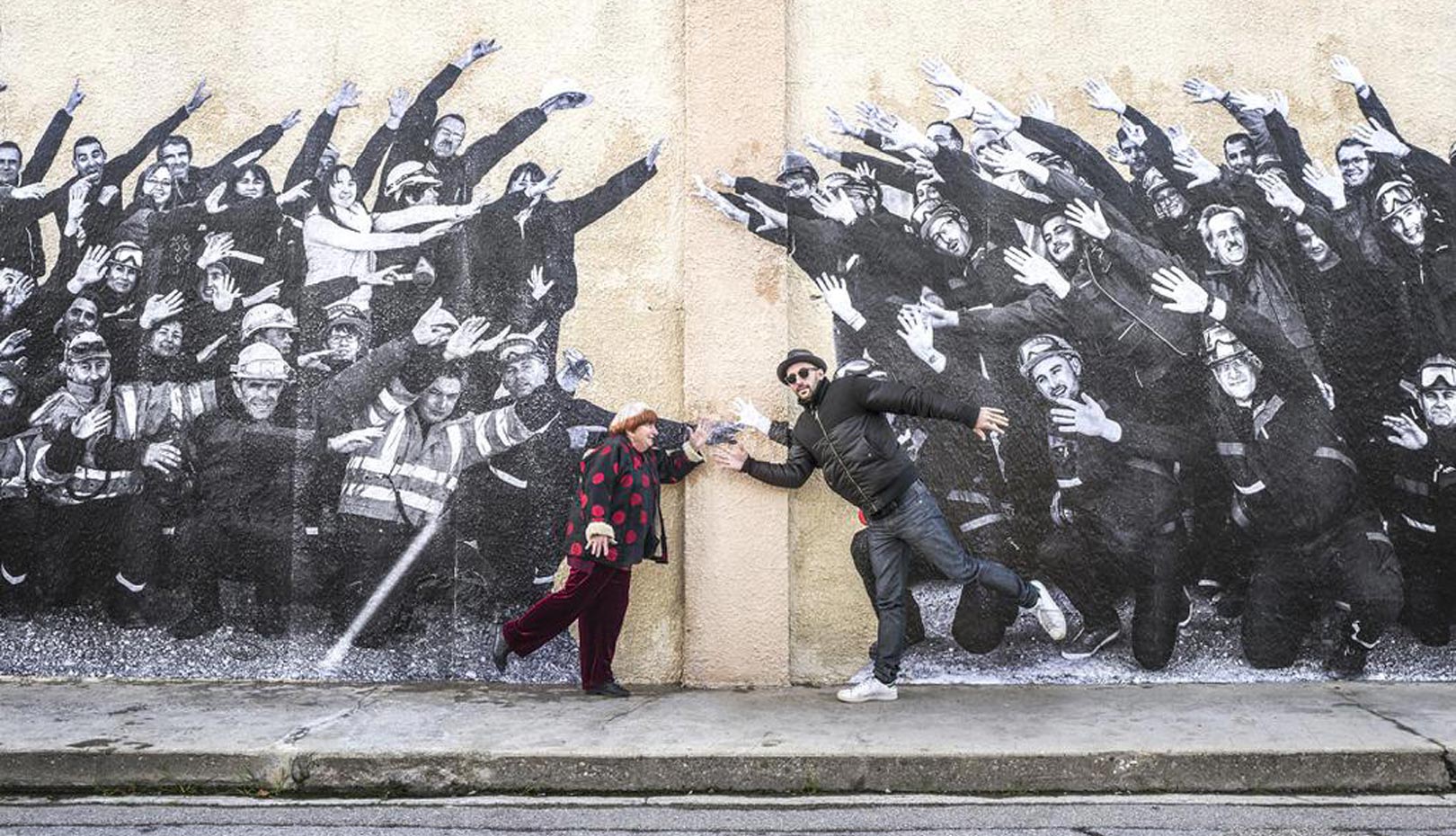 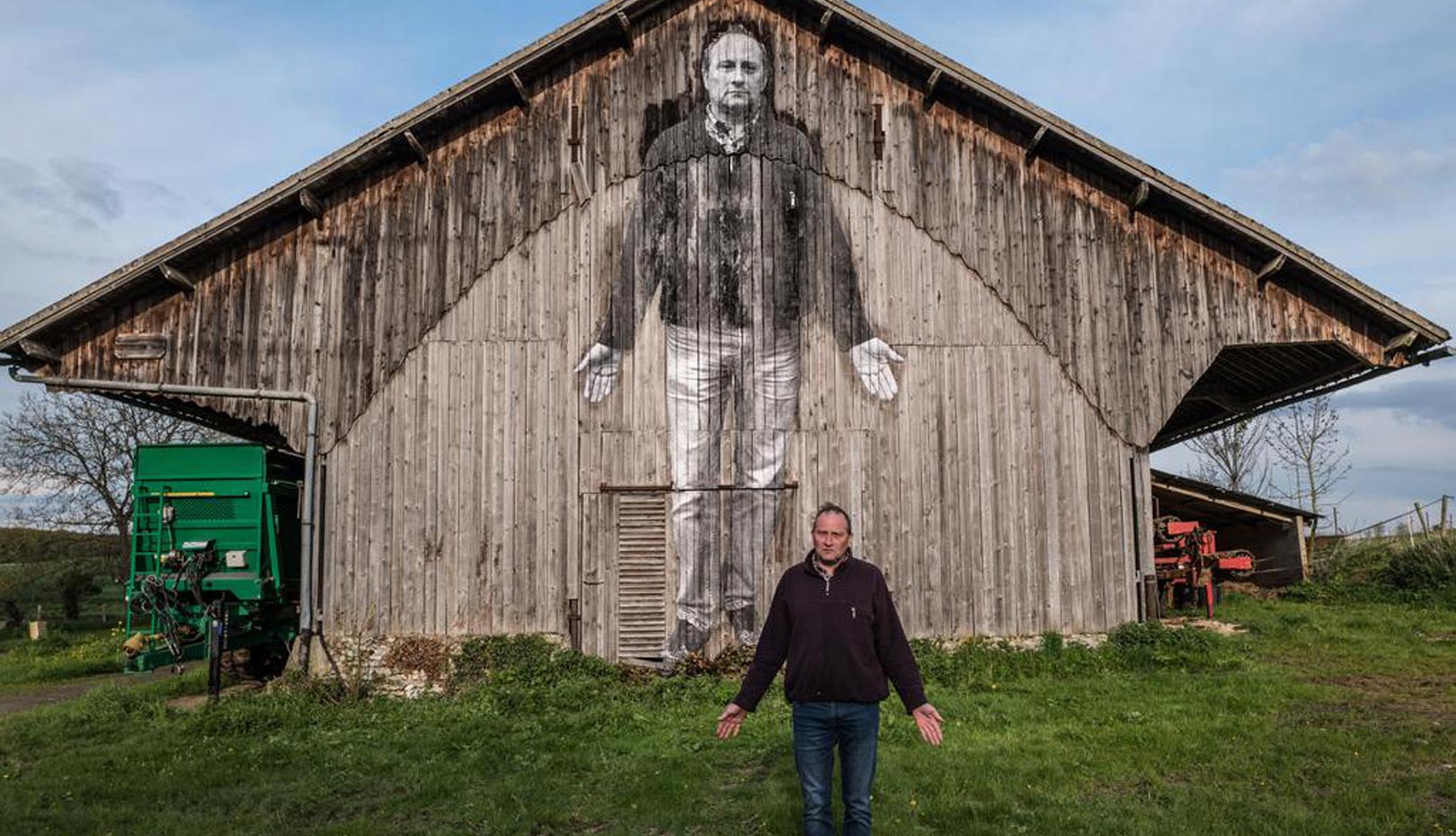 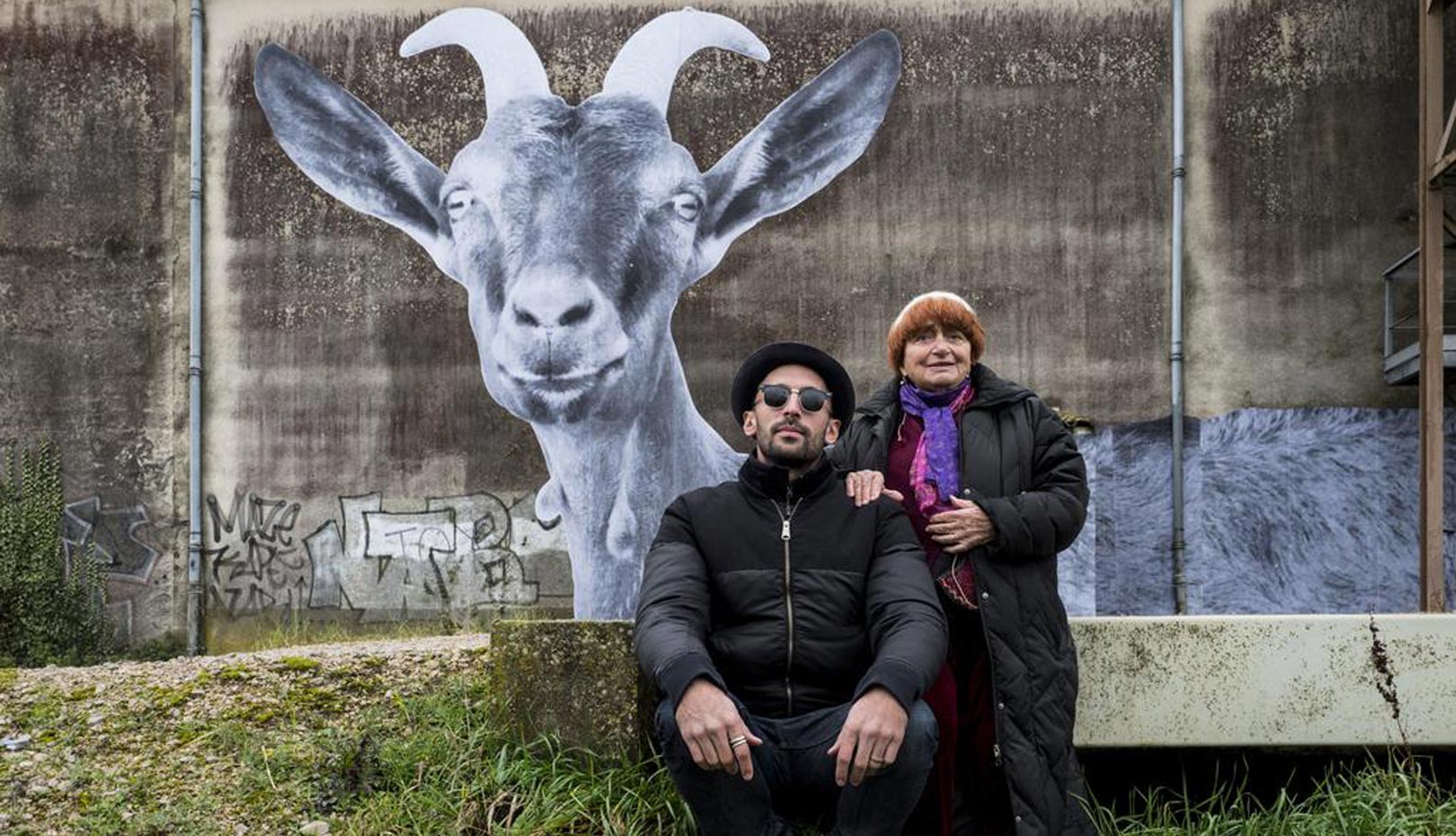 Director Agnès VARDA, who experiences blurry vision due to presbyopia, suggests to JR, a renowned photographer who always wears a pair of black sunglasses, that they make a film together. An older master of cinema and a younger promising photographer—together they purchase a small truck and travel around the rural towns in France, taking pictures of the locals at each stop, particularly their faces. The photos are printed out large-scale on the spot, and then pasted onto the public structures in throughout the villages, where the locals live. After viewing the enlarged images of their faces, the locals start to distance themselves from these places they call home, as the village is transformed into giant exhibition spaces. The pictures allow them to look at themselves from a different perspective, and as they begin to see themselves as another being separate from the subject of the pictures, their lives are deeply affected by the fact that they are encountering a piece of art larger than life. They eventually find previously unrecognized and perhaps overlooked meaning in life.
Agnès VARDA, one of the last figures of the French Nouvelle Vague, wants to hold on to her memories, which are fading away just as her vision is. Photography is the best art form to capture evanescent moments, while human faces underpin our first impressions at moments of encounter. Therefore, close-up photos can be a priceless gift, an attempt to remember and cherish these moments. VARDA and JR travel through various places and takes pictures of various things—a wharf, a factory, a bunker on the beach, an abandoned coal-mining town, a desolate house where no one lives, and even a postman delivering letters with their truck. The photographic images of unknown people and their forgotten spaces work as a mediator to give faces and voices to these people and places, making them real. Faces, Places is a film made by cinephiles who love images as much as they love life itself; this movie is their ode to life. For Jean Luc GODARD, who never makes an appearance in his films, the relationship between vision, cinema, image, and face (in this case, life) or, the relationship between life and cinema, is all about disconnection to and animosity against each other; contrastingly, for VARDA, these relationships must have been about the friendship created through the continuous interaction back and forth among them, infusing life into each other. [Sunah KIM]