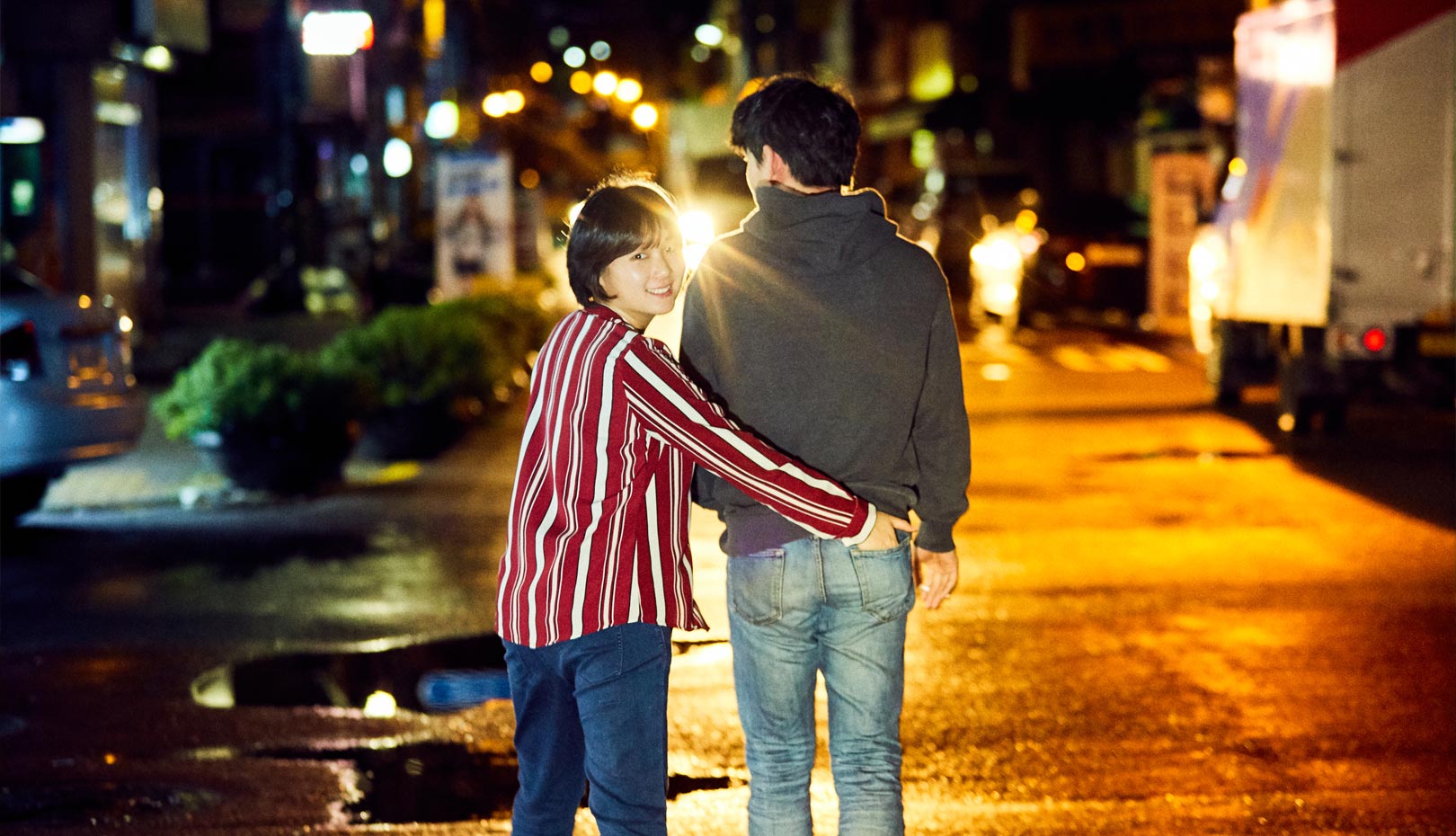 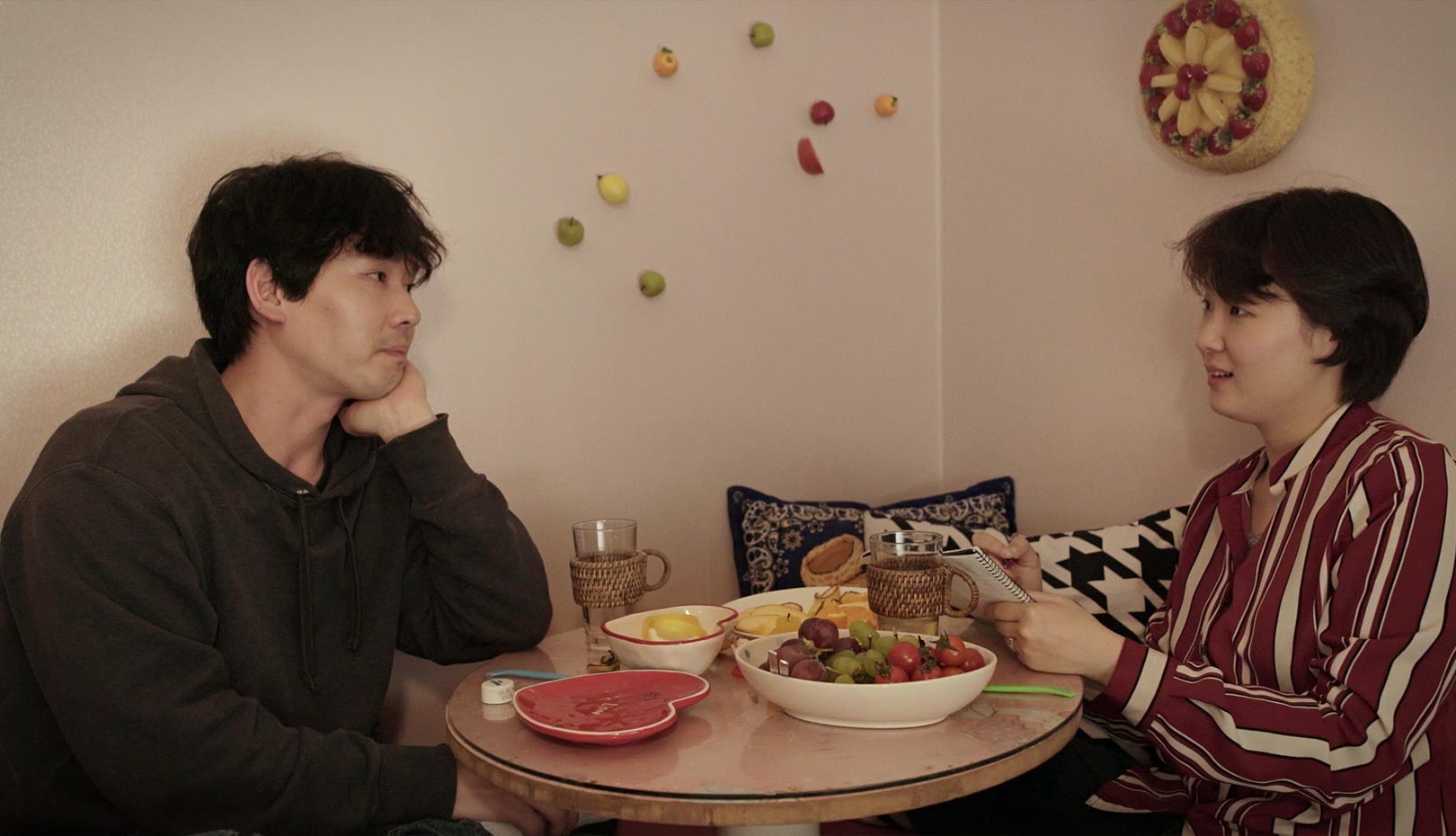 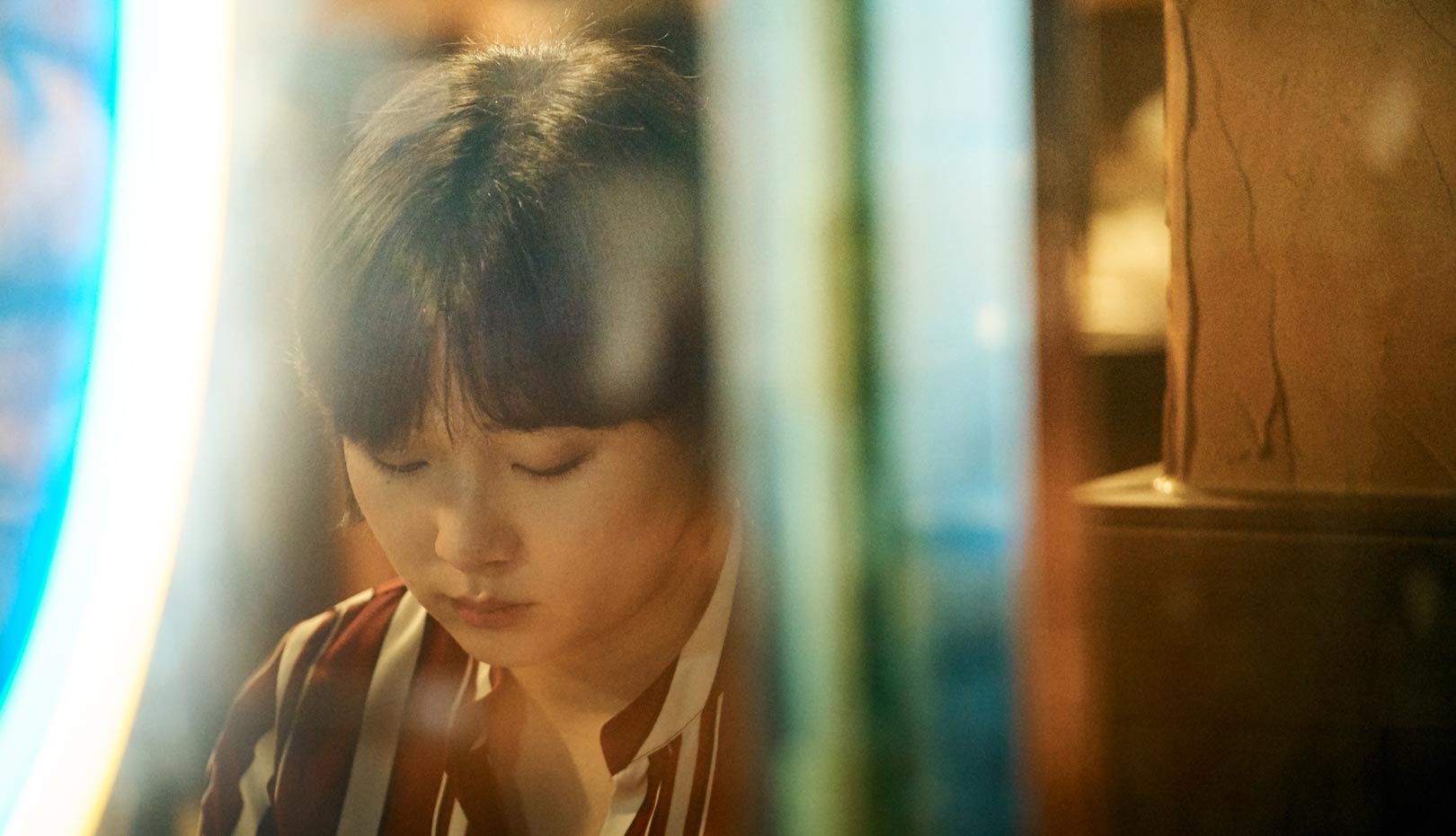 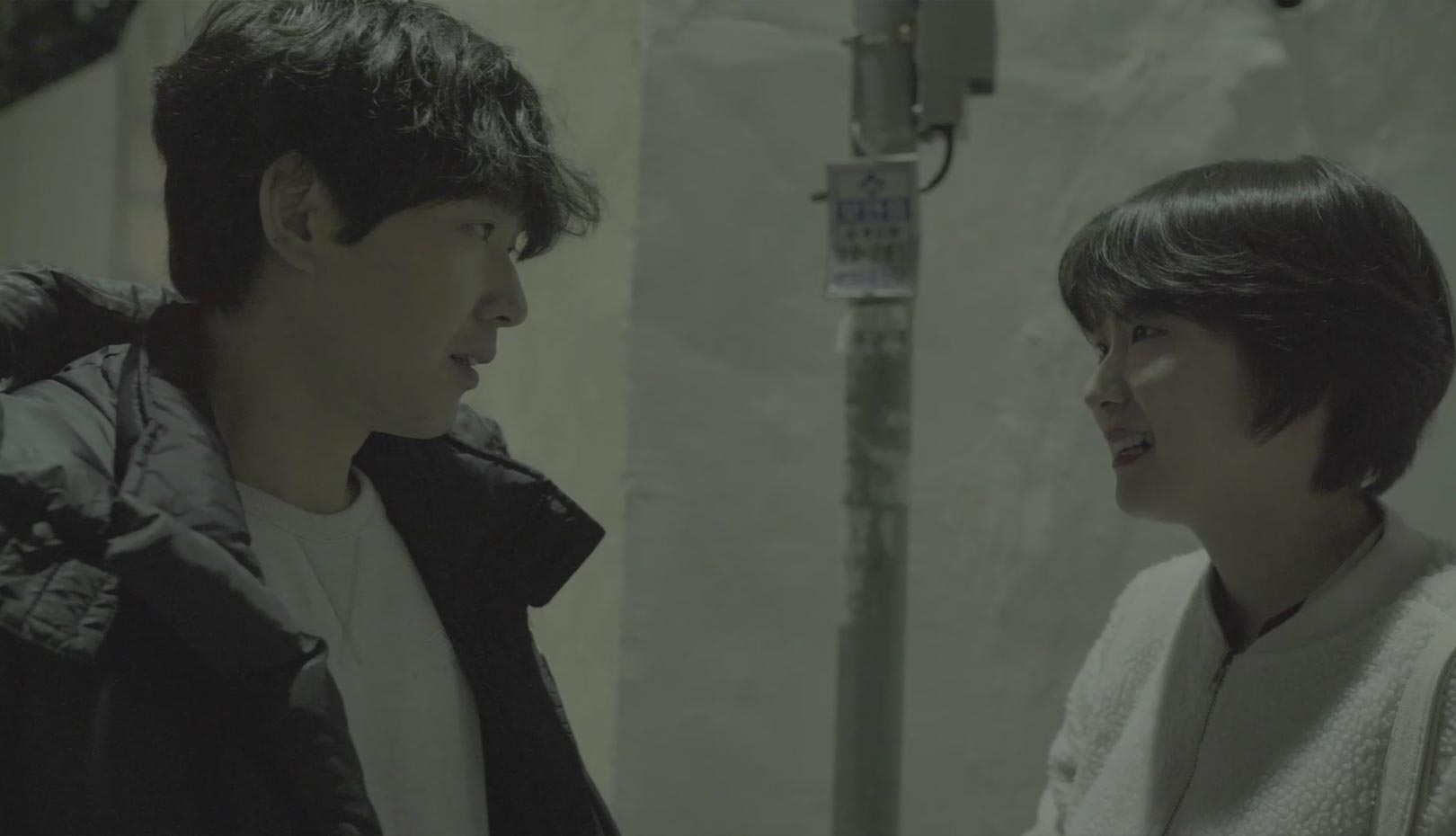 Ga-young interviews Jin-hyeok under the pretext of doing a research for her screenwriting project. But there’s something strange about her questions; she starts by asking him if he masturbates and how often. Her questions are oddly awkward and natural at the same time. Listening to the conversation between the two (as Jin-hyeok’s answers and Gayoung’s direct and daring questions), we can’t help but ask if there’s a hidden agenda. Sure enough, she abruptly blurts out comments like ‘You’re really cool’ or ‘I guess it’s impossible for me to sleep with you, right?’. Will Gayoung, who is open about her feelings, ever hit it off with Jin-hyeok, who has a girlfriend? The film is a kind of melodrama conveying the tension between a woman and a man, evident in the relationship between the two protagonists. However, the film thoroughly manipulates the convention of a melodrama. The woman asks reckless questions, and the man responds the best he can. The woman openly expresses that she’s sexually attracted to him, and the man rejects her. The man runs away, and the woman pursues him. Director JEONG Gayoung goes back and forth between convention and subversion of that convention in this unique portrayal of tension between a man and a woman whose relationship encompasses both work (money) and alcohol. Furthermore, the director presents a film within a film, thereby connecting the process of making a film with the melodrama convention. ///Hit the Night// attempts to conduct a self-interview about one’s own cinematic convention. [LEE Seung Min]