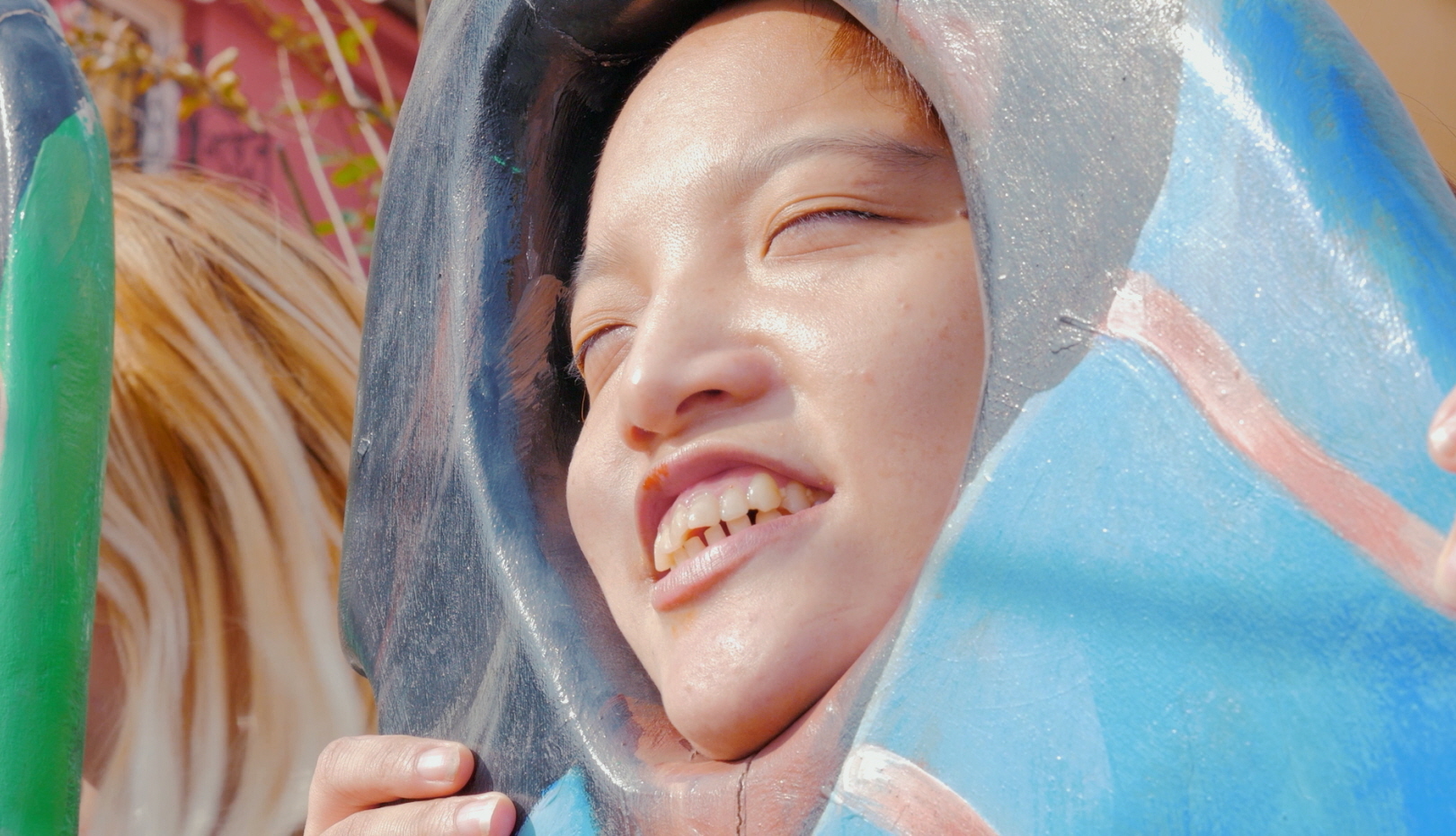 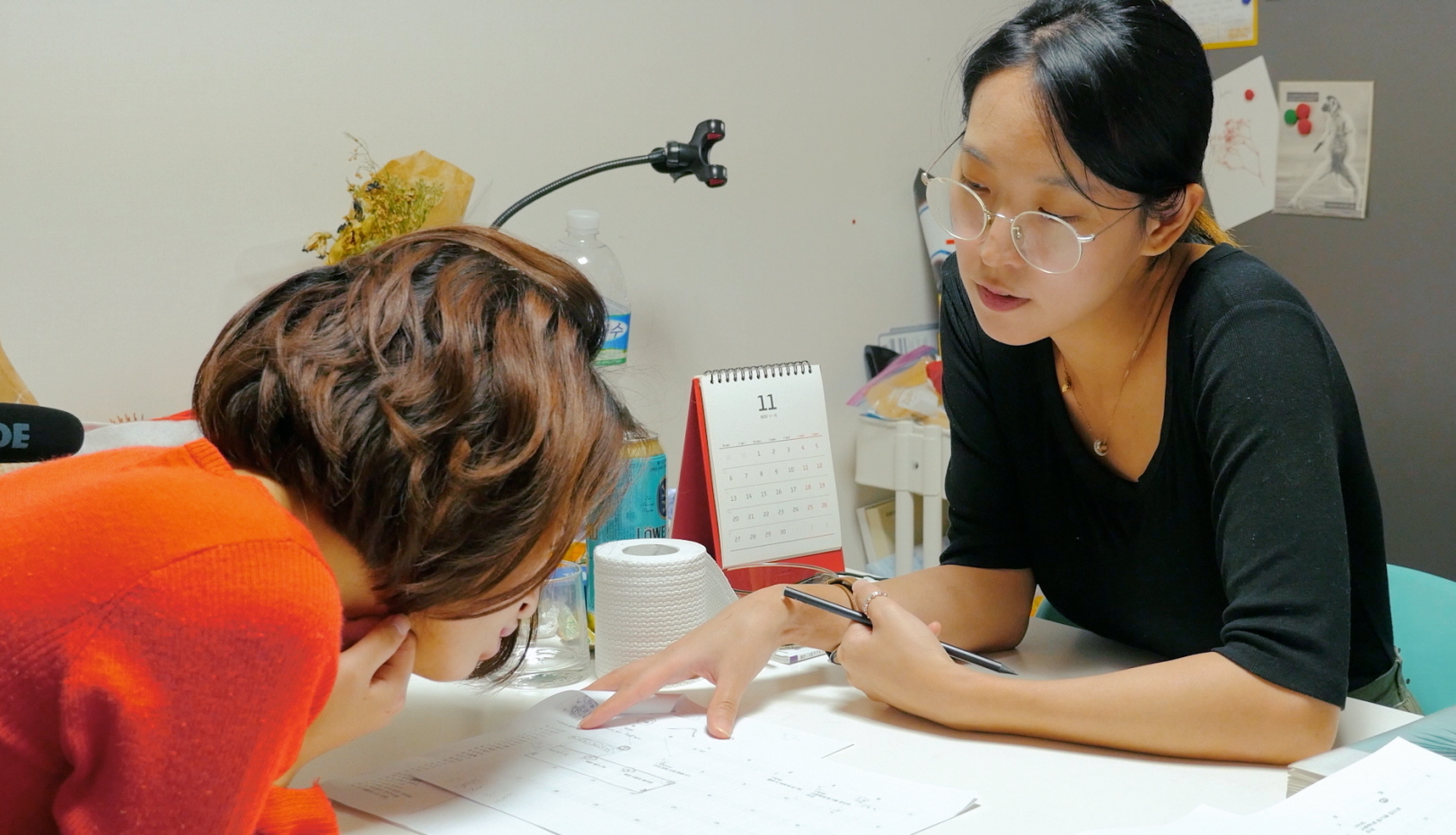 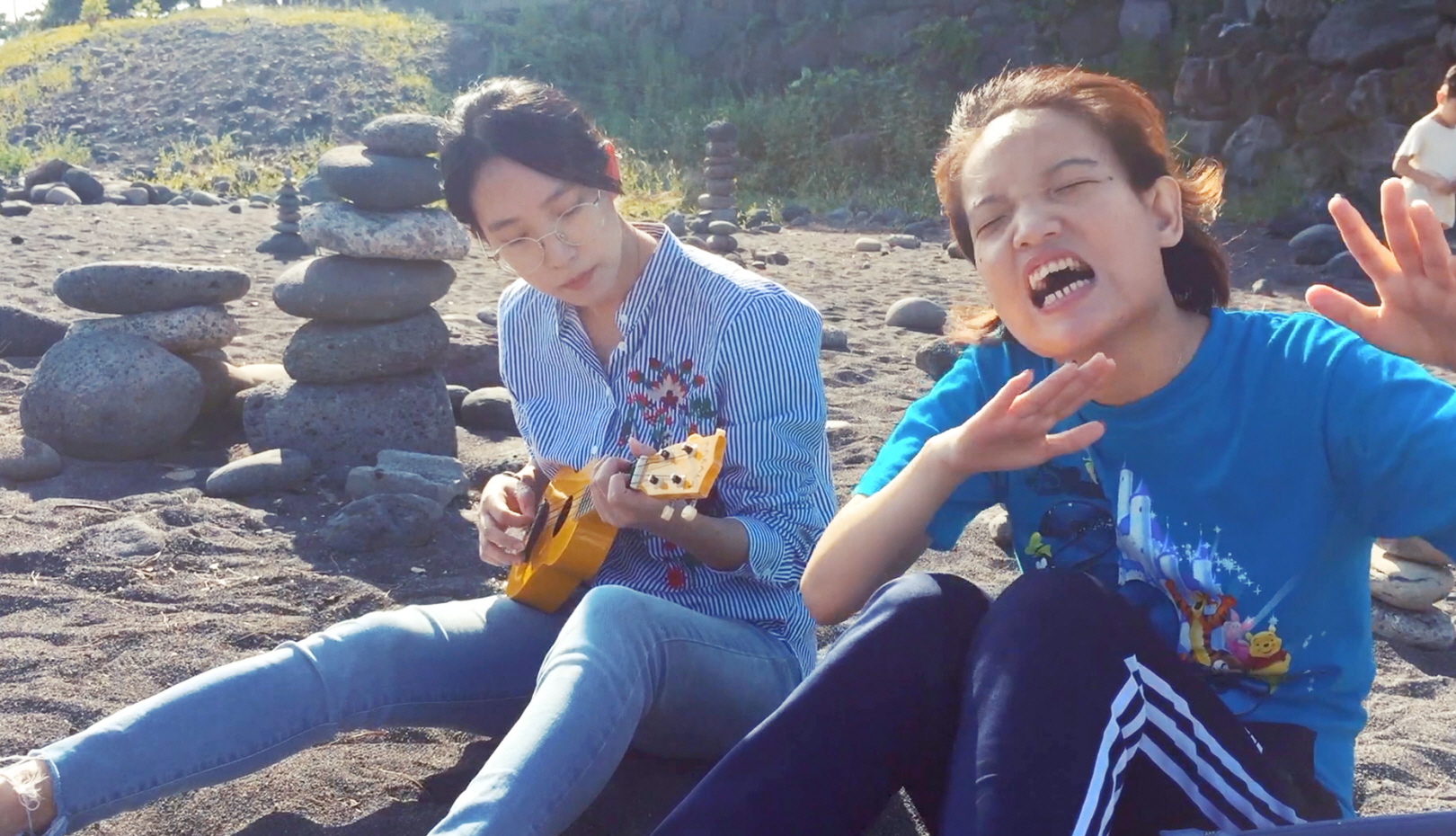 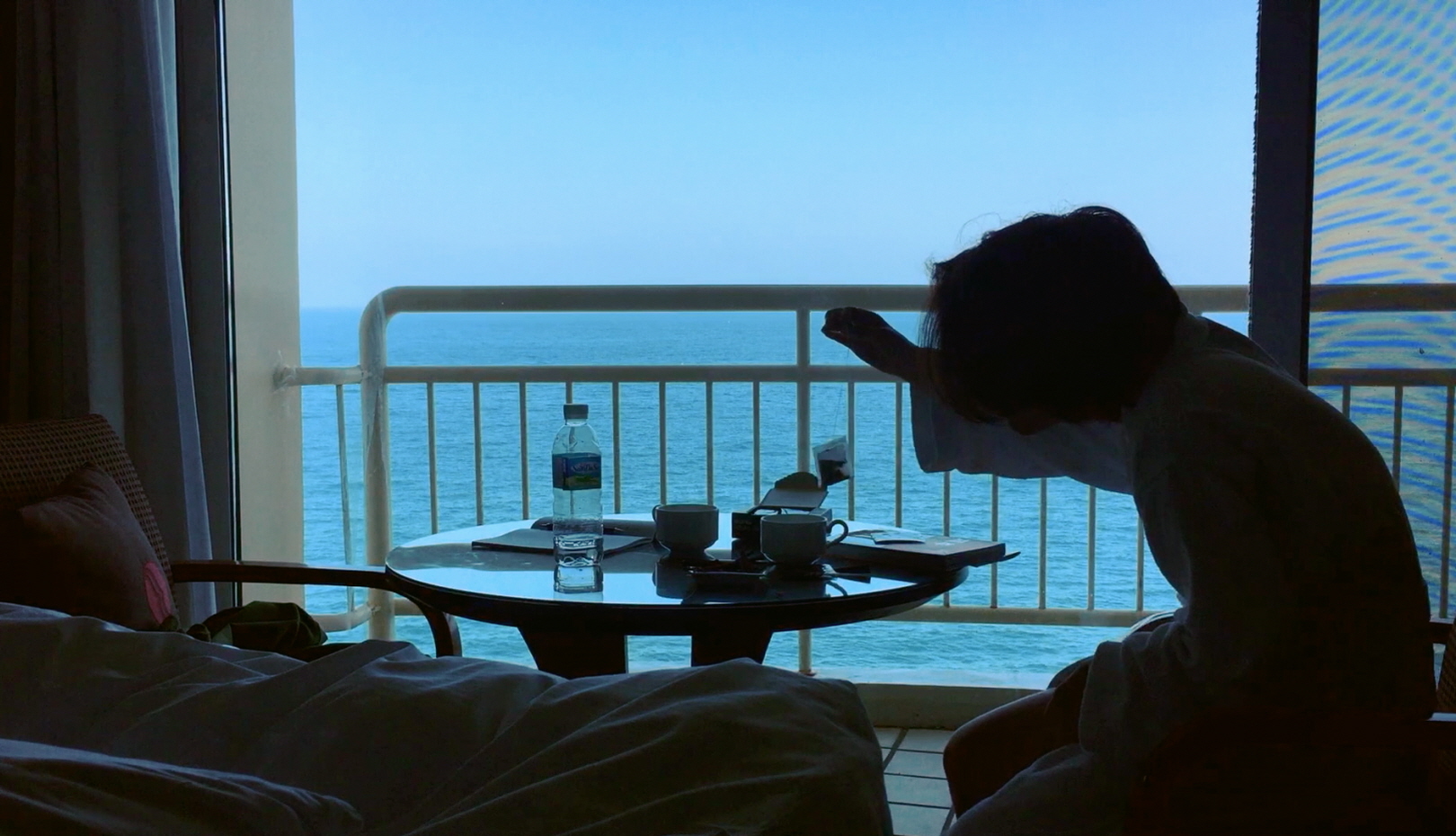 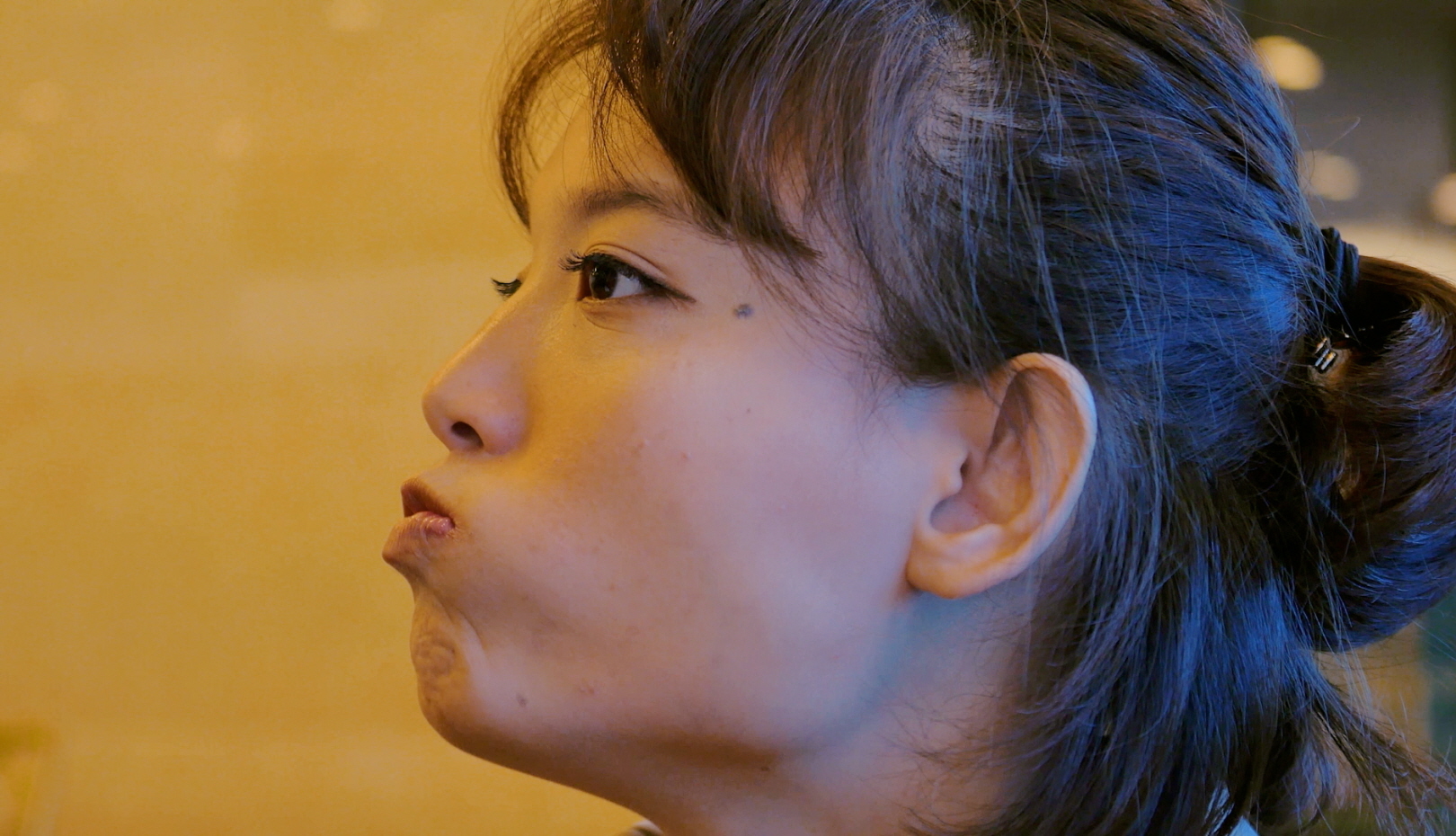 A heartwarming story of two sisters, Hye Yeong and Hye Jeong. The film chronicles Hye Yeong’s struggle to survive this society with her younger sister Hye Jeong, who had previously been placed in a care center for disabled people. Just because she was born with a disability, Hye Jeong had no choice but to live in a care center from the ages 13 to 30, but Hye Yeong starts asking questions about her sister’s life. The two sisters move in together and prepare to live as members of the society—shopping and sharing various foods together. However, Hye Jeong doesn’t find the society very helpful. Consequently, Hye Yeong spends a lot of time looking after Hye Jeong, and the two get to know each other better. At the same time, the film takes a close look at the people around Hye Jeong. That is where the true strength of the film lies. We are not led to pity or blow the whistle on the life of Hye Jeong who, as a social minority, had to remain invisible. Nor do we perceive Hye Yeong’s task of looking after her younger sister as overbearing or exhausting. The film achieves a balance between Hye Jeong’s journey to become who she really is and the way Hye Yeong and her friends come to terms with her new identity. The result is a symmetrical perspective towards both the one who looks after and the one who is looked after. [LEE Seung Min]