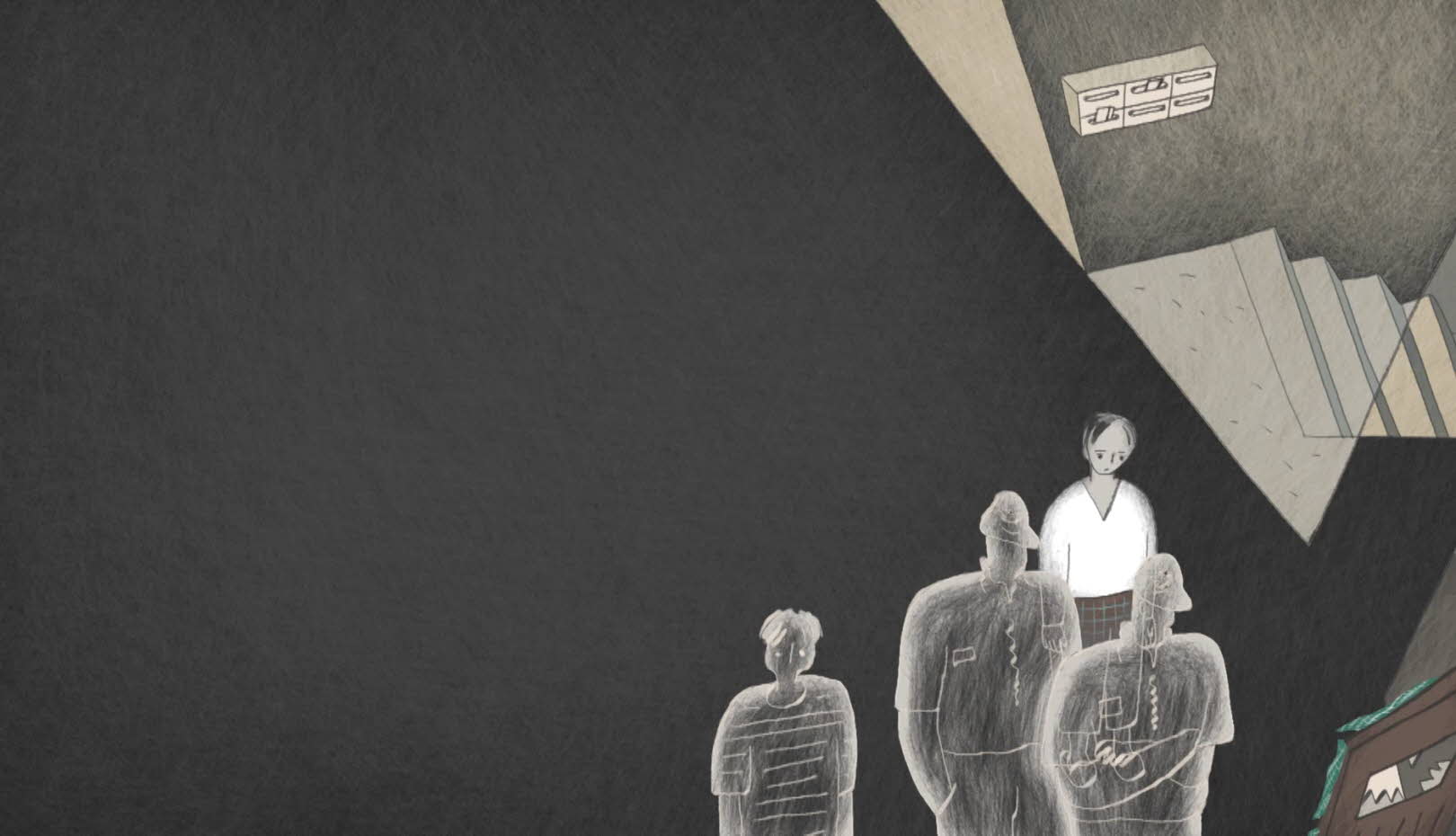 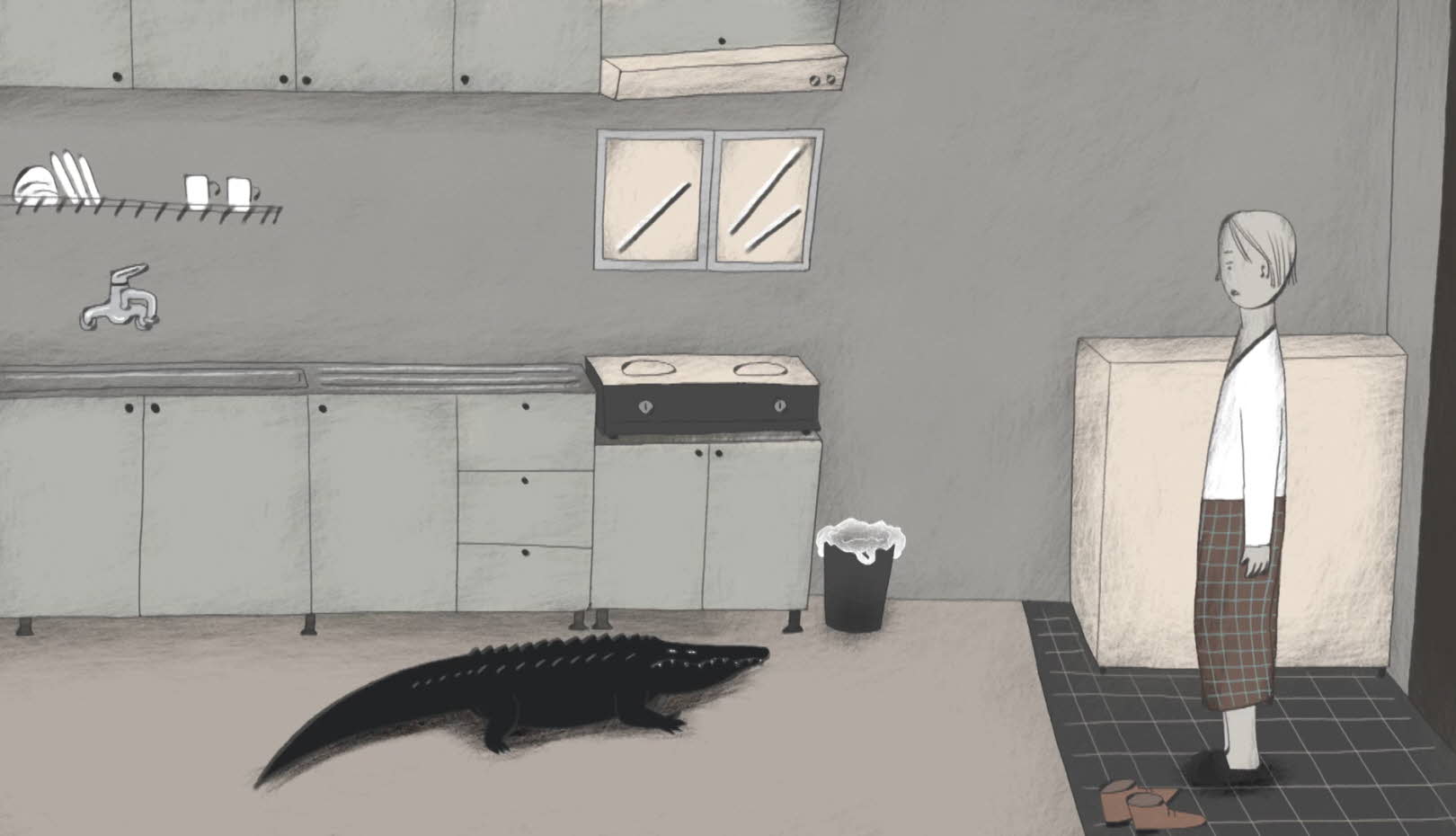 There is a woman living in a semi-basement flat; she is between jobs, and cup noodles, and simple convenience store snacks are what make up her bare subsistence. On the day when the man next door is carried out by paramedics, an alligator turns up in her semi-basement flat. The alligator threatens her as though the flat belonged to it, and she ends up being devoured by it. She opens up her eyes. What lies in front of her is the same old semi-basement flat. Neither the alligator, nor she has disappeared. The manner of expression of this film reminds us of some of Escher’s works in terms of a very achromatic, using almost black and white color schemes; spatial expression in which the distinctions between the 2nd and 3rd dimensions are not quite clear; a unique drawing style whose creative use of shadows helps to create certain emotions, and a framework whose start and end are indistinguishable. Hey, alligator, who are you? [AHN Boyoung]