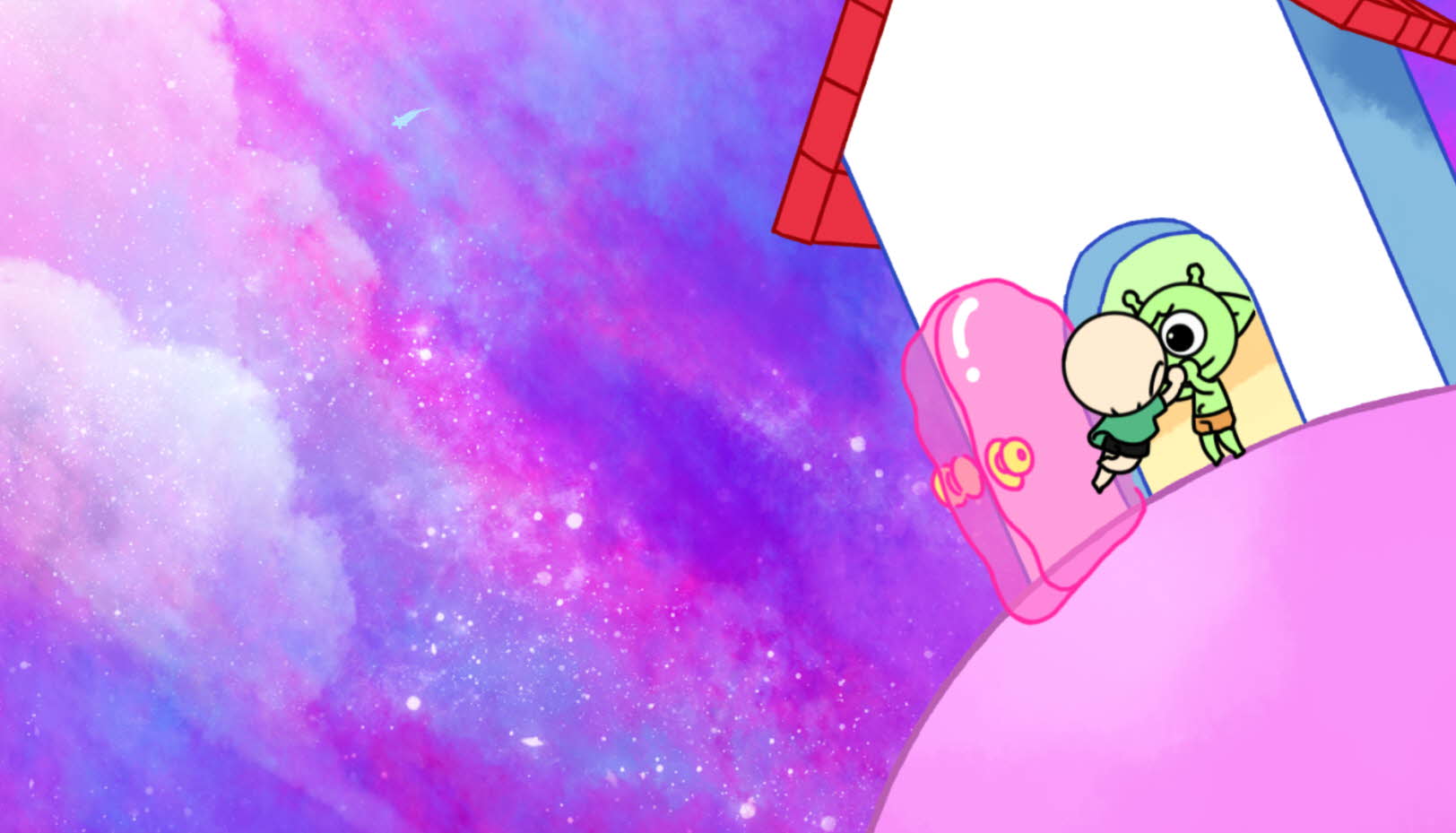 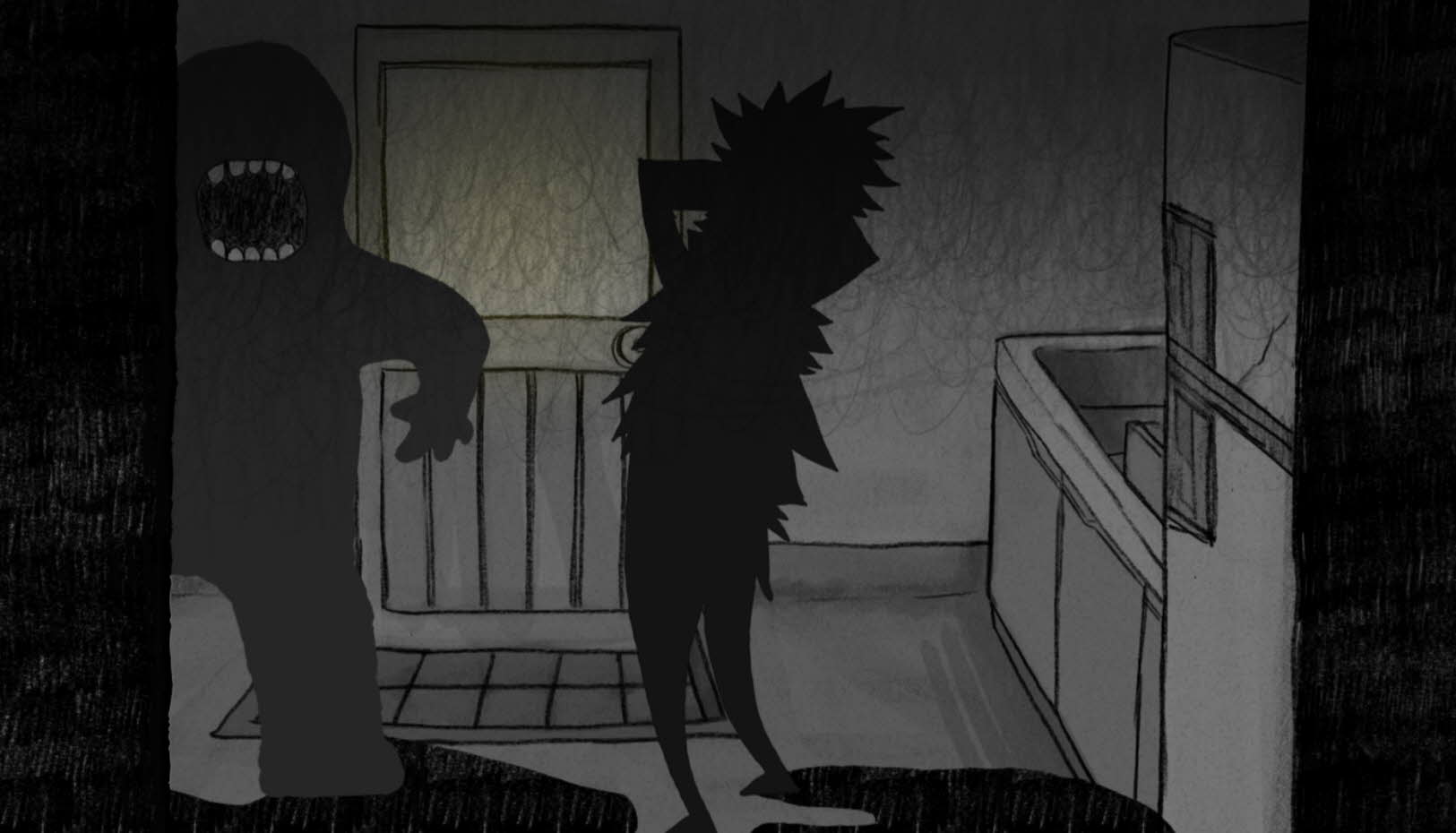 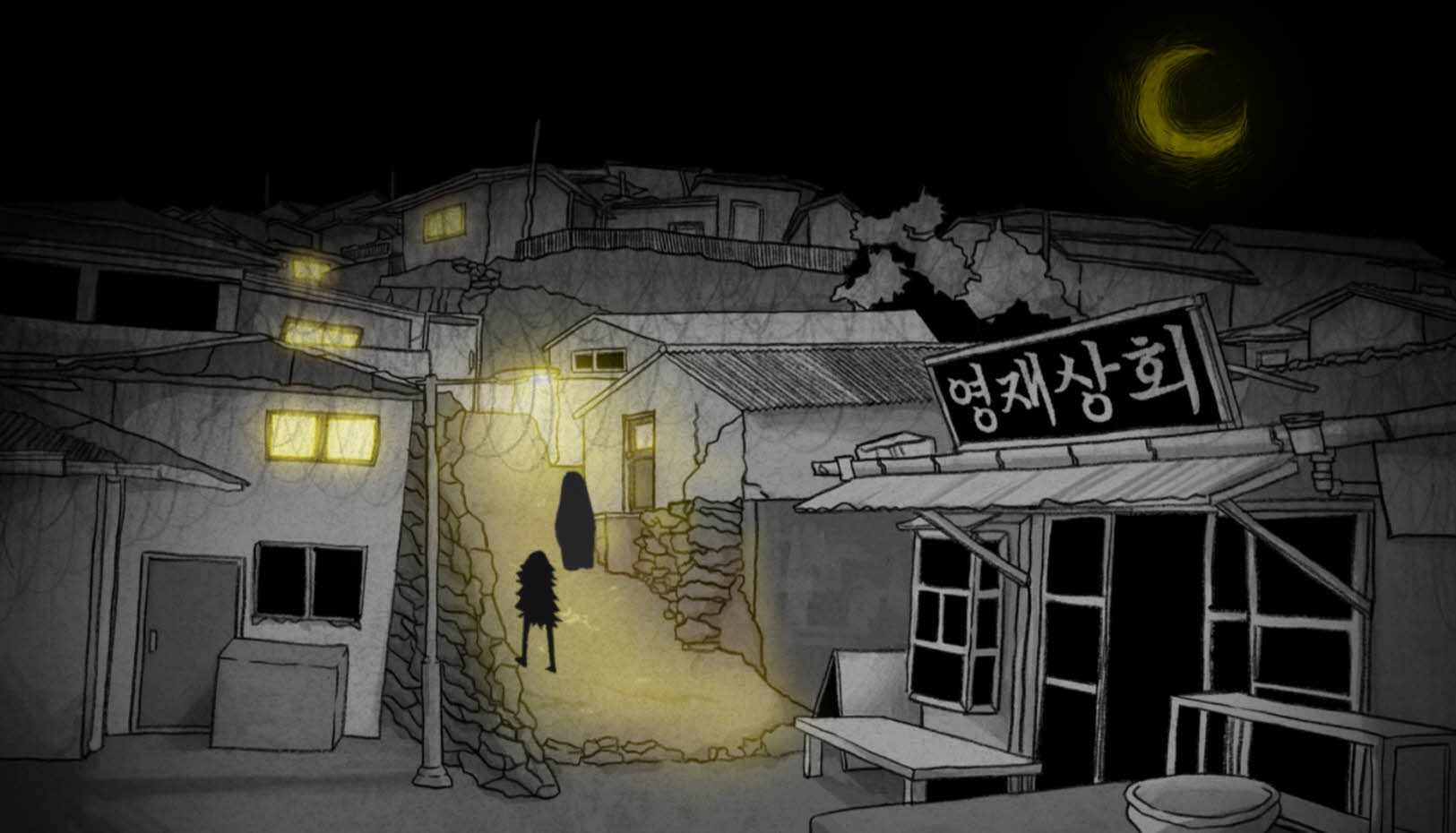 An animation that exposes the horror of domestic violence through the visual contrast between reality and inner world. The child runs away to the dark and moist bathroom, away from physically abusive parents. There, the child travels to the beautiful universe described in books. The space of reality – one where the child faces the parents’ violence – is depicted as a grotesque, expressionistic black-and-white room, whereas the space of the child’s imagination is illustrated as a fantasy filled with technicolor and fairytale characters. [BAE Joo-Yeon]