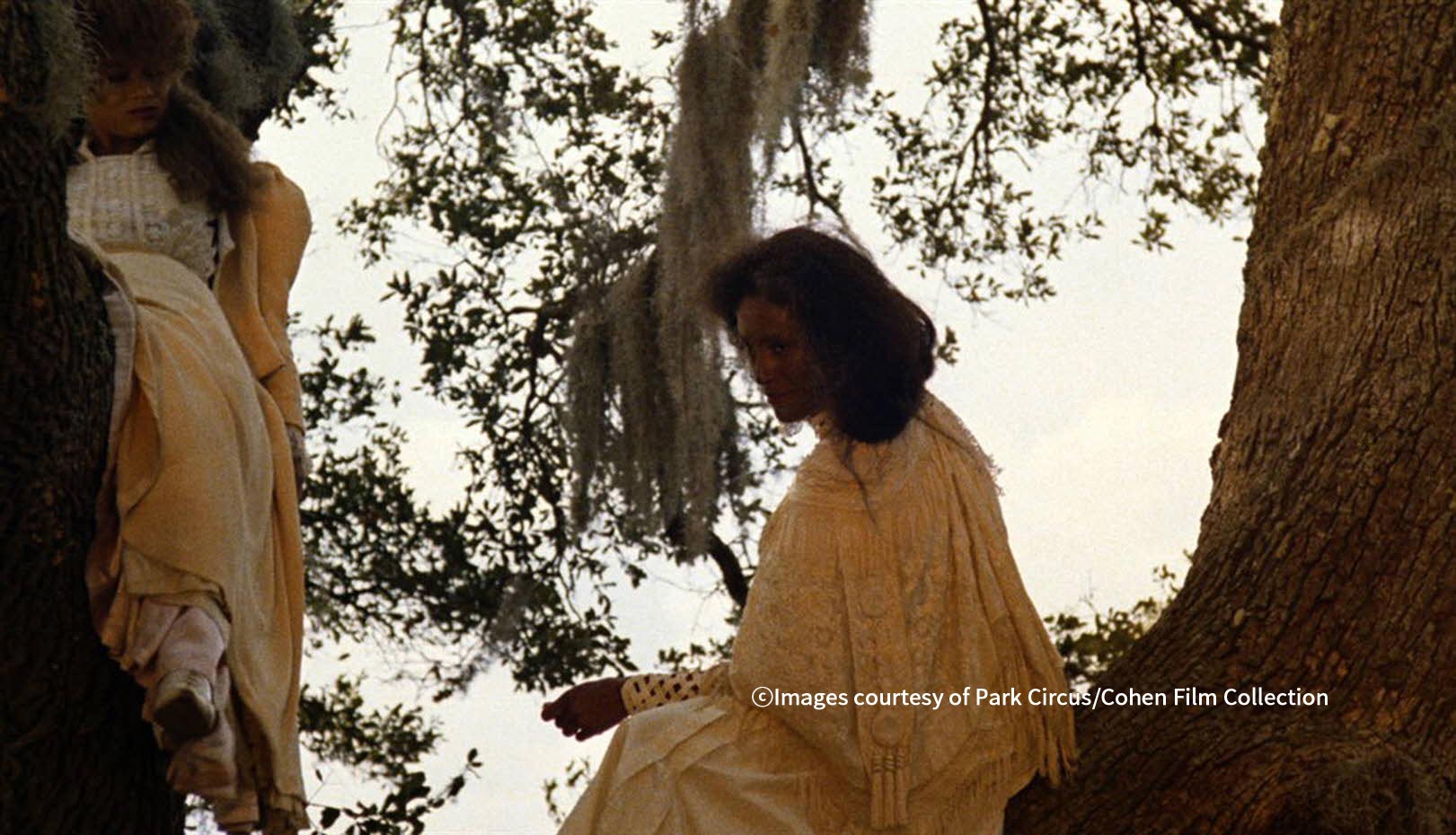 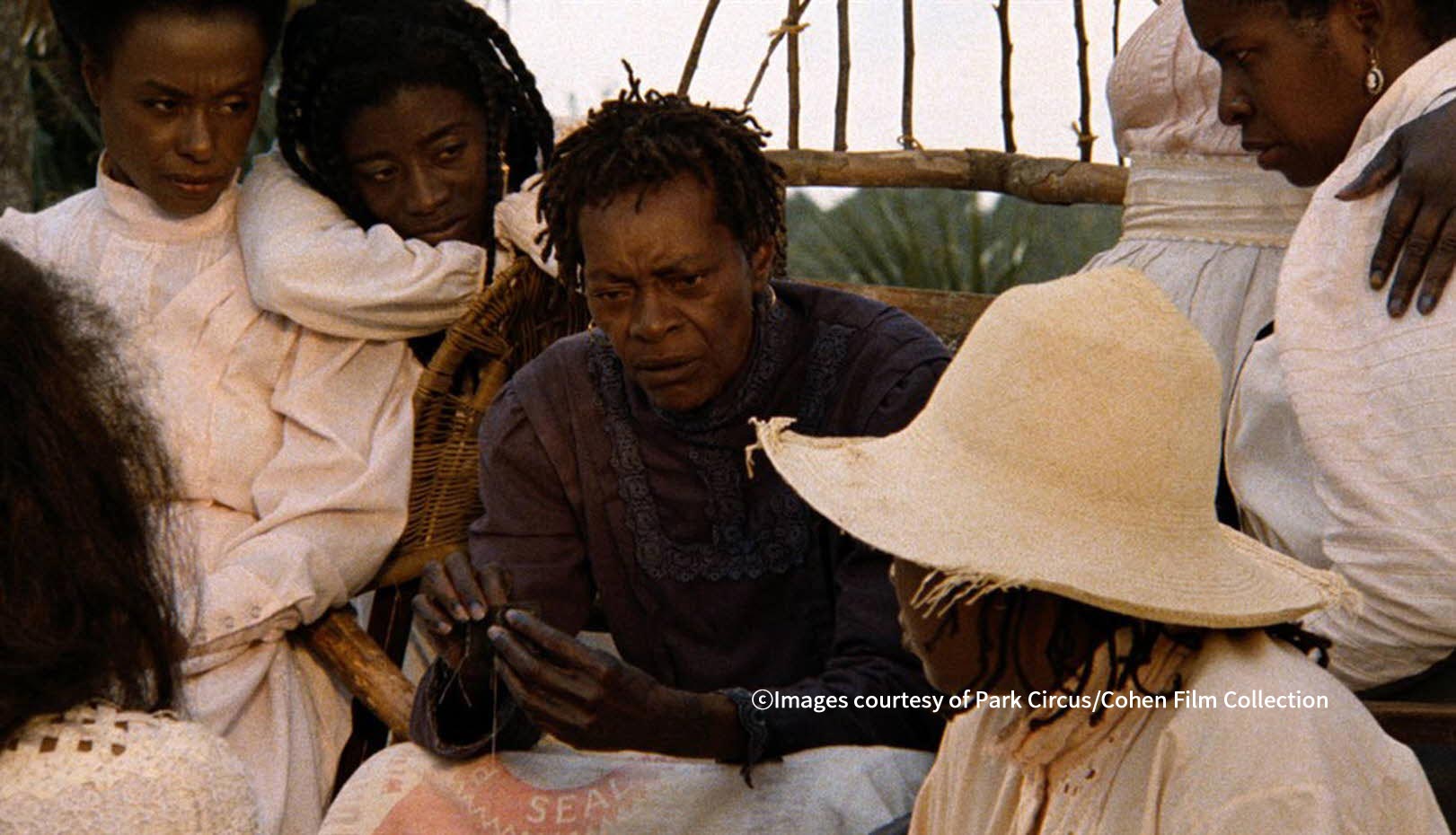 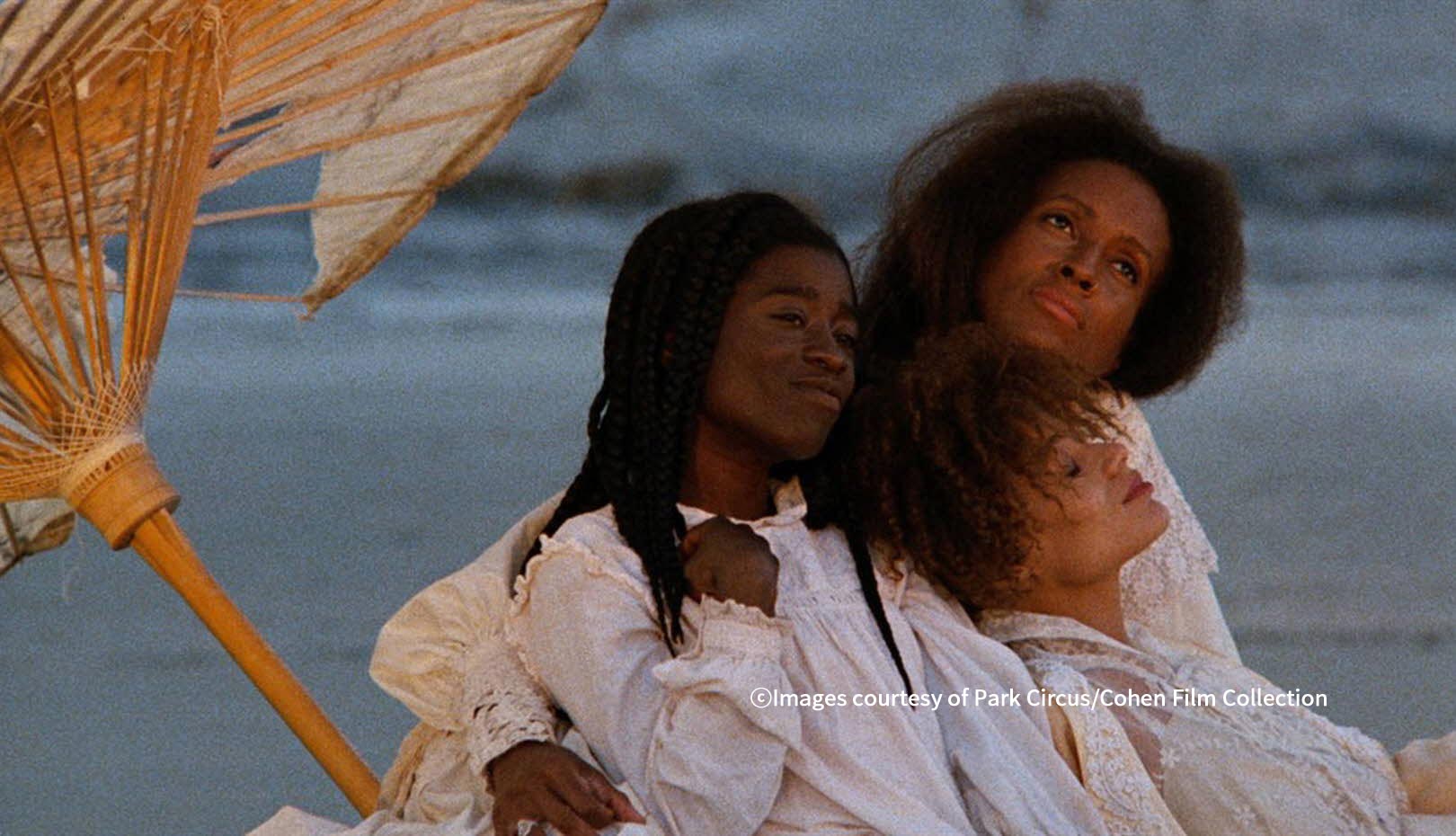 Daughters of the Dust is the first feature film directed by an African American woman to be distributed theatrically in the United States and one that powerfully captures the voice of an African American woman in the 1990's American independent film world. The film takes place in 1902 and is about three generations of Gullah women who are tenant farmers in Ibo Landing on St. Helena Island. Their ancestors were brought there as slaves centuries ago and developed a unique language and culture that was a creole of the different West African cultures on the isolated island. The families of Ibo Landing are able to embark for the mainland and a more modern way of life by following the migration routes which began after the civil war.

Julie DASH's direction unfolds the nonlinear narrative across past, present and future and uses a poetic succession of scenes to depict the community's collective memory. An interesting aspect of the film is that it is narrated by an unborn child, bringing in the future perspective, while the past and old ways are represented by the narration of the community matriarch, Nana Peazant. In doing so DASH brings the history of the three women's generations together. With close-ups focusing primarily on women and with important lines delivered by women, Daughters of the Dust is a landmark of women’s film. [HONG So-in]