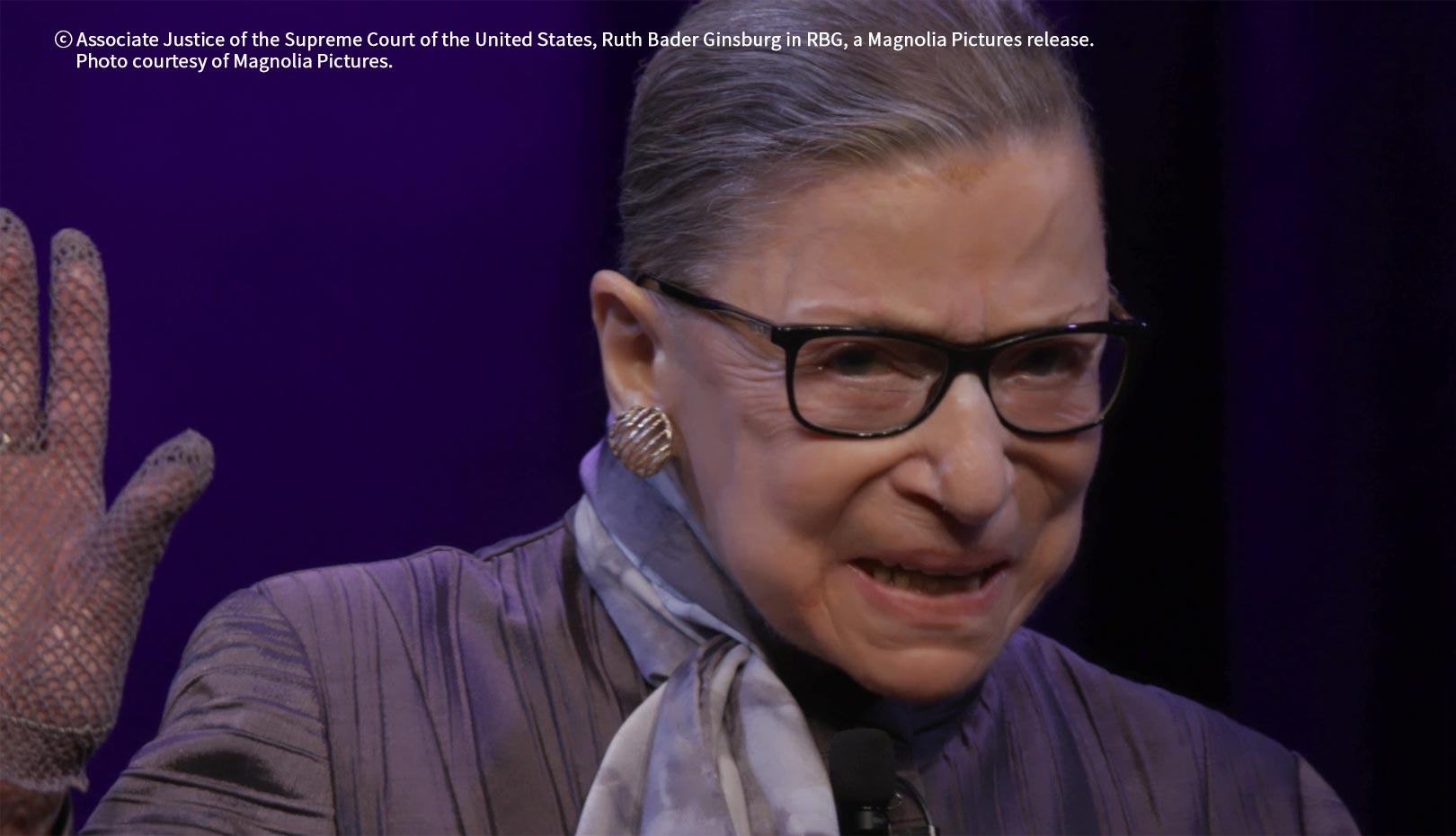 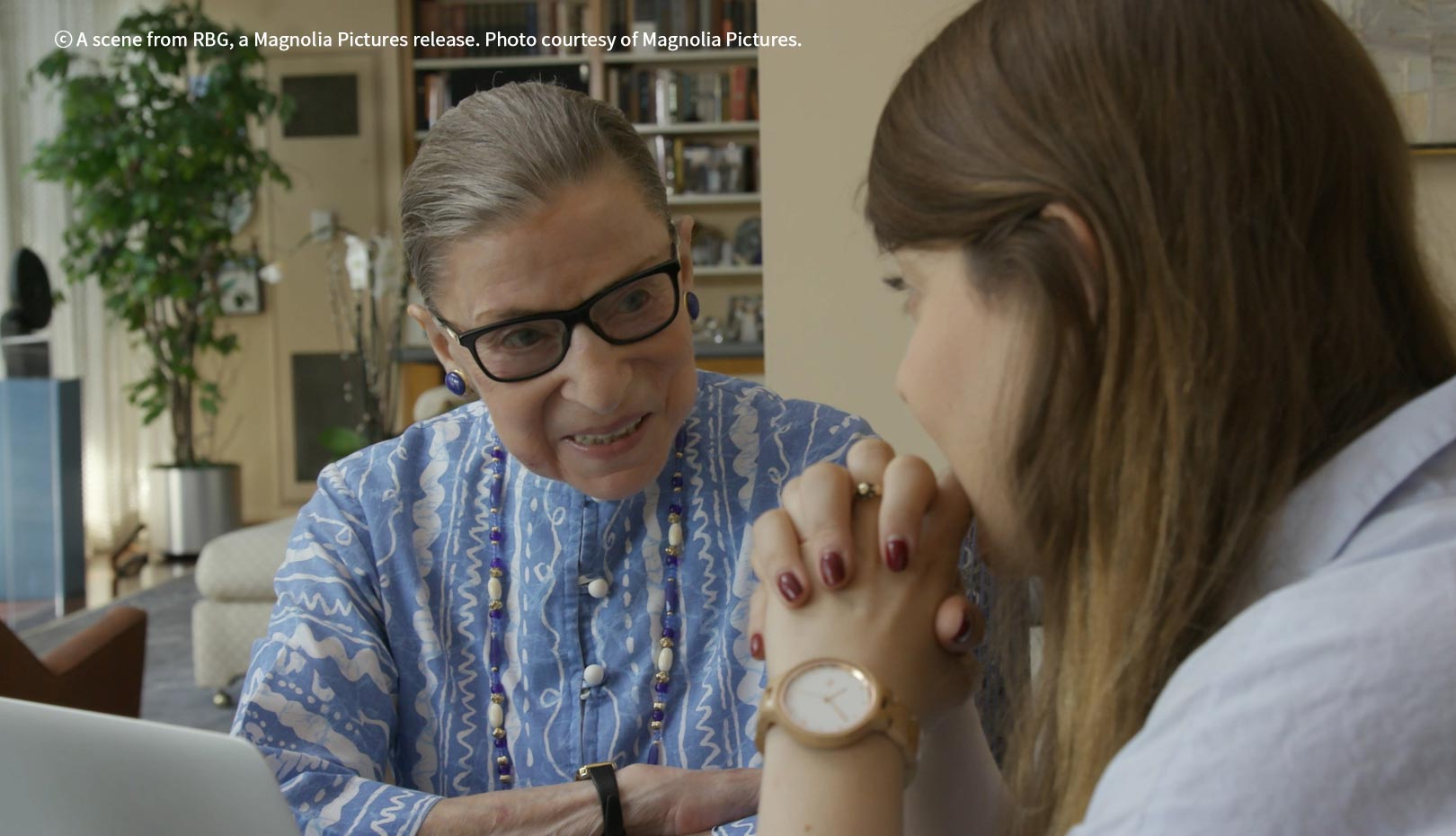 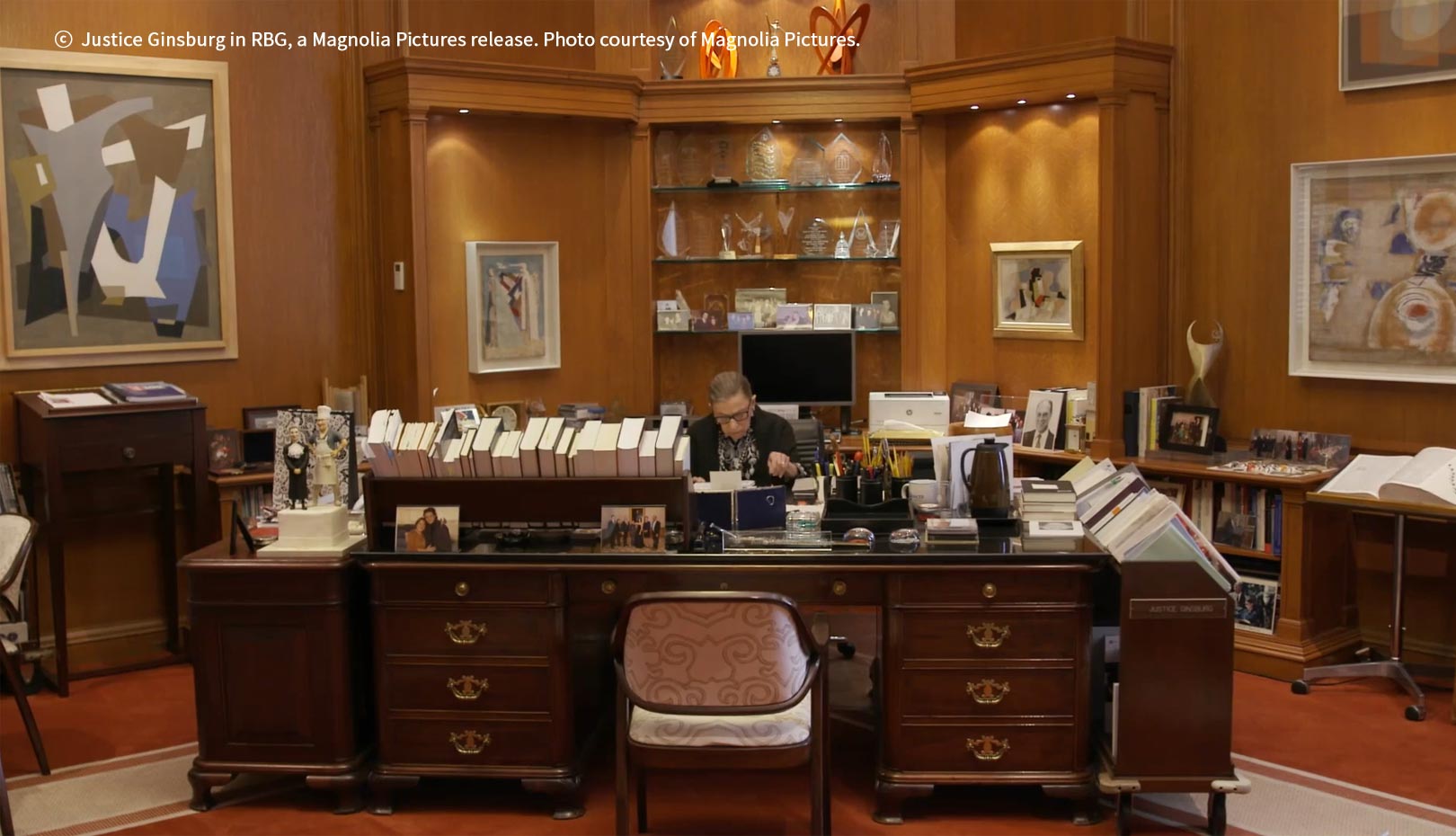 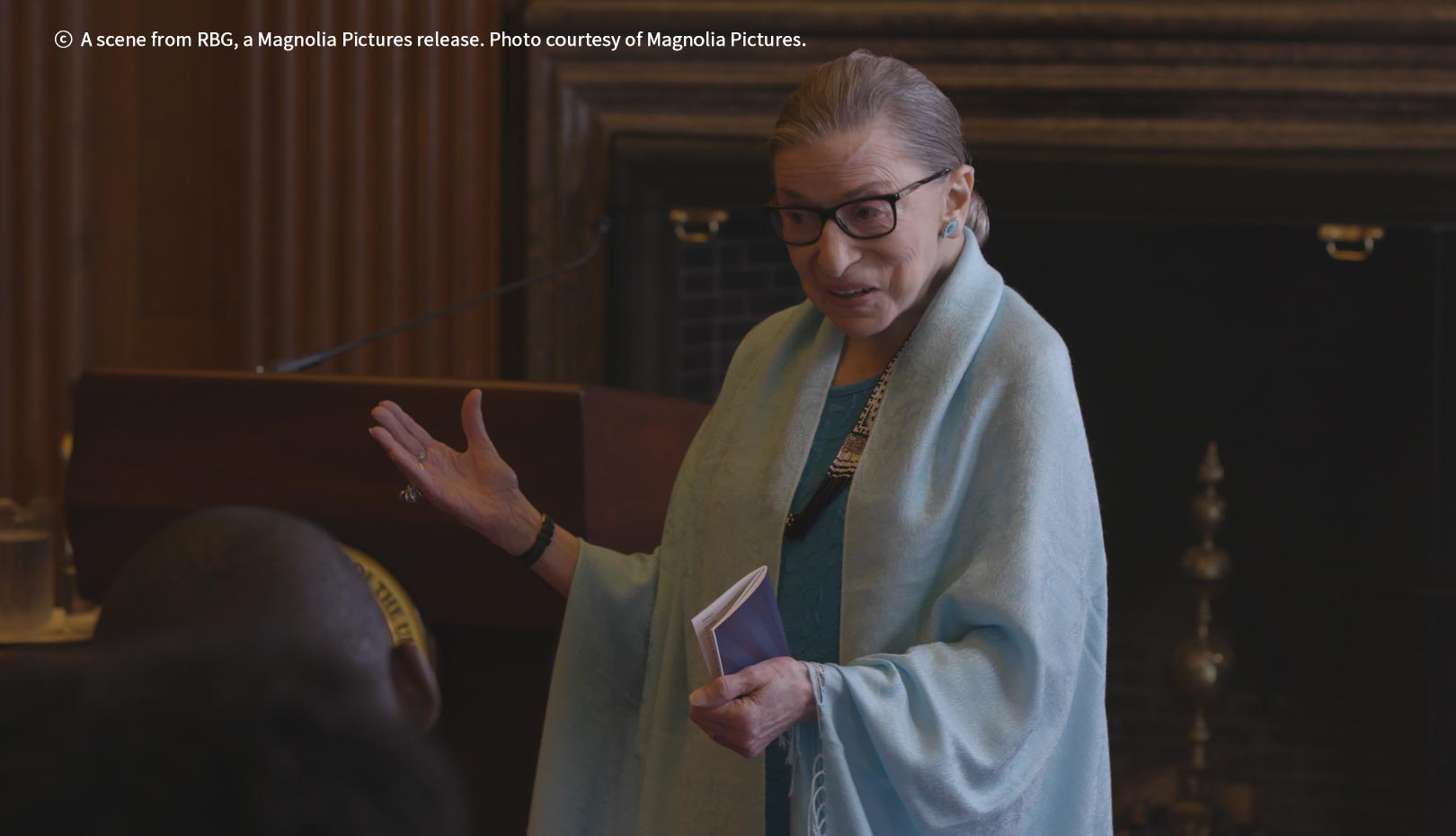 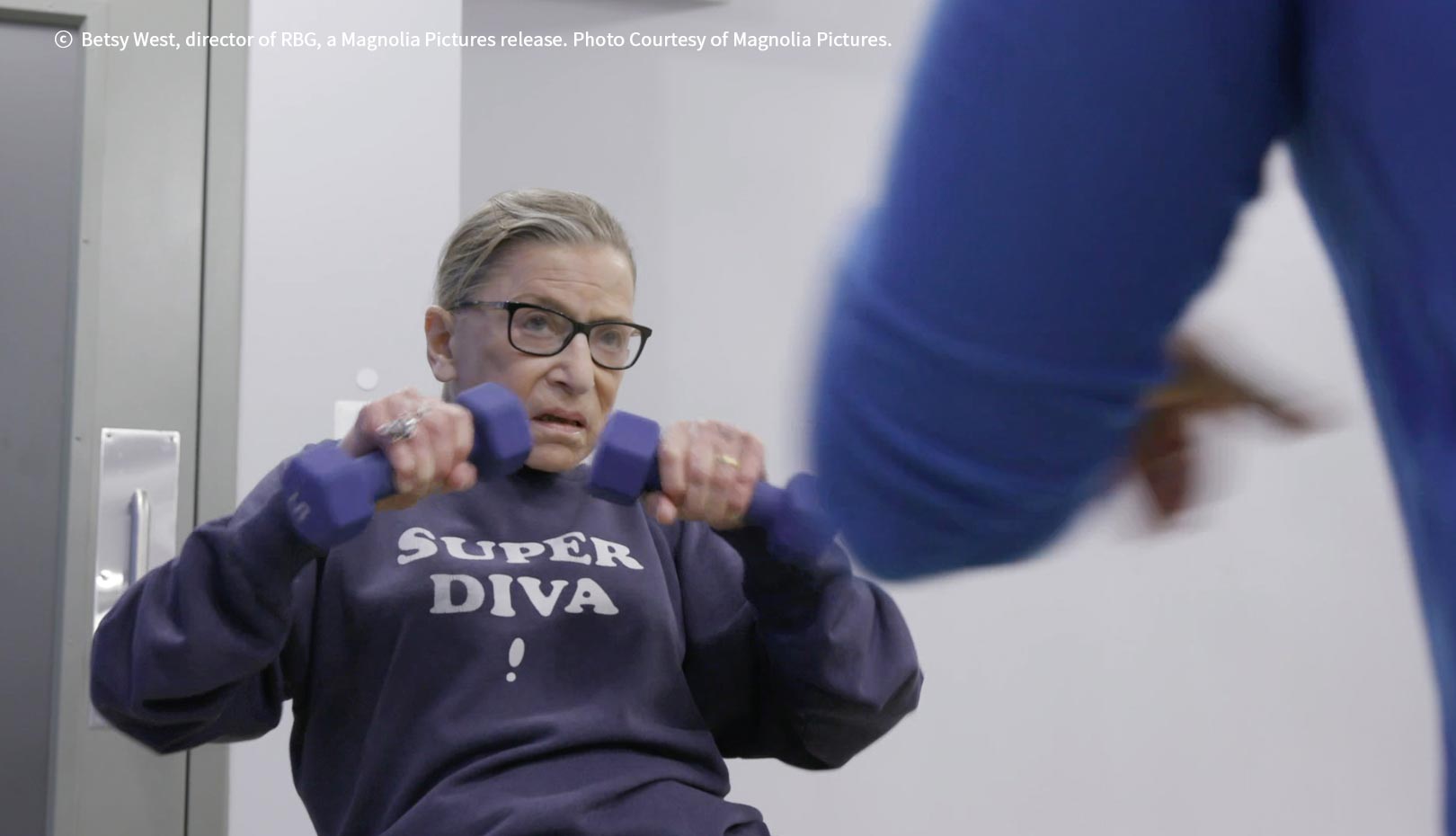 RBG follows the life of Justice Ruth Bader GINSBURG, who battled for legal justice for women and minorities ever since her appointment as the United States’ second female Supreme Court judge in 1993. Starting her legal career with her admission to Harvard Law in the 1950s, a time when discrimination and oppression against women were severe, she has relentlessly raised her voice for the past 60 years.

“Notorious RBG,” is the nickname given to Justice GINSBURG by the American youth. As the only female Supreme Court judge after the retirement of Sandra Day O’CONNER, GINSBURG emerged a popular icon following the Shelby County vs. Holder case (2013). During this case, she made a minority opinion that racial discrimination continued in the U.S., and that federal legal provisions must be provided to rectify this; her statement “I dissent” had a profound impact on progressive youths.

Women in South Korea in 2018 fight for equal legal rights under the slogan “The same crime, the same investigation, the same punishments”. Men already have vested rights, despite the fundamental legal premise that “All are equal before the law.” The life of “Notorious RBG” may give us hope at this time that change is possible, and make us think about the meaning of feminist politics. GINSBURG truly deserves the title of “feminist pioneer and icon” for her consideration of the marginalization of other minorities as a marginalized woman . [Jay SOHN]