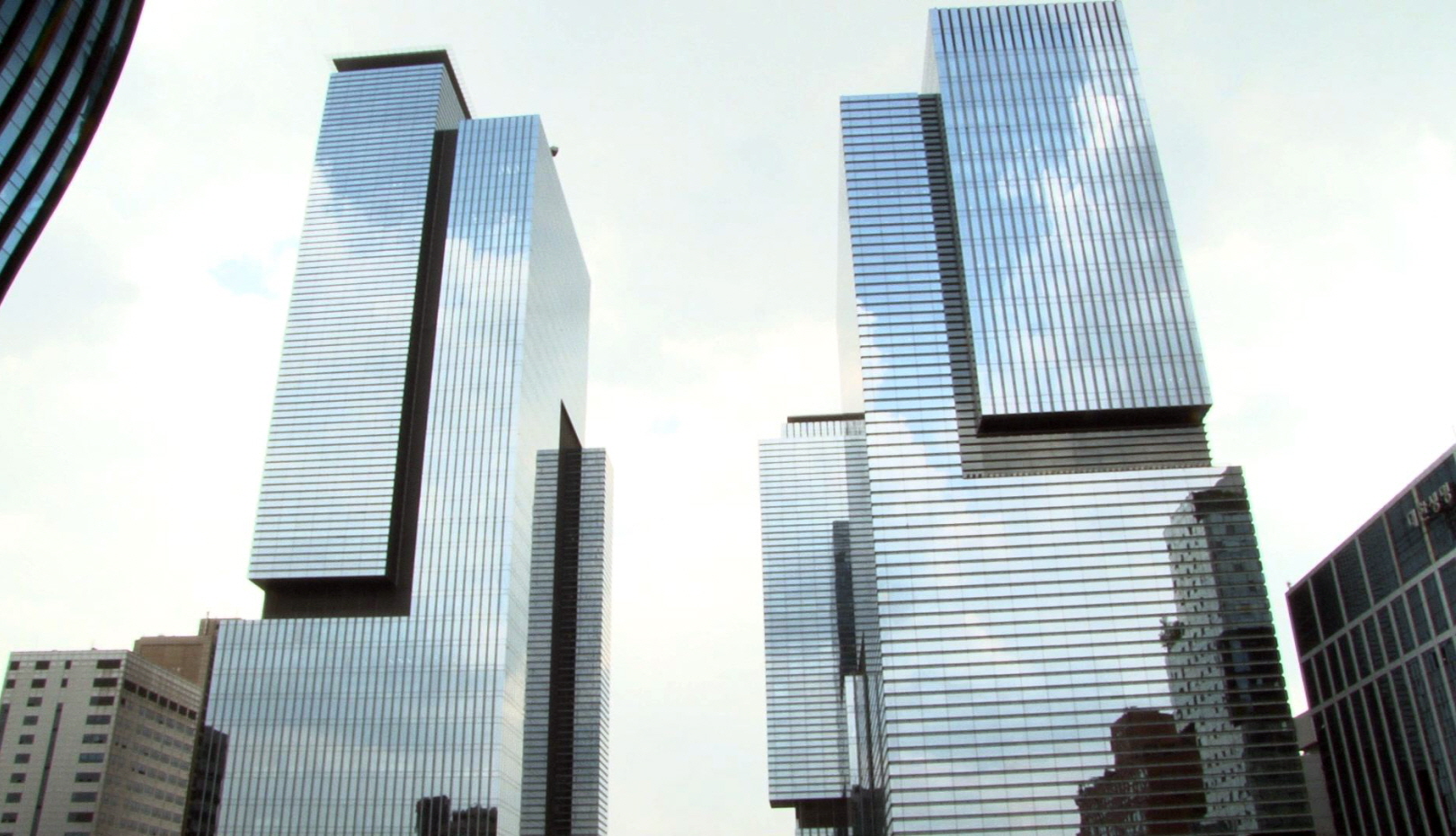 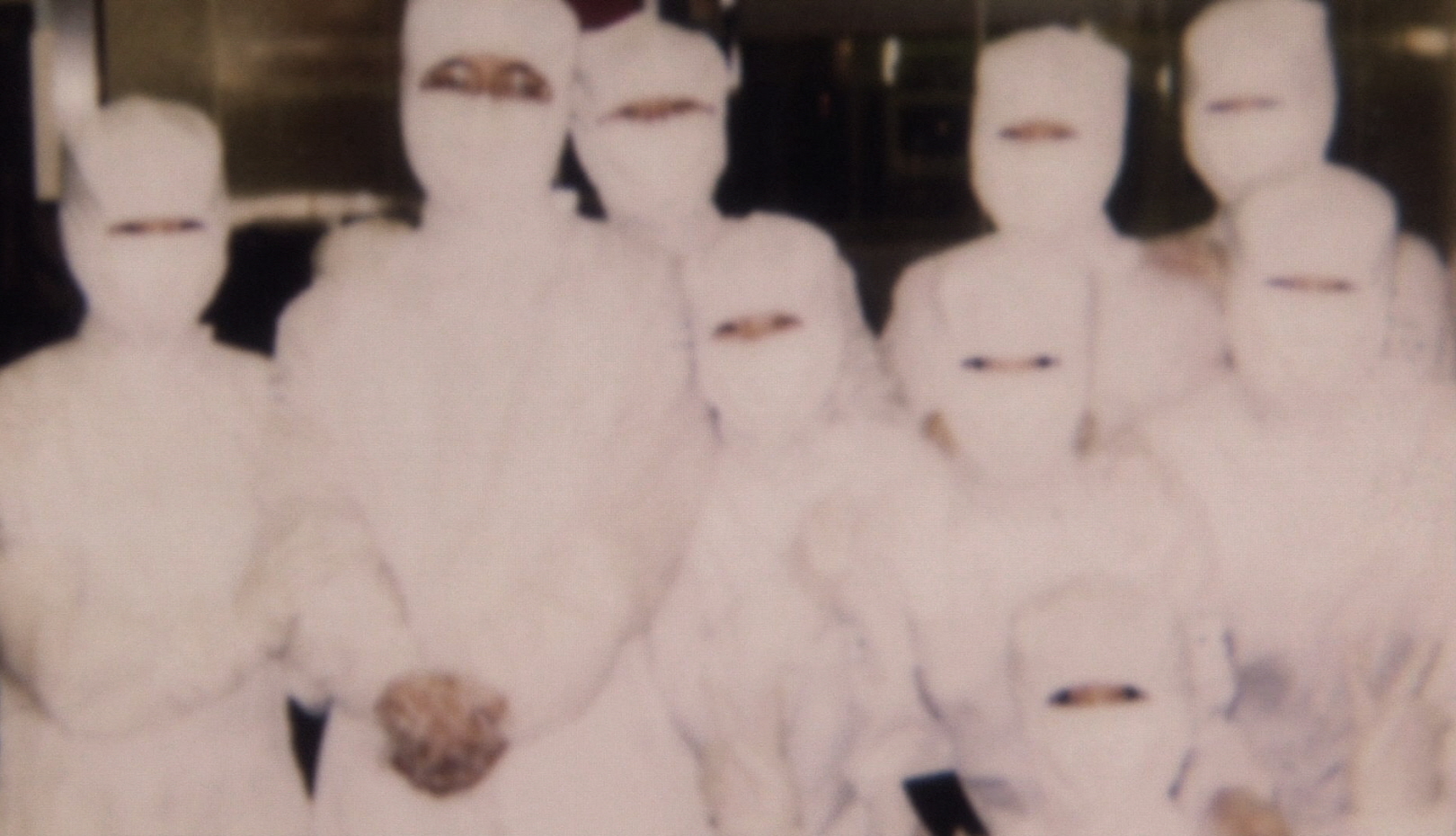 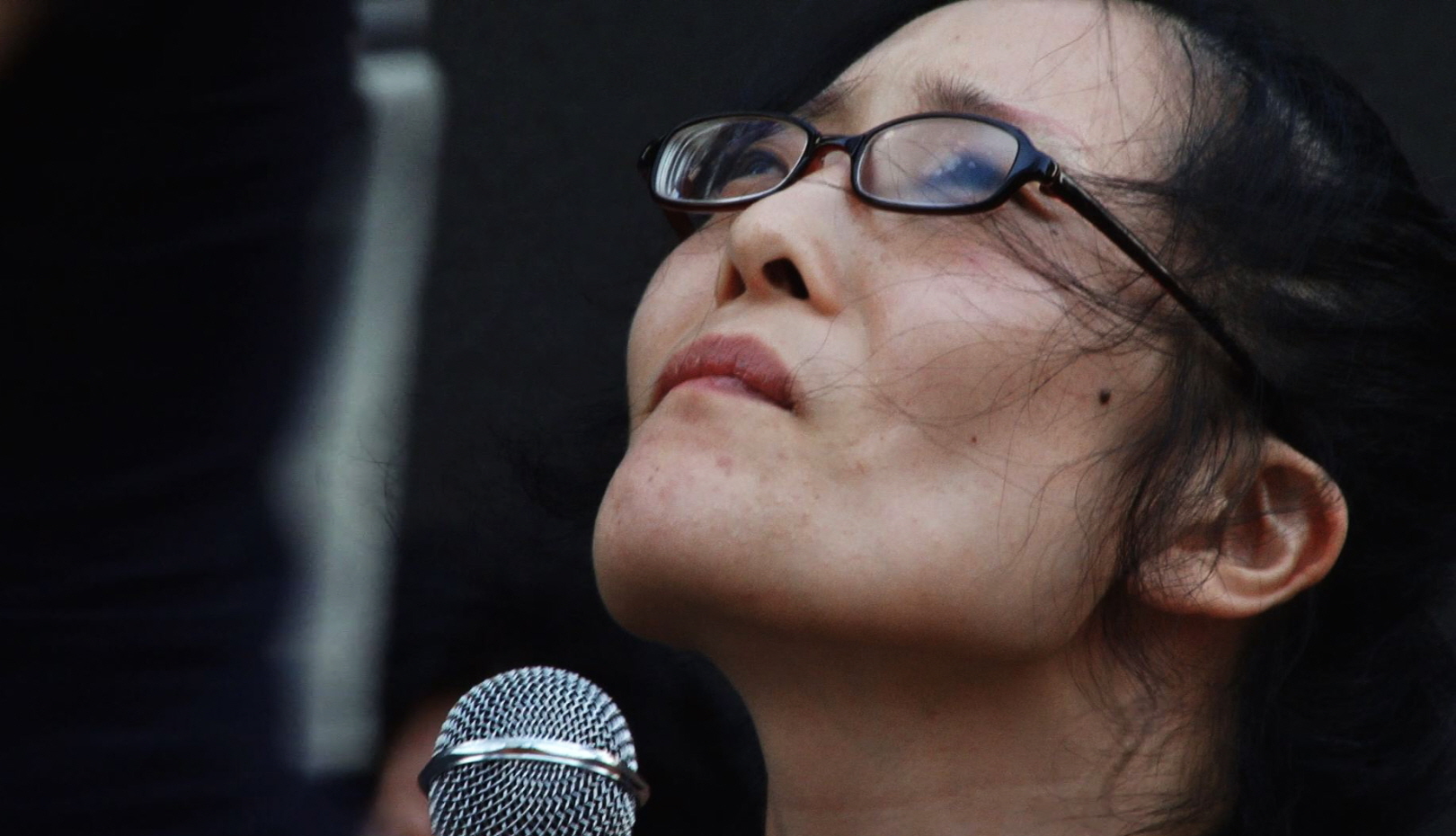 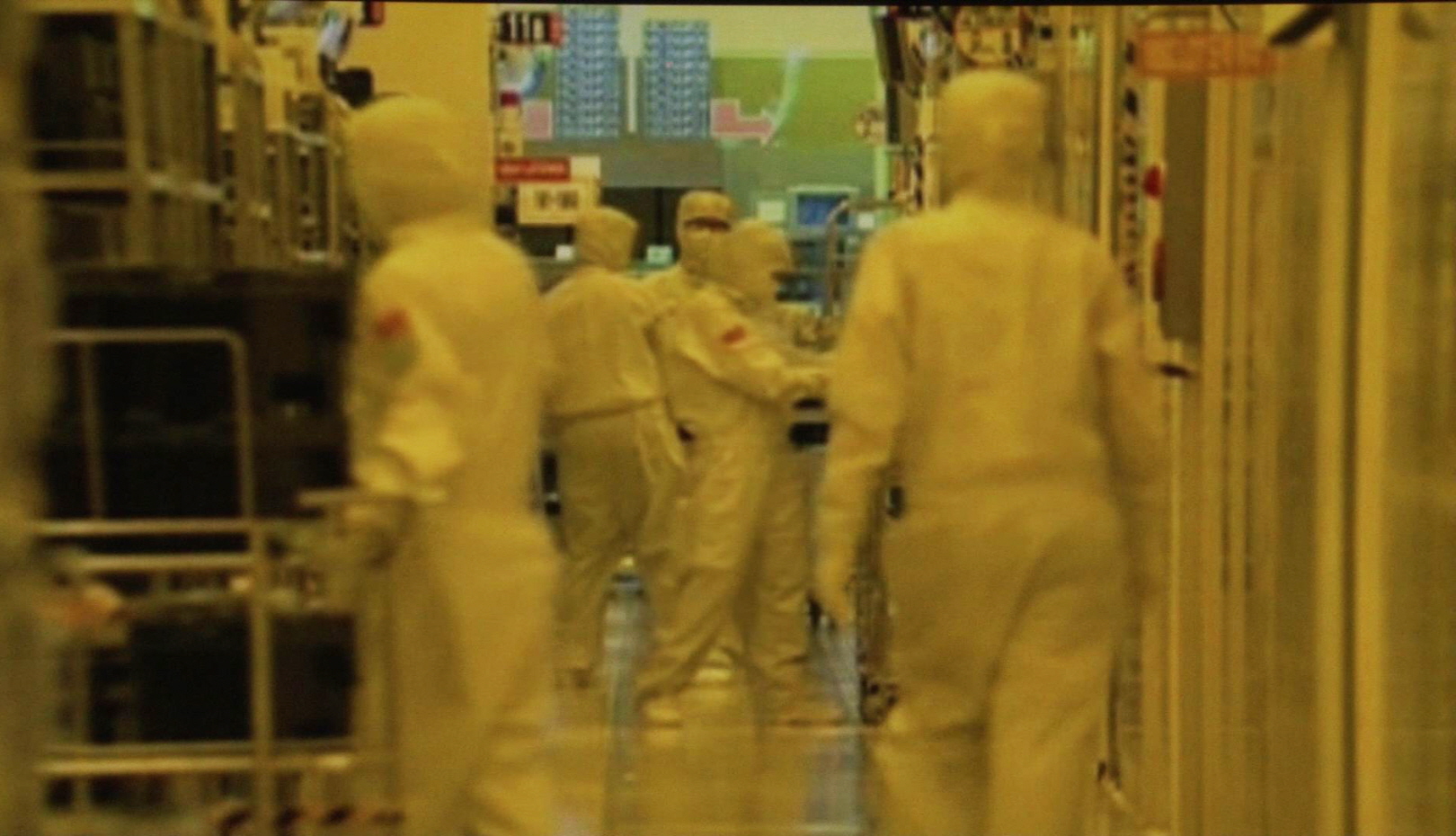 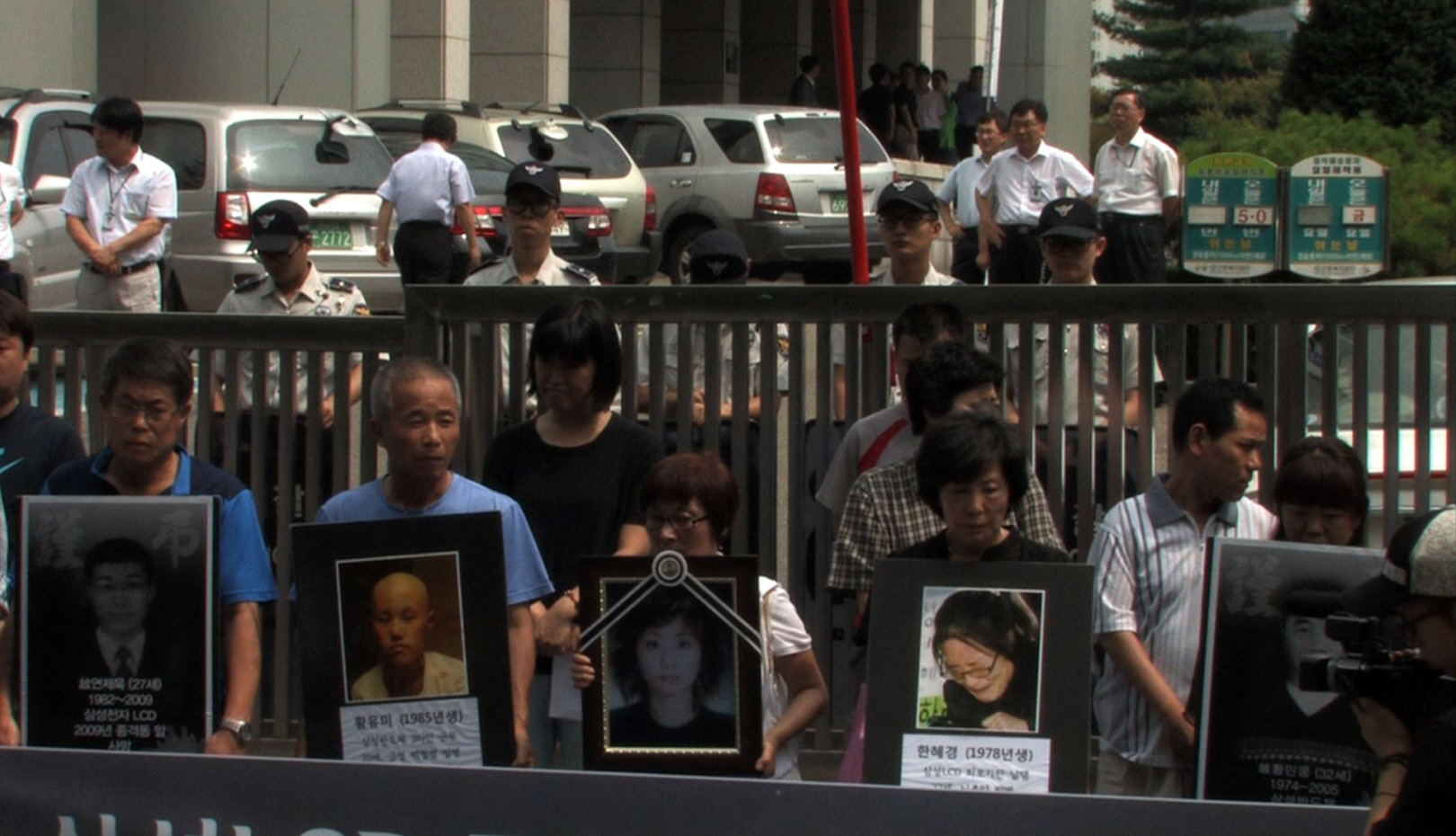 The Empire of Shame

What’s all this? Why have things gotten this far? It’s so pathetic and frustrating.” (Quotes from Hye-kyung in the film))

The Empire of Shame challenges the “Samsung Legend” by tracing the tough and strenuous struggles of female workers employed at Samsung Electronics Semiconductor factories. Although Samsung has consolidated its image as a top-notch business corporation through the media, many young laborers have died from handling hundreds of harmful chemicals behind the closed doors of factories. Their deaths have then been covered up. The dreams and everyday lives of the female employees of Samsung Semiconductor have evaporated between their protection caps and garments. Whilst keeping a distance, the camera follows the industrial disaster victims and their families, who endure a long struggle against their Goliath, Samsung.

Despite their pleas for those responsible to please come out and face them, they are simply confronted with the cold glass walls of the Samsung Head Office building reflecting everything, the winds that blow among buildings, and hired security guards standing in their way. Their desperate cries do not reach the ears of those responsible, and the struggle that gets nowhere continues today. Through sound and image variation, The Empire of Shame artistically achieves the sense of greed that exists in such a top-class company and the reality of its unreal cruelty. [HONG So-in]