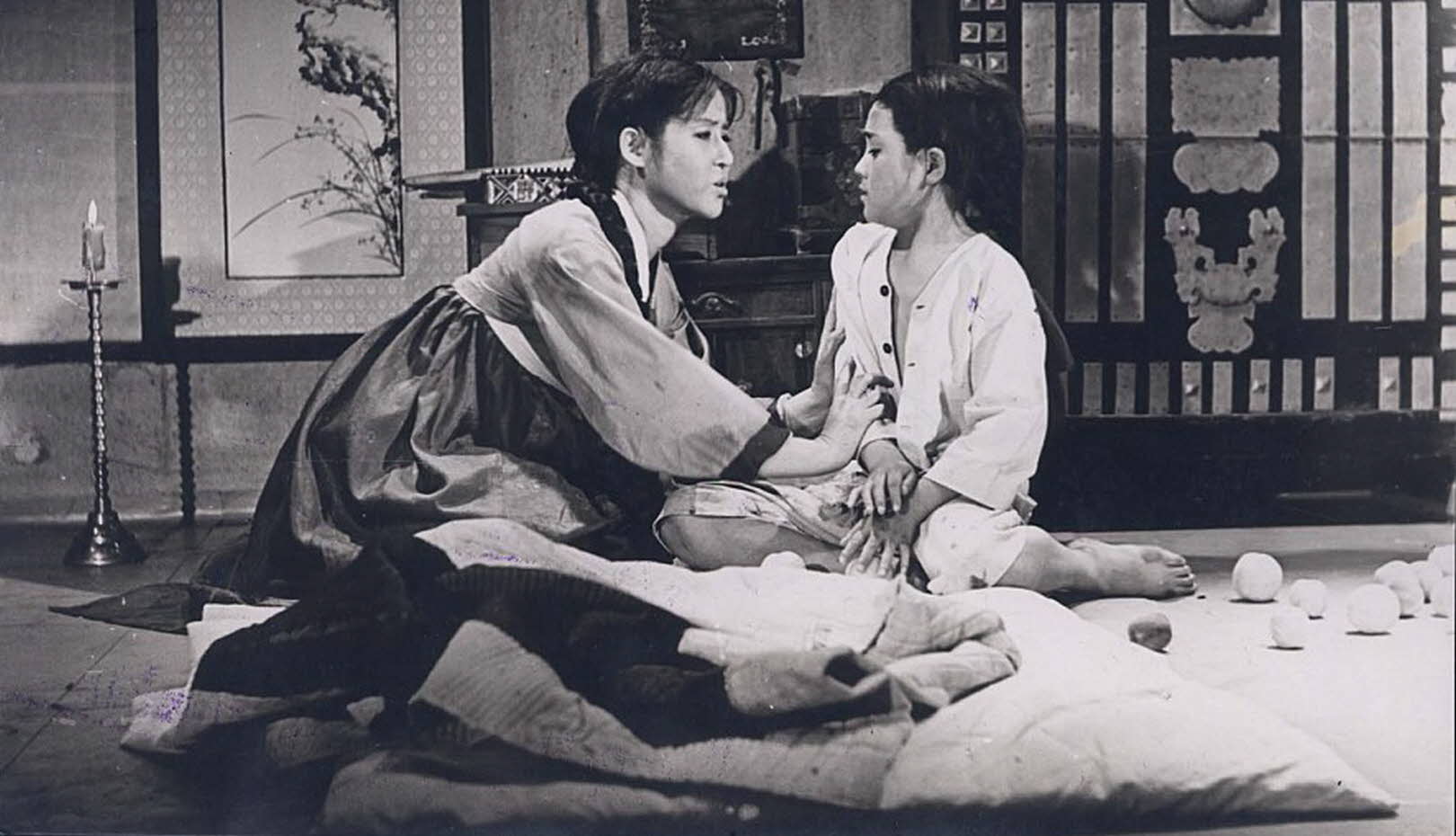 The Girl Raised as a Future Daughter-In-Law

CHOI Eun-hee’s directorial debut The Girl Raised as a Future Daughter-In-Law is the story of ups and downs of a future daughter-in-law who, due to poverty, married an infant rich groom. A ruined widow’s daughter Jum-soon has no time to rest, as her mother-in-law treats her like a maid, leaving her with all the kitchen chores, house cleaning, grinding grain, and sewing, while the mother-in-law smokes a pipe and nitpicks on her. What allows Jum-soon to endure is her ‘duty as a woman’ taught to her since young and her child husband’s lovable yammering. Handling both the directing and acting for The Girl Raised as a Future Daughter-In-La, CHOI Eun-hee takes advantage of the star system and genre conventions, expected for the film of an actress who led the 1960s Korean cinema golden age. The numerous episodes between a young husband and an adult wife sheds new light on the familiar problem of the conflict between mother-in-law and the wife in feudal society. The beginning of the film immerses the audience on the difficult daughter-in-law life of a female protagonist, the second half of the film shifts its focus on the love of the young husband who tries to get his out casted wife back to the house and the mother-in-law’s acceptance of her daughter-in-law. While at first glance it seems like a film that doesn’t go beyond the standard melodrama, comical fun, and conservative values, it’s an opportunity to look through the eyes of ‘female filmmaker’ CHOI Eun-hee. The Girl Raised as a Future Daughter-In-Law is a light-hearted illustration of how Korean society’s Confucian and patriarchal values are internalized in a woman’s life as well as the systematic oppression of marriage as an institution, and female labor within the house. [PARK Hyunseon]