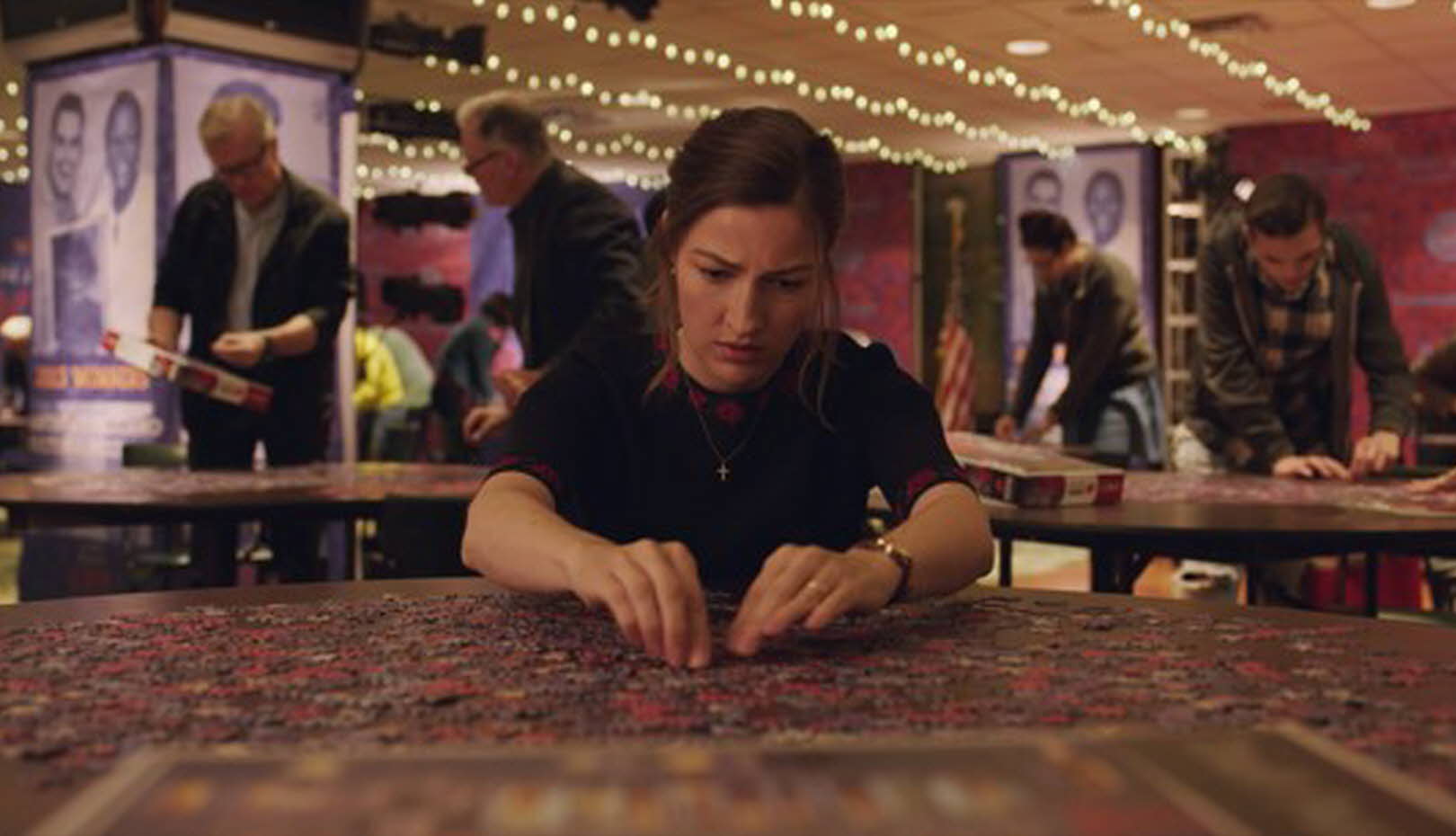 Puzzle is directed by Marc TURTLETAUB, well known for producing Miss Little Sunshine. On her birthday, Agnes, an underappreciated wife, unwraps an unusual present—a jigsaw puzzle which unexpectedly prompts her to discover a passion for solving jigsaw puzzles and leaving her wanting to go to New York City to buy more puzzles. Agnes’ life takes a dramatic turn as she meets Robert, an Indian guy looking for a partner for a jigsaw puzzle competition. They turn out to be a great match when solving puzzles. To spend more time with Robert at his place, Agnes starts to lie to her family members. Puzzle is a remake of the 2009 Argentine film which Natalia SMIRNOFF made her directorial debut with. In this film, Kelly MACDONALD, known for her performances in Gosford Park and No Country for Old Men appears as Agnes while Irrhan KHAN, whose film appearances include Slumdog Millionaire and The Lunchbox plays the role of Robert. Compared to the original film in which a female director aims to discover the hidden desire of a mid-aged woman through jigsaw puzzles, TURTLETAUB’s Puzzle is relatively more refined and implicit. Nevertheless, it is pleasurable to see how Agnes changes into a person unlike her former self, who used to solve the jigsaw puzzles sitting by the dining table without holding space for herself, only shuffling the pieces when her family comes home. Puzzle had its world premiere at the 2018 Sundance Film Festival. [Dahyeh LEE]