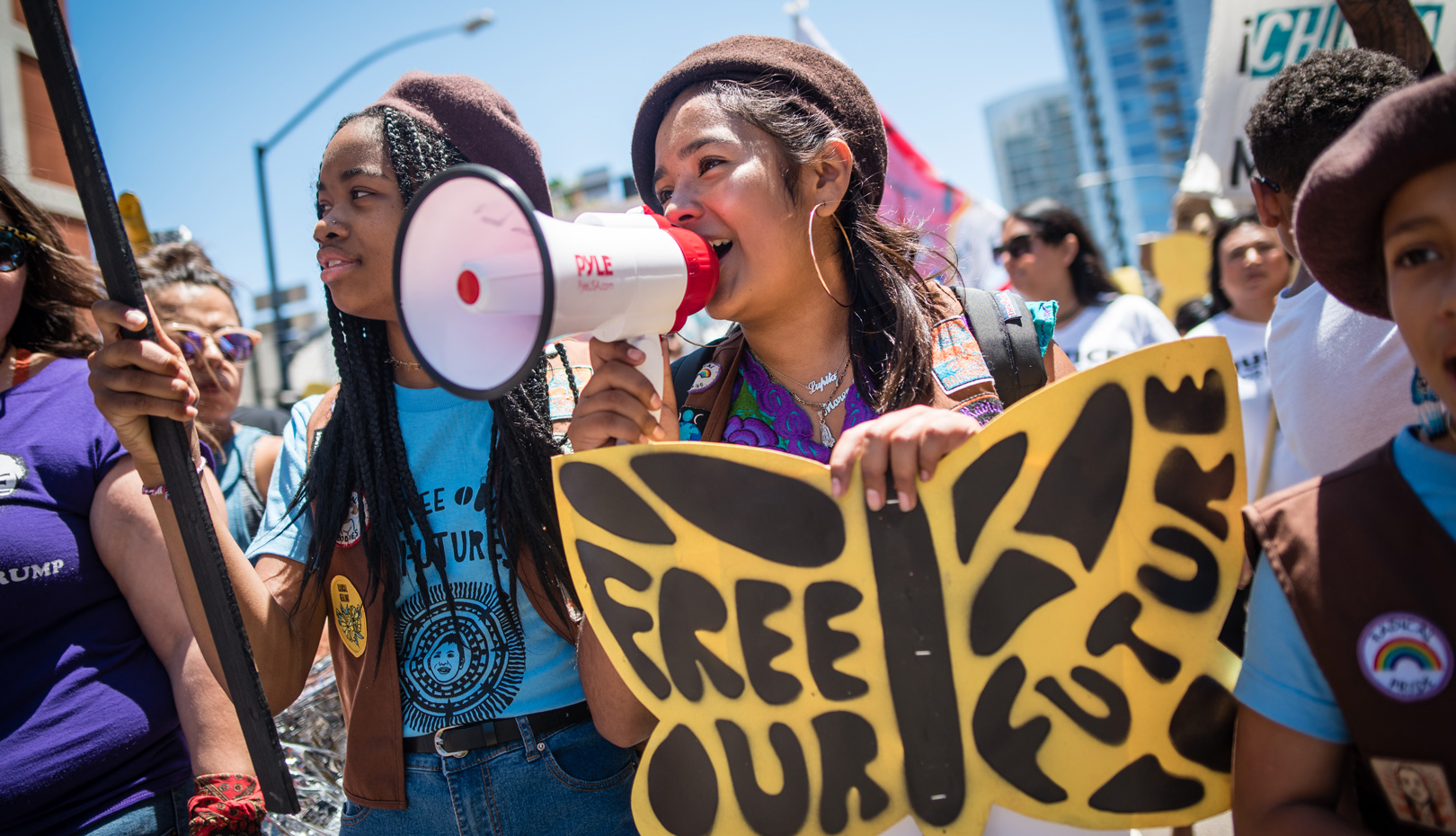 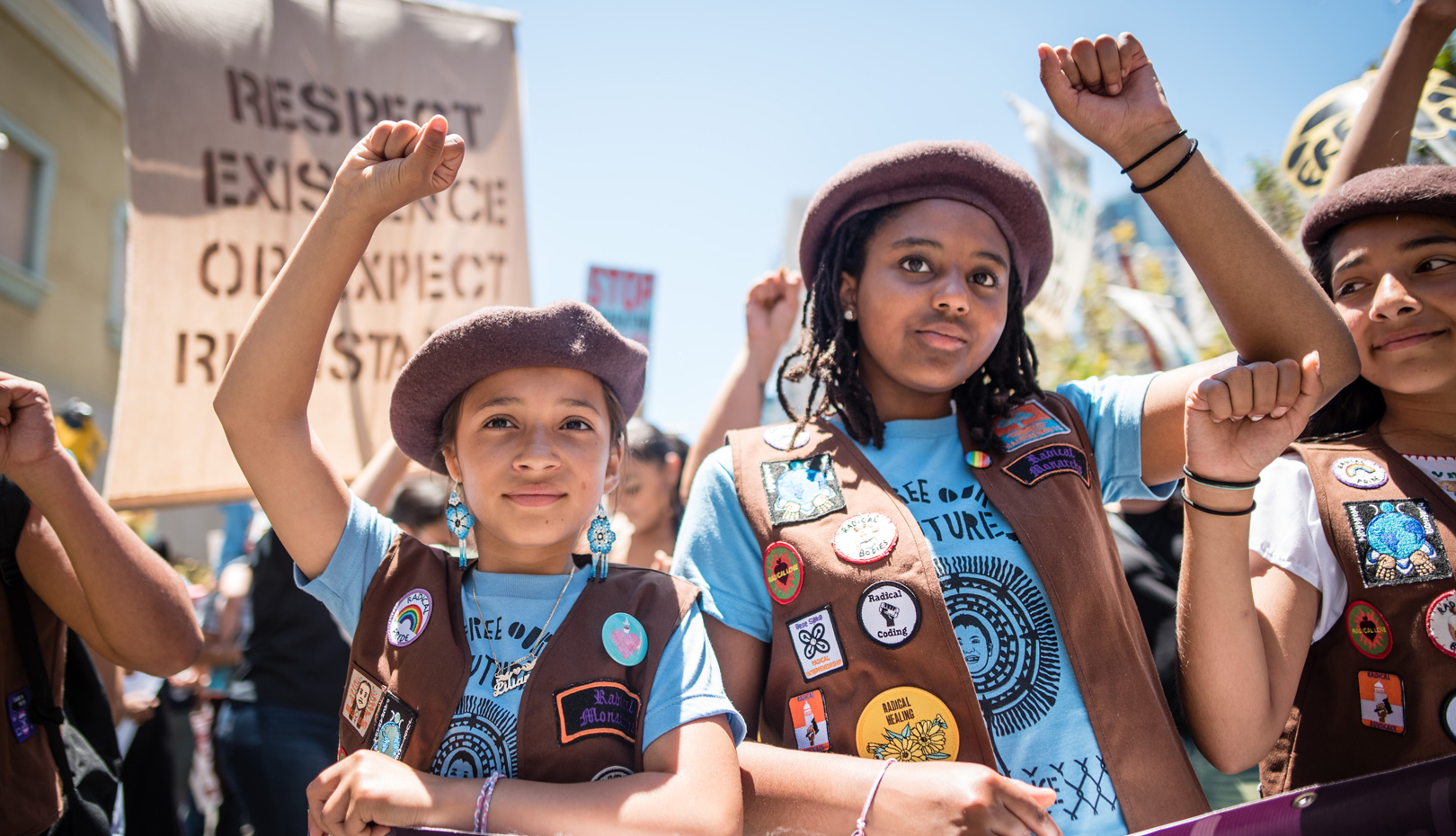 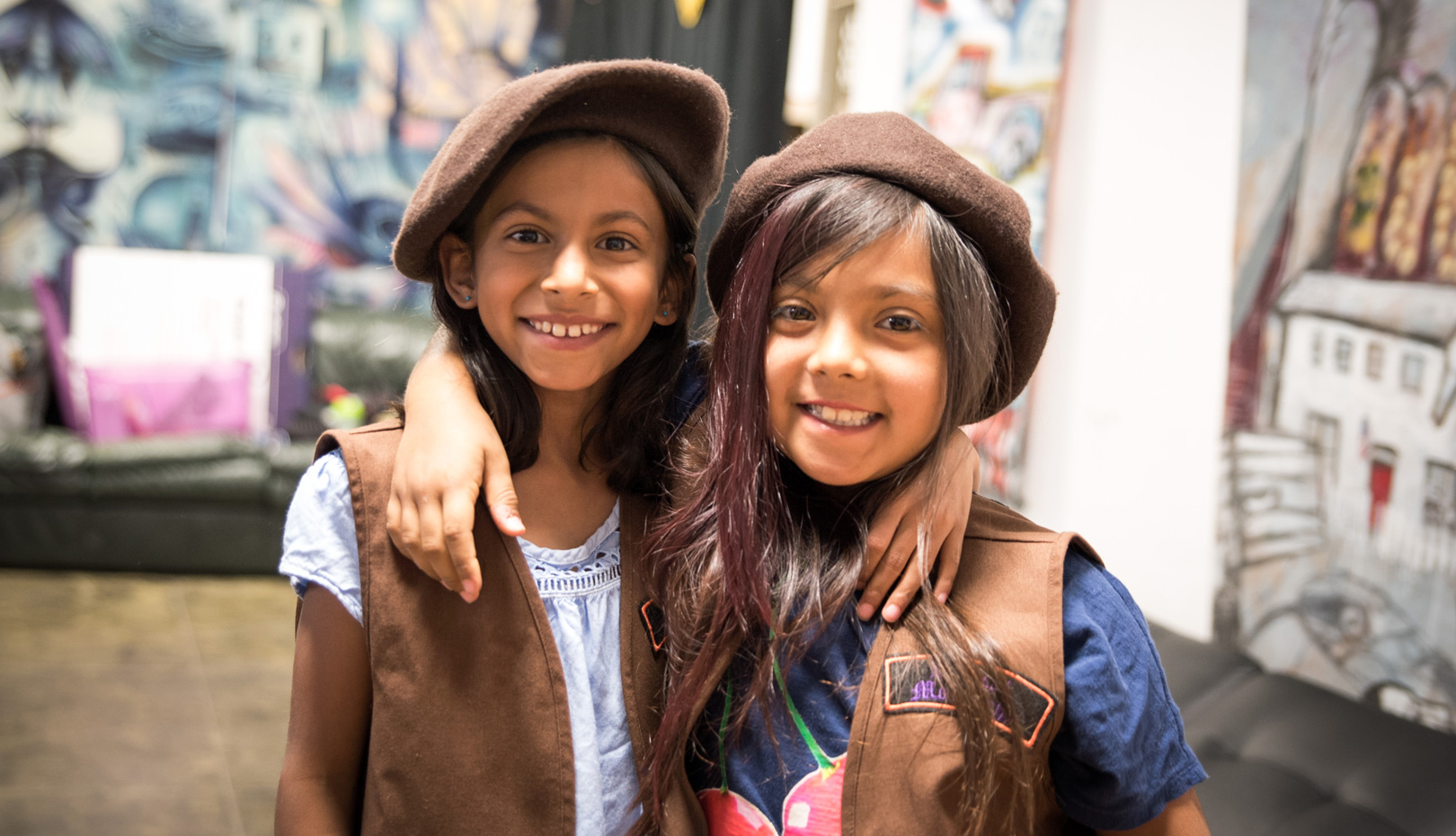 The Radical Monarchs, an alternative to the Scout movement for girls of color aged 8-13, was started by two queer women of color, Anayvette Martinez and Marilyn Hollinquest. Their work is anchored in the belief that adolescent girls of color need dedicated space and that the foundation for this innovative work must also be rooted in fierce inter-dependent sisterhood, self-love, and hope.​

“The Radical Monarchs” is the name of an alternative girl’s organization. One day, Anaybette found that her daughter gets interested in Girl Scouts and ponders upon her identity as a woman. Then Anaybette decides to establish this organization with her friend Marilyn to offer crucial relationships and answer questions to her daughter. The state system of monarchy does not seem to get along with the members of this organization who strives to engage in political issues concerning gender and sexual minority and to learn how to co-exist with diverse identities. Instead, the Radical Monarchs subverts the meaning of monarch as the ruler of dictatorship system. The girls learn social activism and leadership based on sisterhood and aim to become new monarchs in the sense that they are the owner of their lives and social change. Their training includes learning about the resistance histories such as that of the Black Panther Party and actively inform their agenda to people in city hall and the streets. However, betraying these girl’s growing aspirations since 2015, Donald Trump was elected as President of the United States. At this moment, they share frustration and sorrow, questioning what the “radical monarchs” could do then. The vigor of these girls who strive to be masters of their own life and community turns individual frustration into power for change, and they never give up cultivating a diverse and lively culture in their community in a considerate and measured rhythm. [CHAE Heesuk]