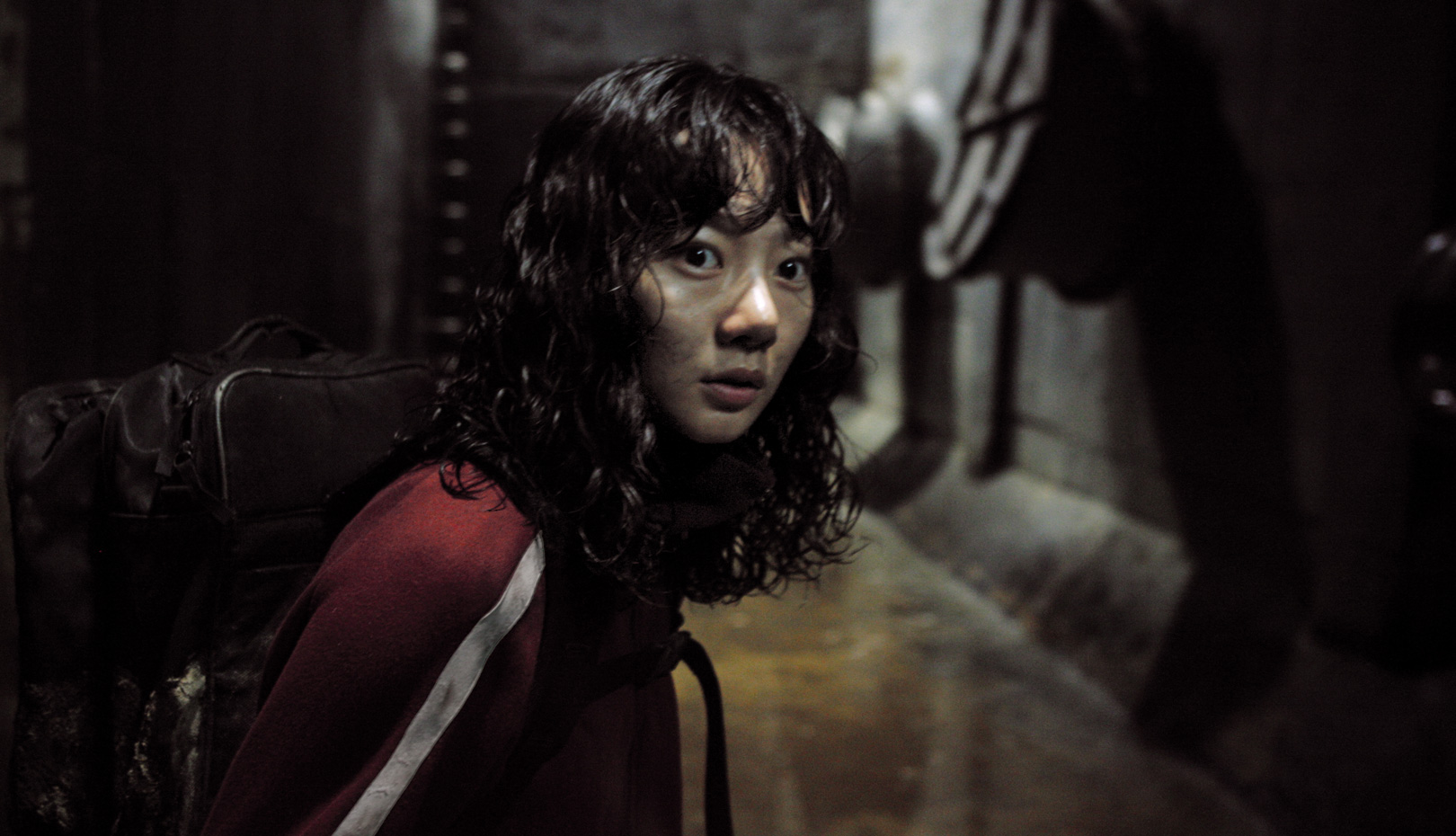 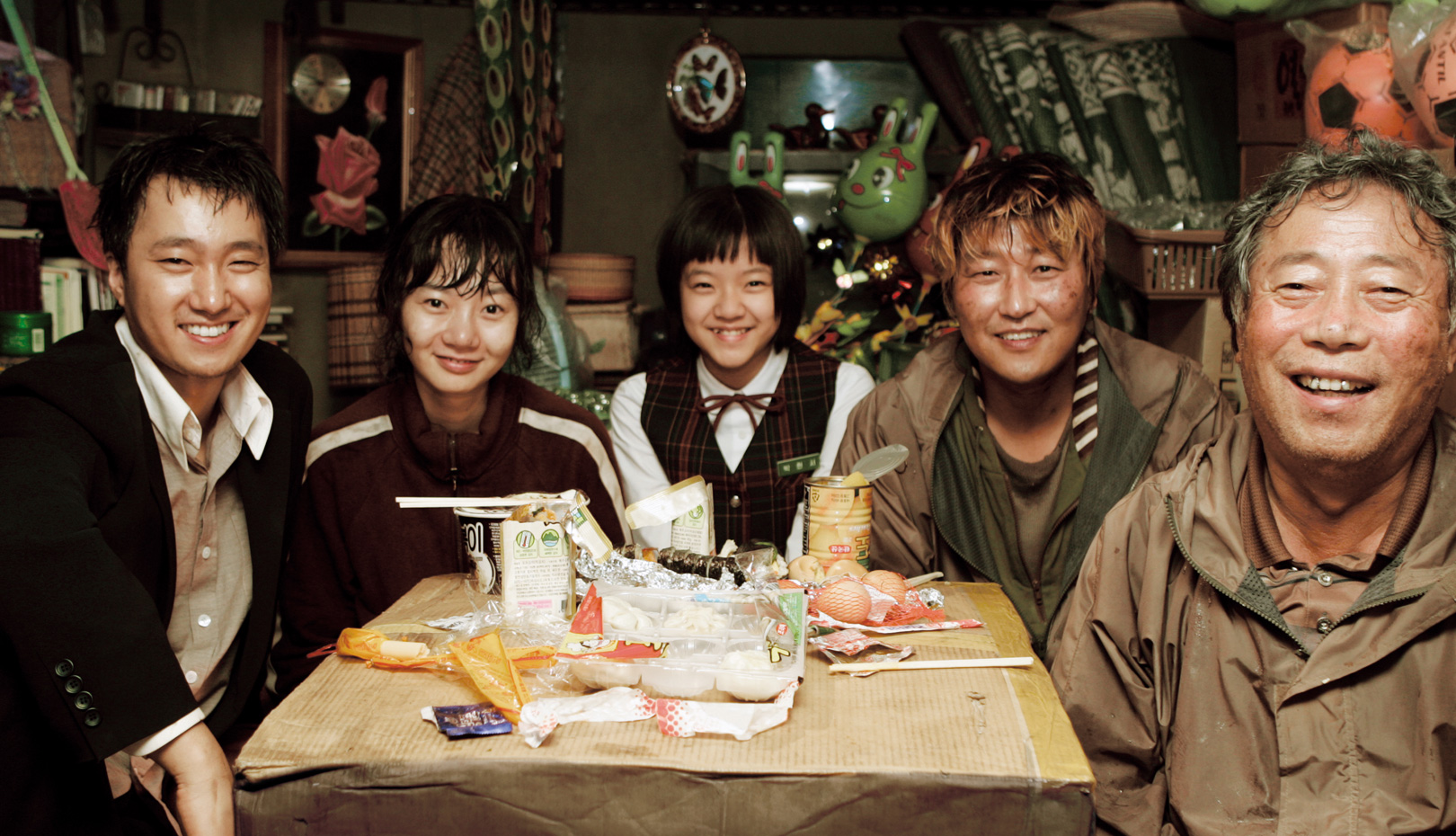 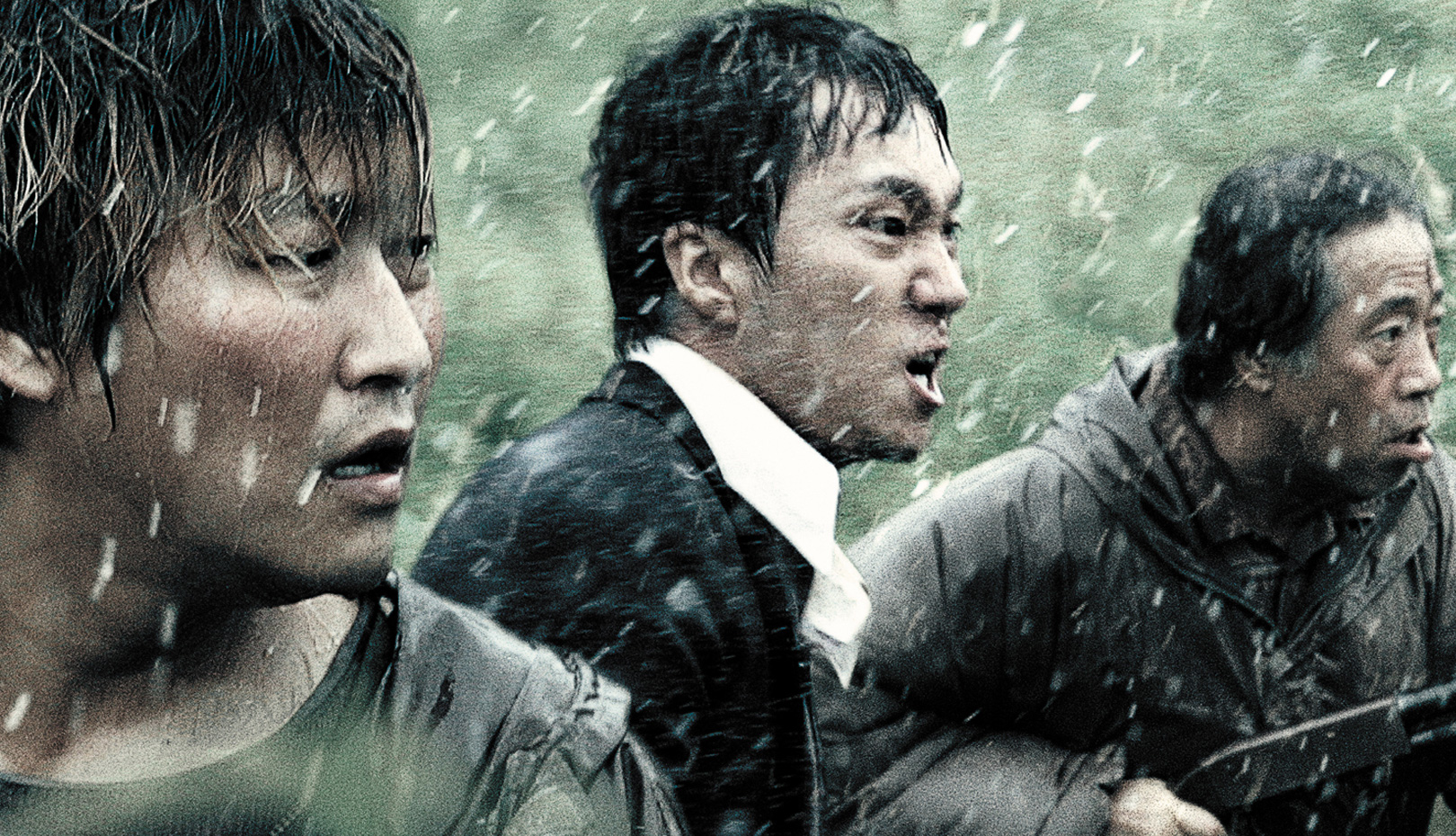 Gang-du works in a canteen at the banks of the Han River and discovers something dangling from a bridge among the crowd. Soon, the unidentified monster comes up on the riverside, crushing and biting people without hesitation. In the midst of this chaos, he accidently loses hold of his daughter Hyun-seo while running away with her. At that moment, the monster snatches her and slowly disappears into the Han River.​

Park Hee-bong runs a small canteen at the banks of the Han River, and one autumn, he and his three children get obsessed with catching a bizarre creature. It is because the daughter of the oldest son Park Gang-doo, a middle school student Hyun-seo, disappeared under the bridge over the Han River, wrapped around the monster's tail. Archer Nam-ju, the only proud member of the family, must have been the best future Hyun-seo could dream of beyond a 3.3 square meter canteen trailer, but The Host does not tell anything more than that Nam-ju is a careful archer to the extent of being sluggish. Indeed, Nam-ju misses the timing of attack not only at the stadium, but in front of the monster she encounters. Bae Doona portrays Nam-ju with concise and casual gestures, without the impatience to add her individuality to an unknown character. Any audience can witness the accuracy and modesty of Bae Doona who exists precisely as much as her share. In brief, Bae Doona exists while aiming ‘carefully’ until she reaches the final golden point to penetrate the enemy’s vital point. An arrow that flies and hits at the right time since it is not fired excessively. Archery in The Host is an excellent metaphor for Bae Doona’s acting method. [김소미]