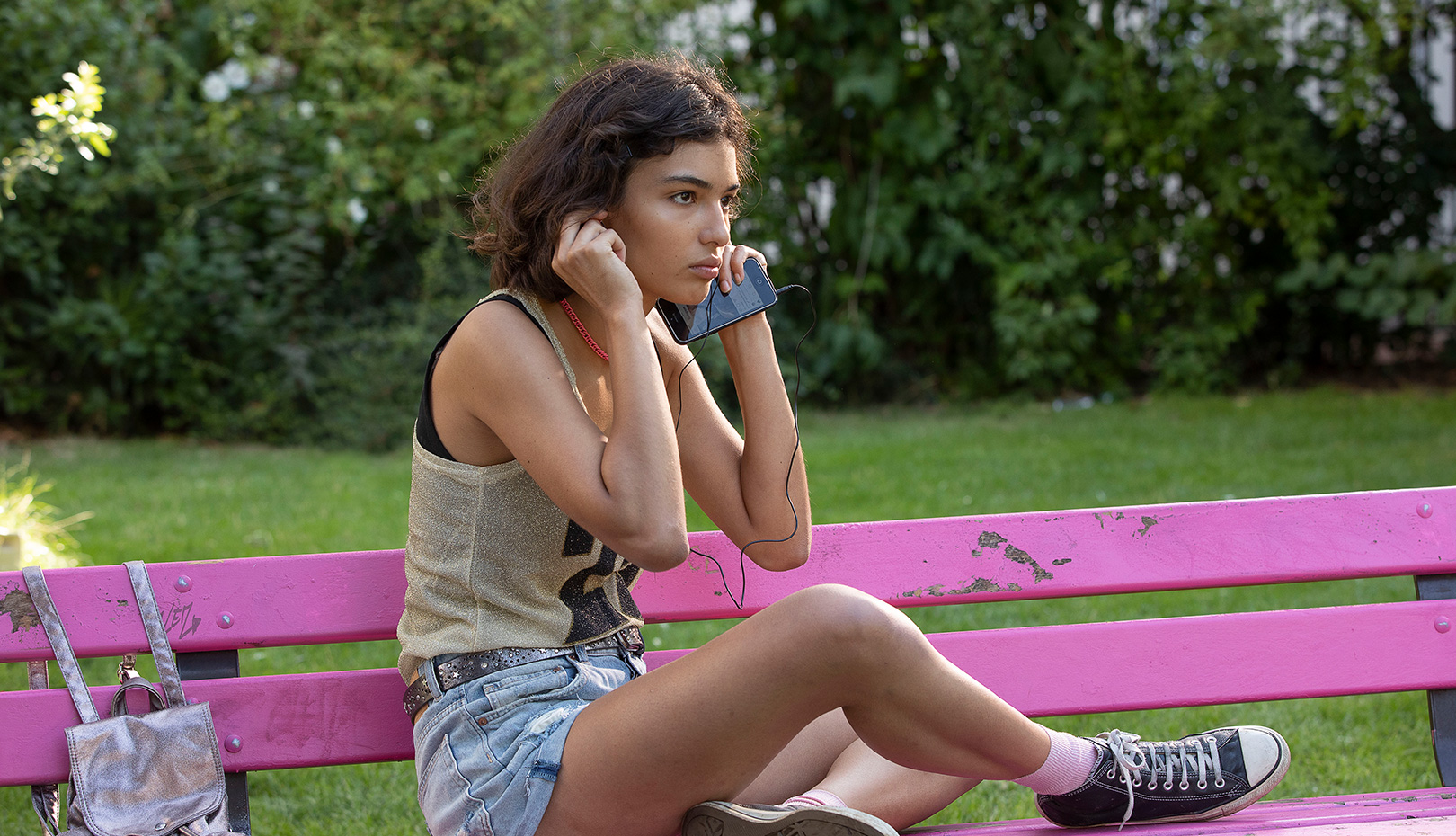 Nedjma, a teenager living in Paris, spends the summer with her squad. Her life is turned upside-down when she meets Zina, someone from an opposing group. They are rivals by day and lovers in secret. Nedjma is torn between the values of the group and her own desire, and no one could possibly understand, let alone tolerate, her true self.

* Under the artistic purpose of the director, aspect ratio of 2:1 will cause a blank(window box) around the screen.

Nedjma, an Algerian teenage woman living in Banlieu, on the outskirts of Paris, falls in love one summer day with Karin's cousin Zina. For a group of teenage immigrants, this love is an event and an existential problem comparable to Romeo and Juliet. Confused, Nedjma is forced to join her friends in bullying Zina during the day, then at night she meets her on the roof of the apartment in secret.
Besties is the debut feature film of director Marion Desseigne Ravel, who majored in directing at the French National Film School La Fémis. As a student, Ravel said she learned about teenage culture after working for six years as a volunteer to help unprivileged children living outside Paris. The experience at this time had a lot of influence on the character in Besties. It is a queer film with multiple identities. The complex and subtle intersection of Algerian-French, who is a woman and a teenager and raised under a Muslim mother, in love with woman is delicately reproduced by Ravel. The long take and close-up that seems to look inside Nedjma reminds one of Céline Sciamma’s Girlhood (2014), and the colorful lights in purple shape to complete Nedjma's love as something serious and heavy, not fresh and light. [BAE Dongmi]