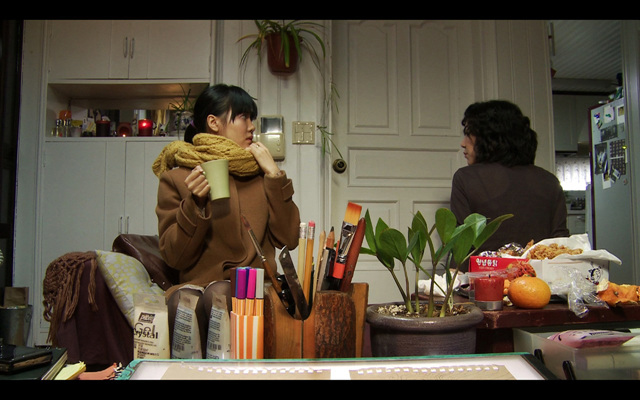 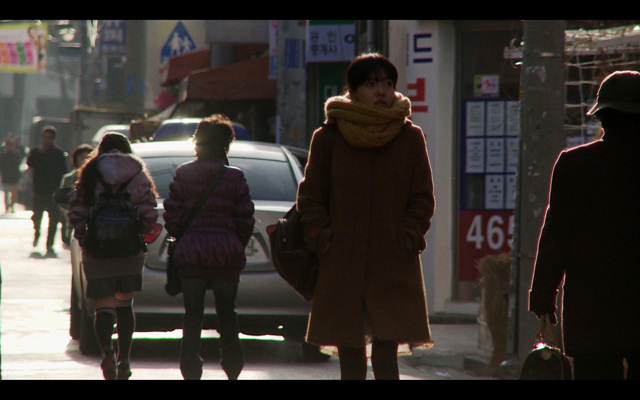 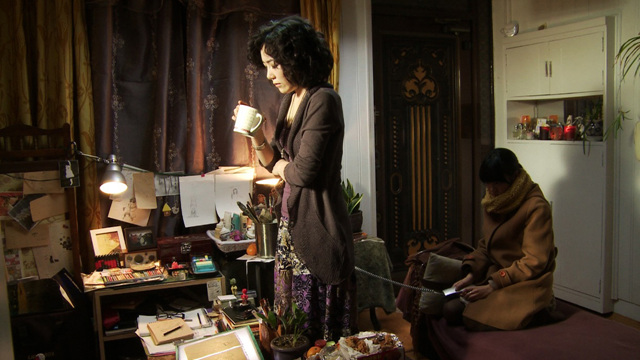 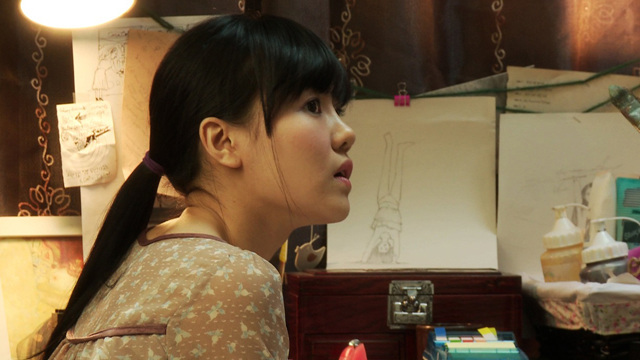 Jung-Sook, who has been looking for her ex-boyfriend who suddenly disappeared from her life, finds out that he is living with another woman. One day, Jung-Sook becomed so bored that she decides to pay the other woman a visit on a whim.

Being so bored, Jung-sook goes to meet her ex-boyfriend Sang-soo. But she ends up with Yang-sook, who used to be Sang-soo’s ex-girlfriend before her and became his present girl friend again. This film shows what could be talked about between two women whose only connection is a man, the ex-boyfriend of both. In this unexpected meeting, the man Sangsoo is neither questioned nor remembered as what these women are interested in is not him but his ex-girlfriend. They ask themselves: why was she chosen instead of me?: why was I chosen instead of her? (SIM Hye-kyong)