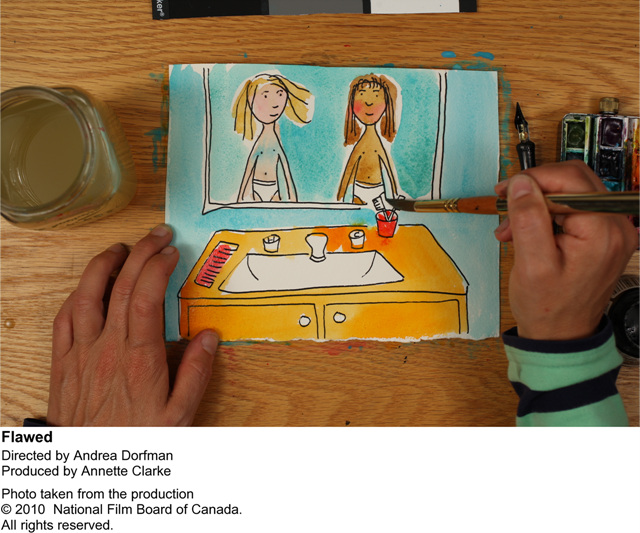 It’s an animated short about a woman who meets a man who turns out to be a plastic surgeon.

A male plastic surgeon and a female artist exchange their daily lives by writing postcards to each other. In doing so, the artist naturally comes to question her own physical imperfections. As they start to share more secrets their understanding for each other goes deeper, and they grow mature enough to their imperfections as their unique characteristics. This film is brilliant in a way that it tells the story by showing the storyboards being illustrated one by one with the director’s narrating voice. It is also amazing to see how it invites the audience to share the story. (BAE Su-kyung)