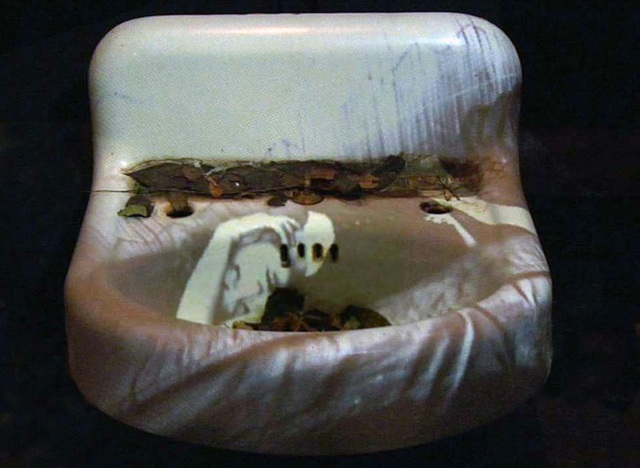 Synopsis
Maya Deren’s Sink , a tribute to Maya DEREN, the mother of avant-garde American film, evokes her creative spirit through a meditation on the architectural details of her homes. Fragments from DEREN’s films are projected in the spaces where they were originally filmed while a ghosted actor performs a script crafted from her writing.

Program Note
As a veteran feminist experimental film director, Barbara HAMMER’s tribute to Maya DEREN, a pioneer of American avant-garde film, is very significant. This film follows Maya DEREN’s footsteps, emotions, and passion in places that appear in DEREN’s films and places she had lived in. The family of Teiji ITO—DEREN’s husband—Carolee SCHNEEMANN, Judith MALVINA, and other real people talk about DEREN’s artistic ambitions and charms. People in the walls talk, and the real space mixes in with footages from Maya DEREN\'s films in this experimental film, bringing Maya DEREN back on screen. (HONG So-in)