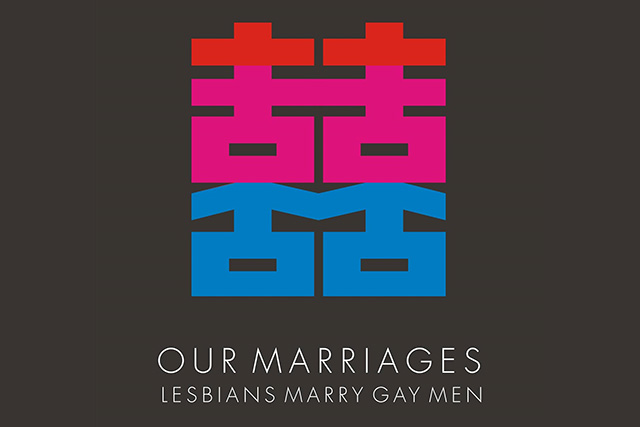 SYNOPSIS
The demand to marry and multiply is high, many Chinese lesbians and gay men adopt an unusual arrangement to alleviate such pressure. They adopt a form of contract marriage with terms and conditions of marriage, then carry out the wedding for their families. The film follows four lesbians and documenting their maneuvers. It raises important questions in regard to the marriage institution and homosexual life in contemporary Chinese society.

This film has 4 interviews conducted by 4 lesbian women under contract marriages with gay male partners. As 81% of responders picked ‘pressure from family’ as their biggest concern in a LGBT survey taken in 2014, the pressure over marriage and childbirth is the serious issue which push them to the life they least want. The matching practices of contract marriages between gay and lesbian partners were facilitated among online LGBT communities by the need to escape parents’ anticipations toward their only child born in the age of the one-child policy, and to evade any possible disadvantages on issues of housing, social security, career, etc. In China where social phobia toward the identity of being ‘homosexual’ has not been materialized so prominently, the practices of contract marriage among these people, in fact, function as realistic choices facilitated by the solid system of marriage and family, rather than compromising practices to cover up their identities.

However, there is no need for any audiences to prepare for the ‘sad reality of contract marriage’ in this film. The marriage ritual is a sort of performance to them starring their friends as actors. The director HE Xiaopei continues to present the quest of heterosexual people in online LGBT community who look for partners for contract marriage to lessen their burden of not being married, and the people who dream of a family of unrelated community via adoption, which leads us to the question on the marriage system itself. If marriage is a performance to acquire certain conditions of live, should our questions and purposes be rearranged also? And the answer would be better to be oriented on the reason why the family based on marriage and bloodline is the only viable condition for the approval of our social life. (Na Young)