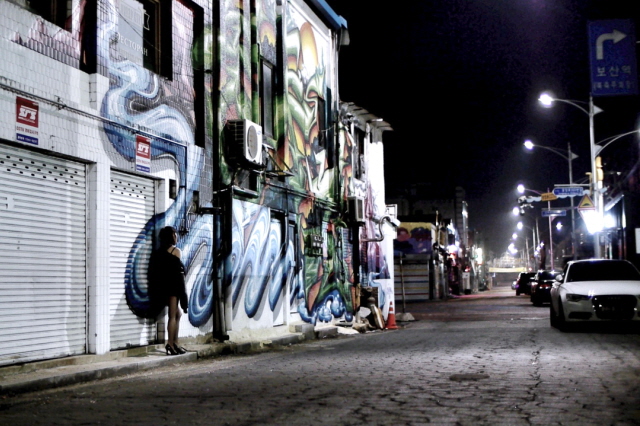 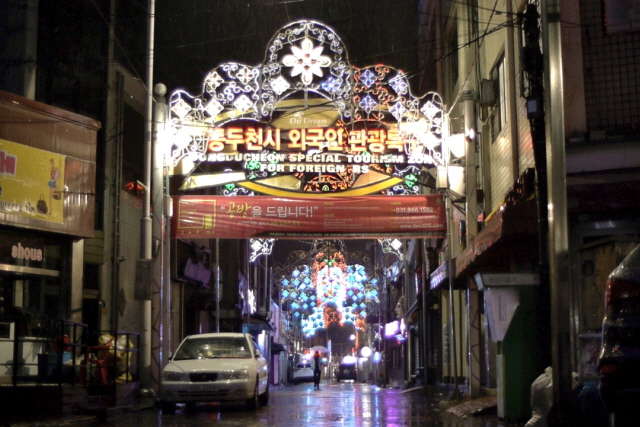 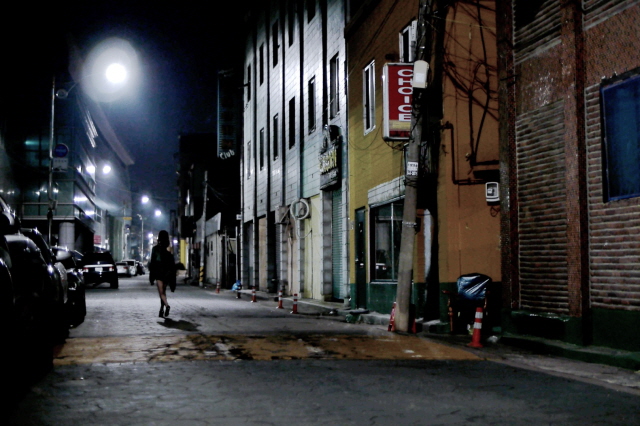 Based on a true story, Bloodless is a VR documentary about the murder of a Korean sex worker by a US soldier in 1992. The film opens to a decrepit residential neighborhood in Dongducheon where the US military has been stationed since the Korean War. Amidst the flashing neon lights, clubs, and bars, a woman takes fragile steps along the streets. She leads the audience into darker and narrower alleyways. Moments later, the audience is now in a shabby motel room. Scattered clothes and traces of violence are all around. Over the course of the next three minutes, the audience experiences the space in which a woman was murdered by a US soldier. This film transforms the controversial issue of US troop crimes into a personal and emotional experience while introducing textual history to the sensory realm of virtual reality.

The film starts with the slack streets of Dongducheon area at day light. The clicking sound of a woman’s shoes is heard on the street of Dungduchoen at night. Then she’s gone and all we can hear is the sigh sound. Her room stacked with mirrors and futons, slowly gets soaked with blood. The clicking sound of women’s shoes and noise from the bar limited to US soldiers only. The sounds of streets, shoes-clicking, bar noises, etc get muted in front of the woman’s room. The death of a woman, who is killed inside a coffin-like room, becomes everyday lives of Dongduchone. Bloodless is a VR film dealing with the death of a woman working in prostitution. (Sunah KIM)
더 보기