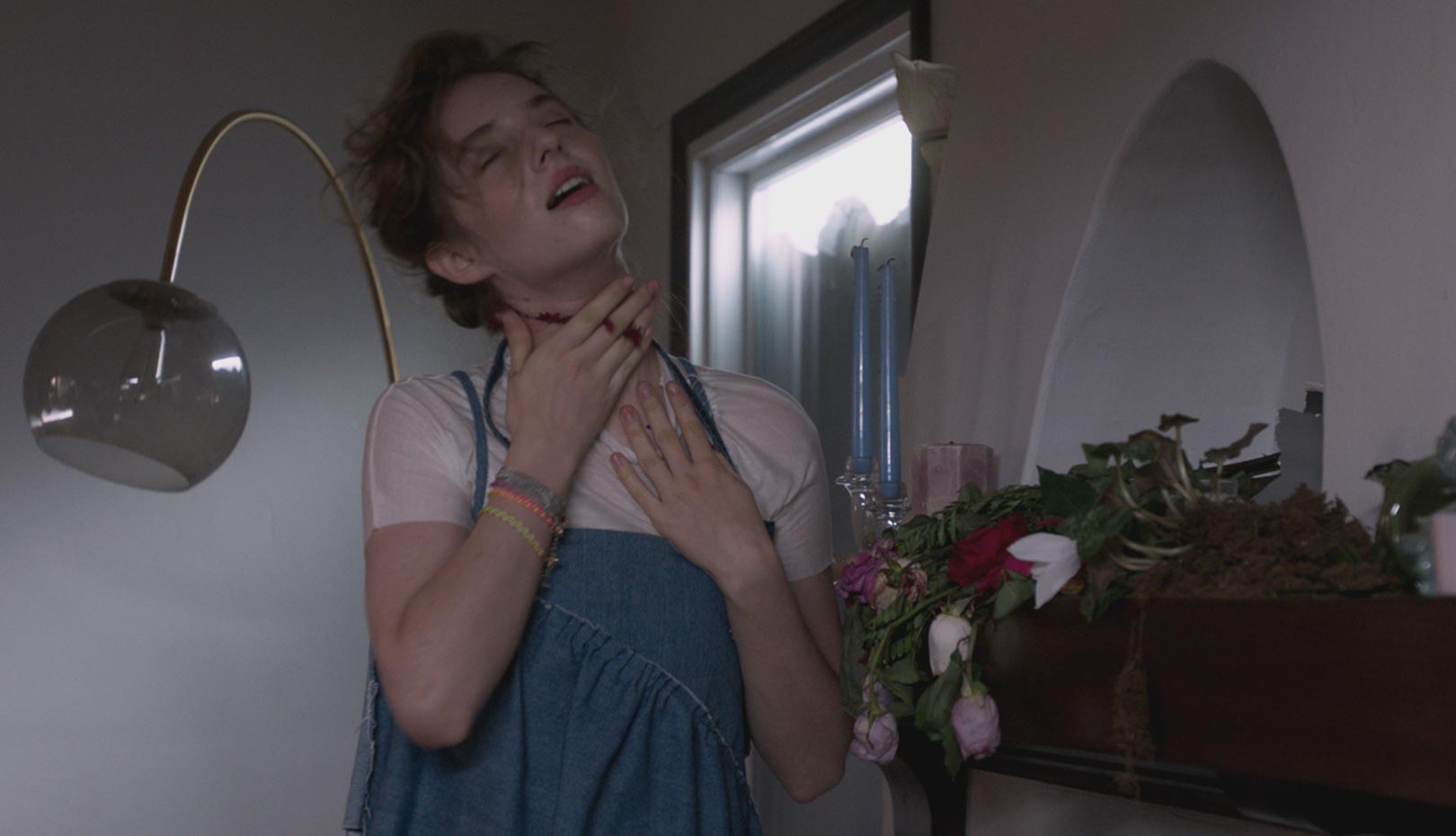 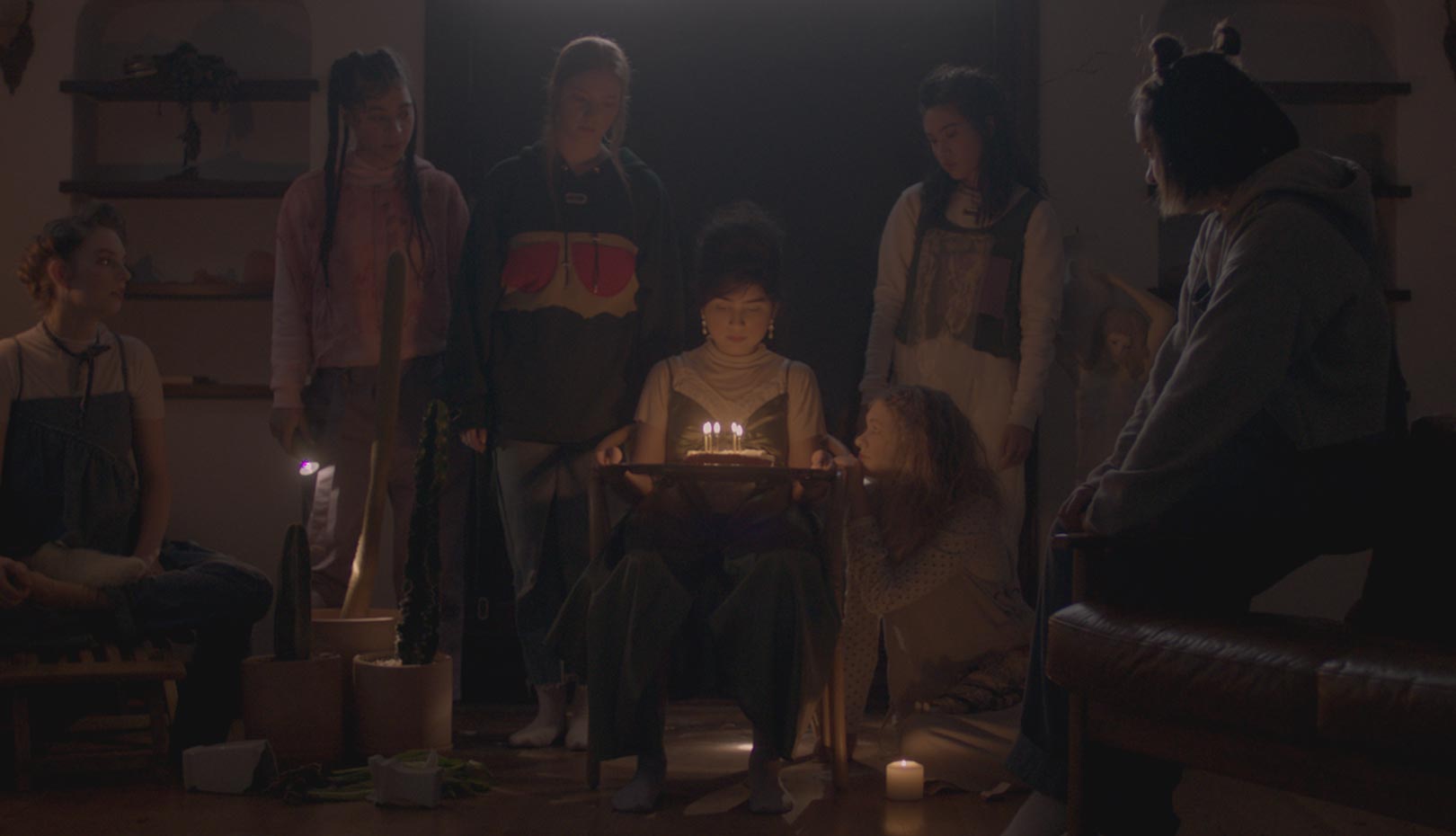 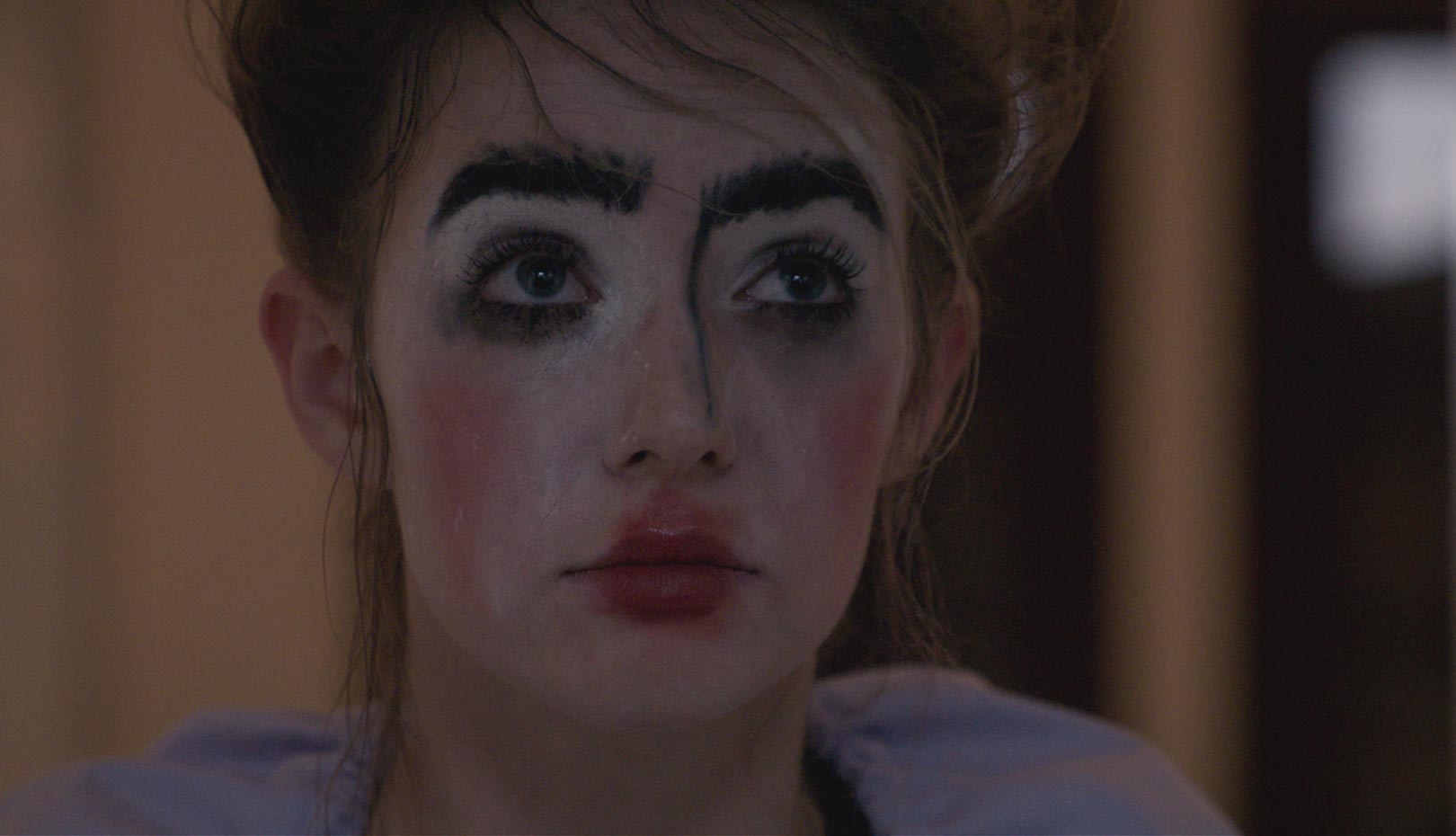 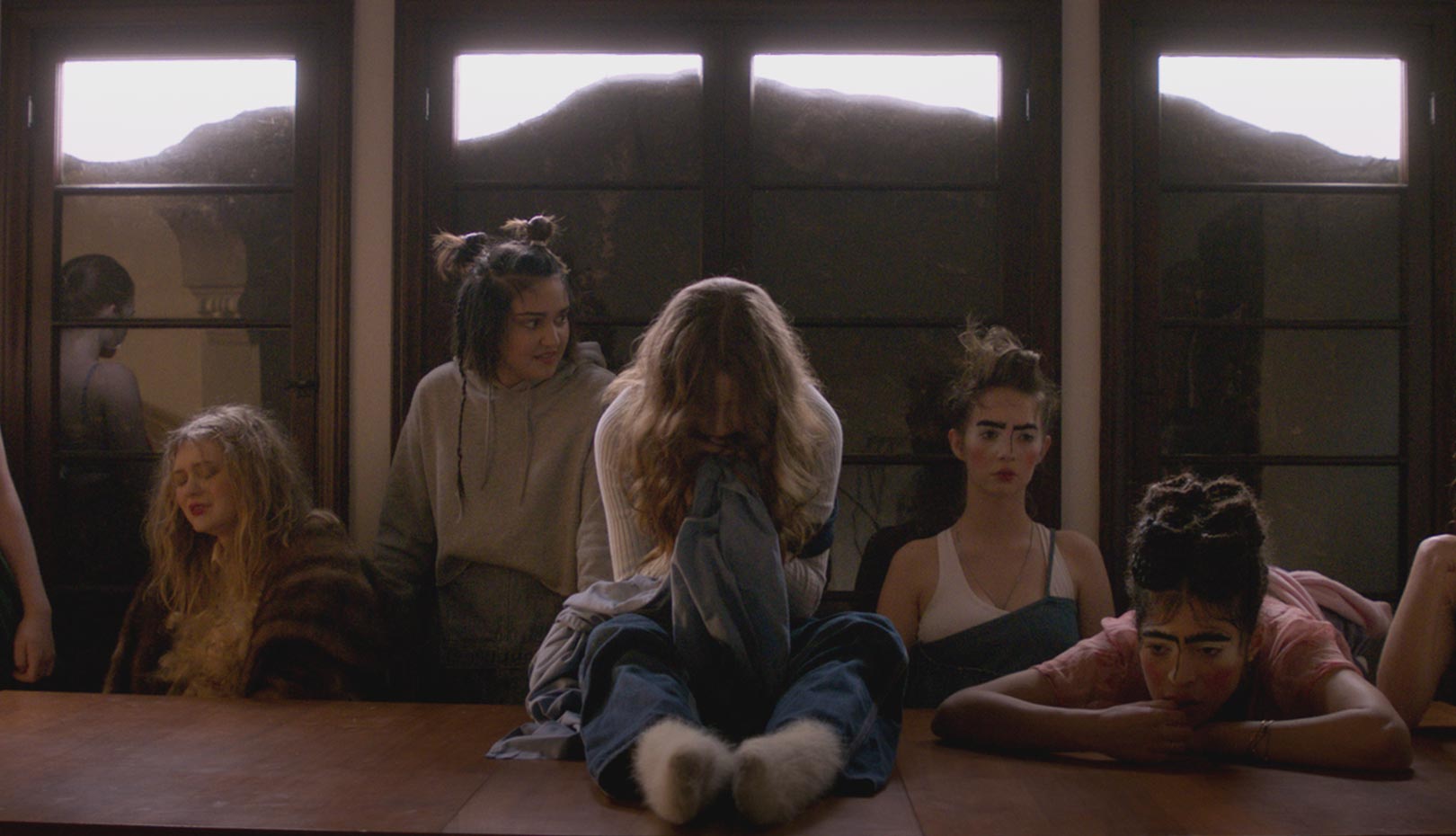 A scream pierces the dark. The screen brightens revealing the wake of a disaster - an earthquake has occurred, and eight girls remain in a ravaged house where no electricity, water, or signals can reach inside. The girls are completely isolated from the outside world, as the windows and doors are blocked by something and are rendered useless. The inside of the house forms a perilous world of desolation. The eight survivors attempt to pick a leader and come up with rules for the rights to speak, but the effort does not last. As time goes by, what dominates them is not the physical aftermath of the earthquake or the isolation; it is the suspicion, hatred, fear, and panic directed at each other, which is a disaster in its own right. The relationships between the survivors breeds tension, which in turn causes them to act aggressively, to become vulnerable, or depending on the situation, to manipulate each other. The movie does not follow stereotype of girls as fundamentally innocent. The violence, rage, and madness that lurk within the women are eventually conceived and explode all at once. The film has been compared to Sofia COPOLLA’s The Virgin Suicides (1999) in that they have both been recognized as the female equivalents of William GOLDING’s Lord of the Flies, and that the women’s savagery is illustrated through a fantastical lens. The eight actresses had little to no prior acting experience, and build up tension in this isolated setting through their different interpretations and portrayals of female emotions and spirit. The film is the debut feature of Amanda KRAMER, whose short films also explored the themes of supernatural and dreamlike fables as well as psychodrama with a touch of madness. [JEONG Jihye]