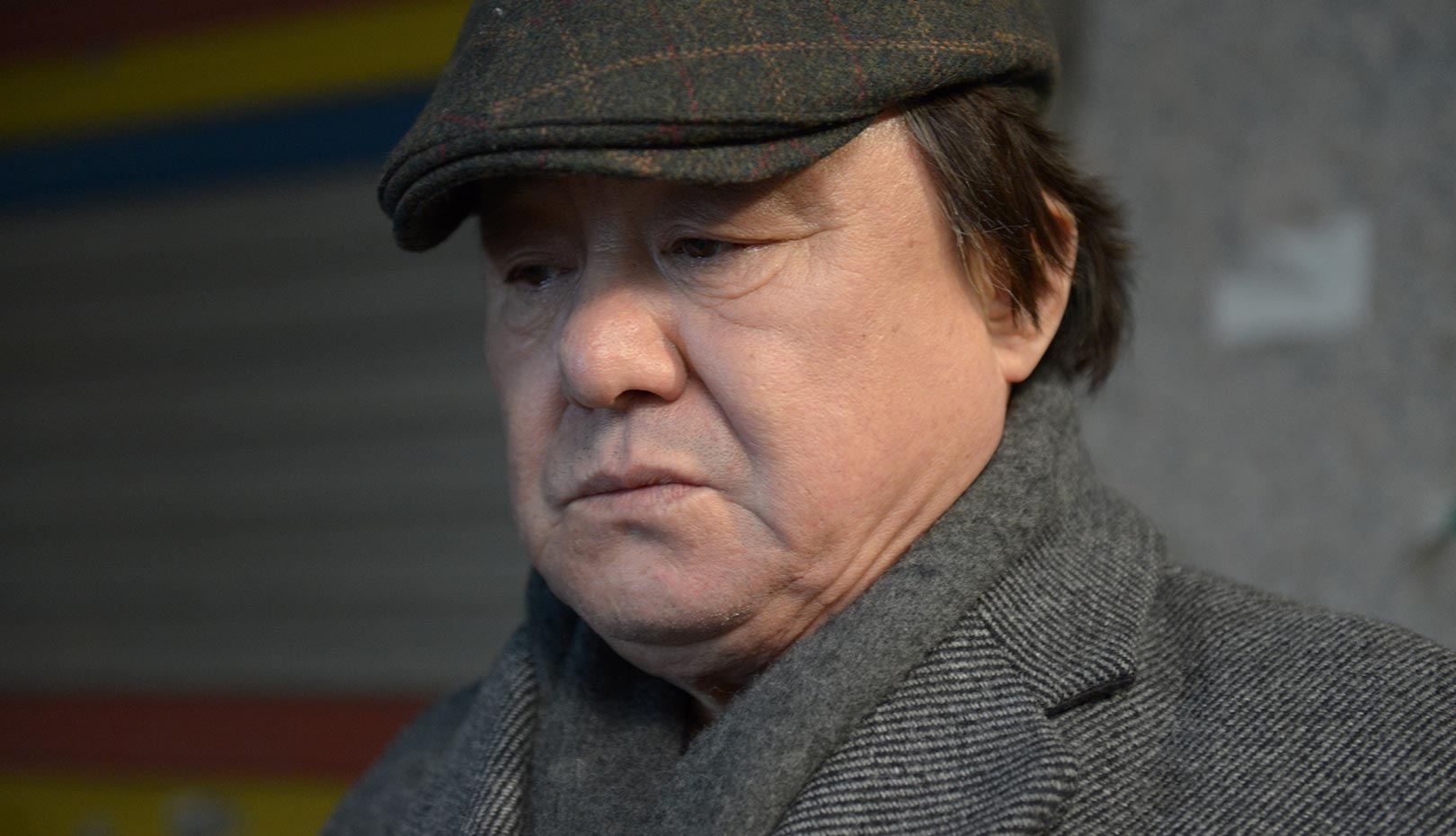 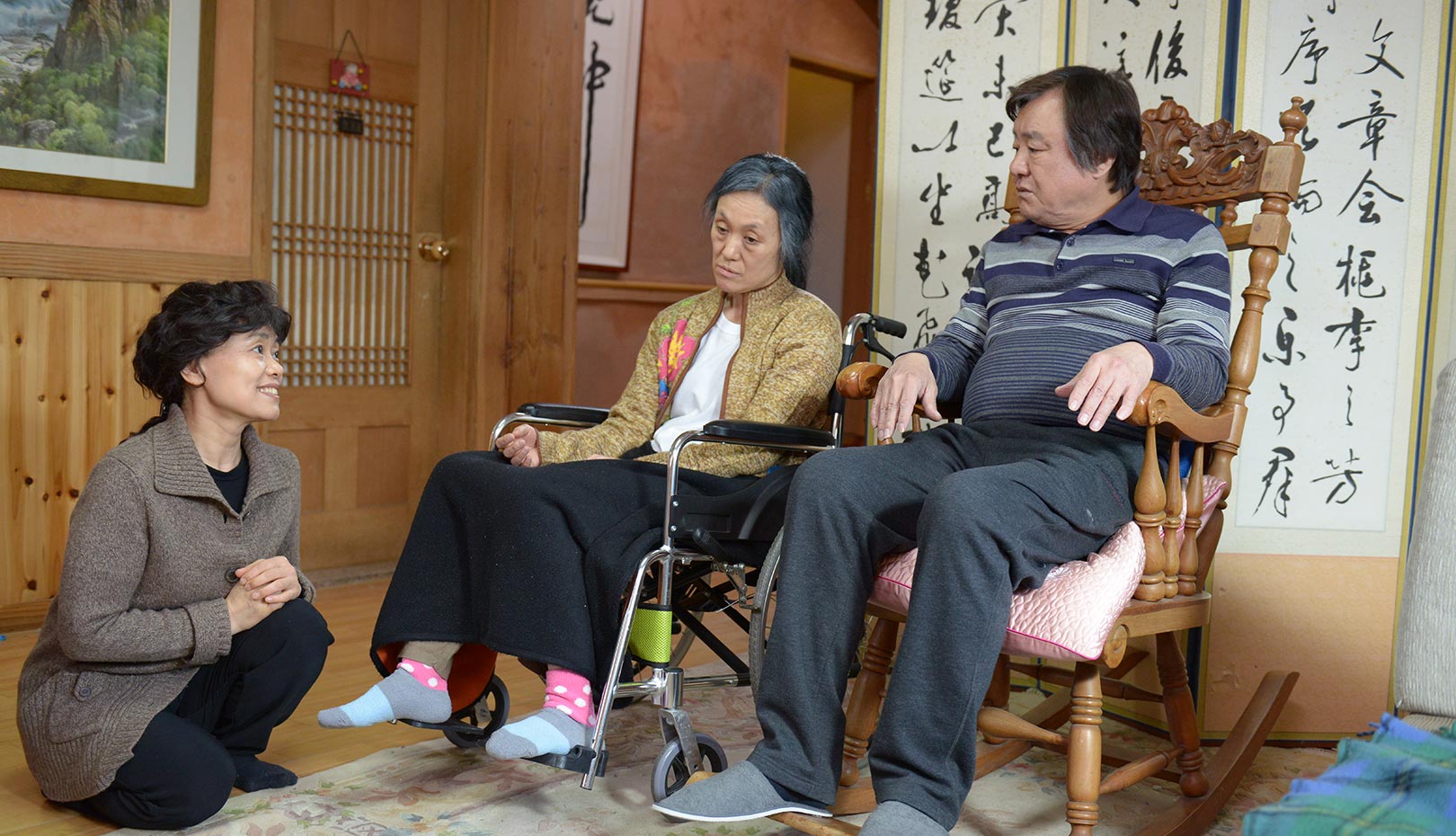 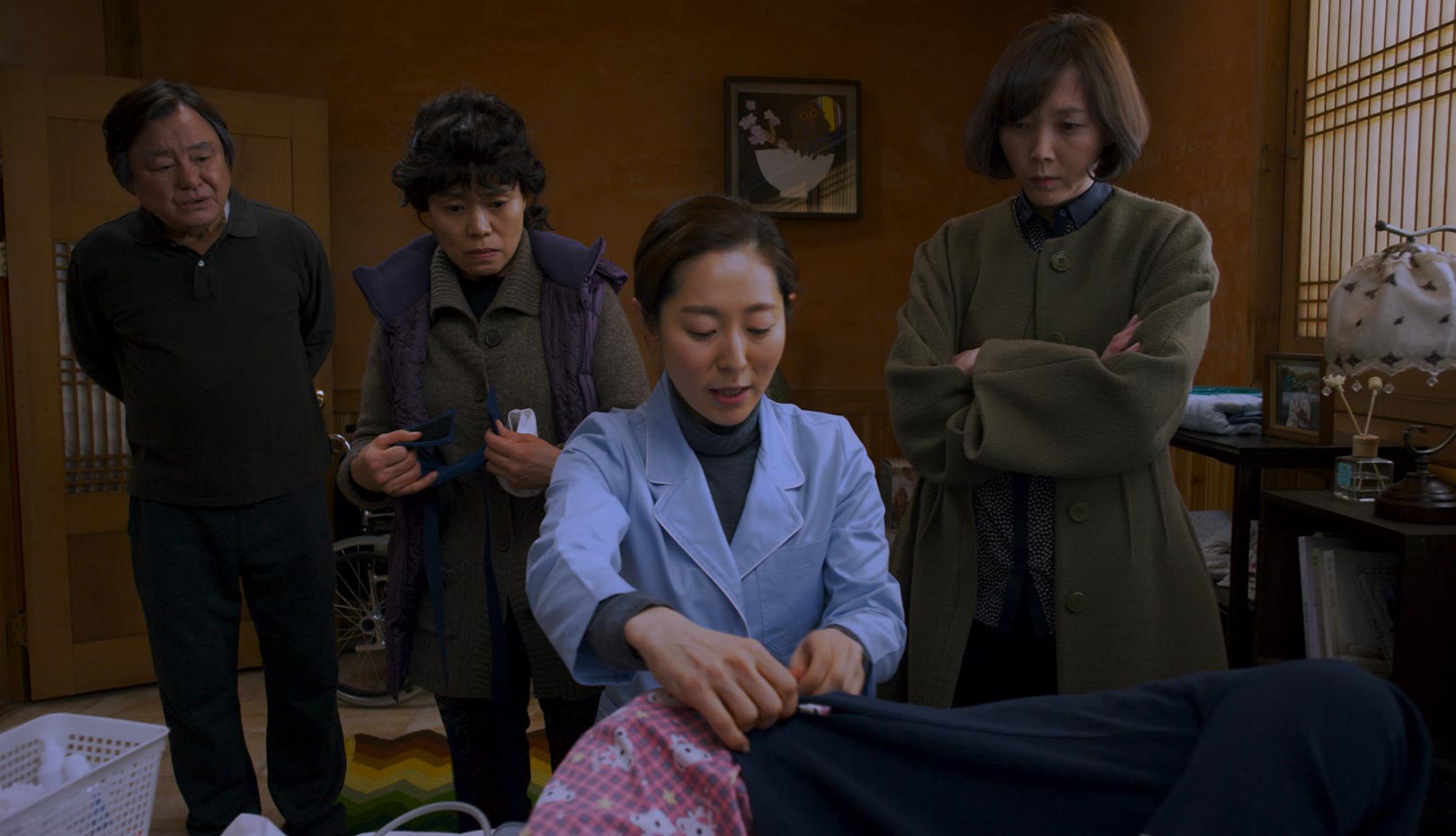 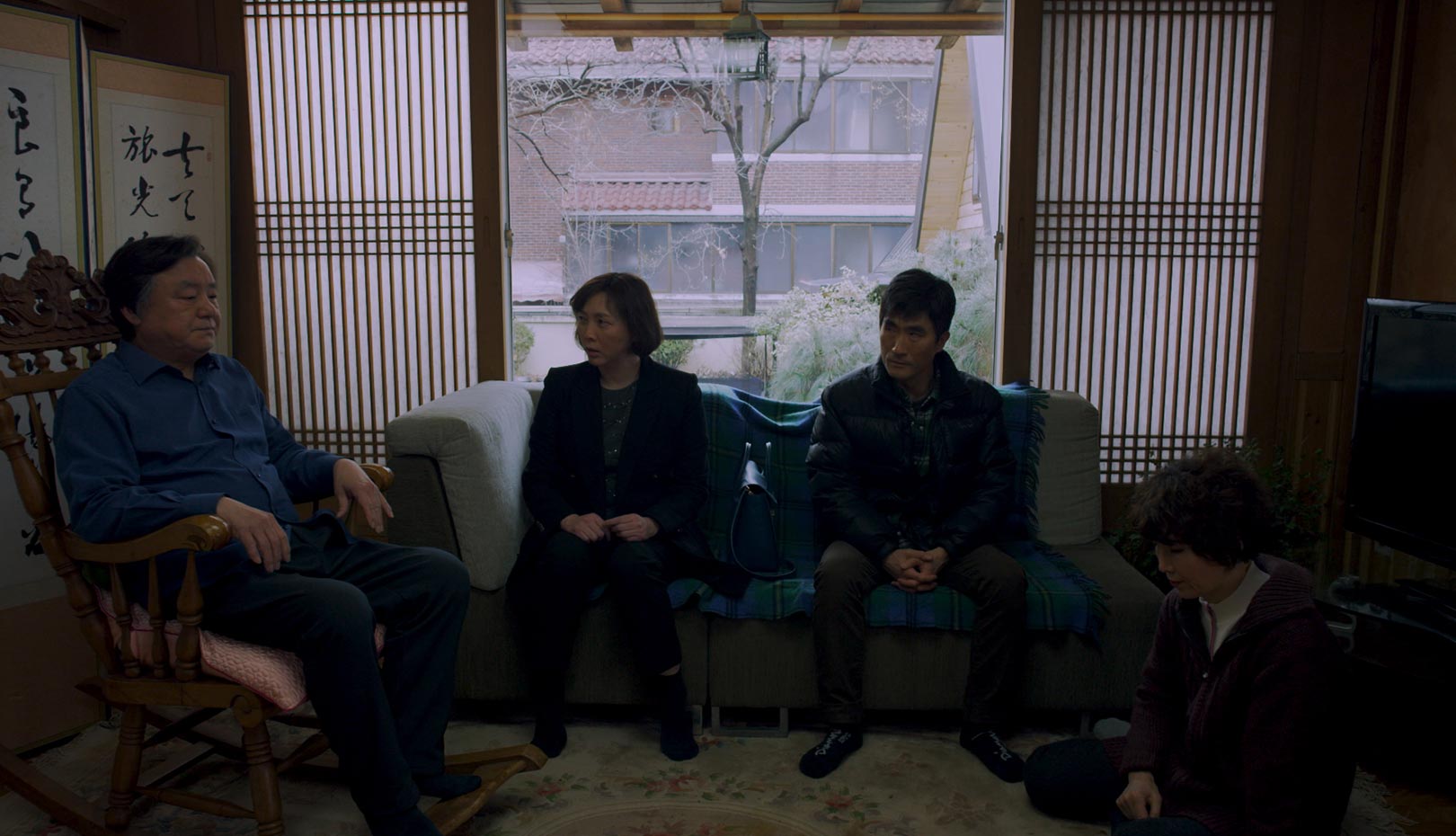 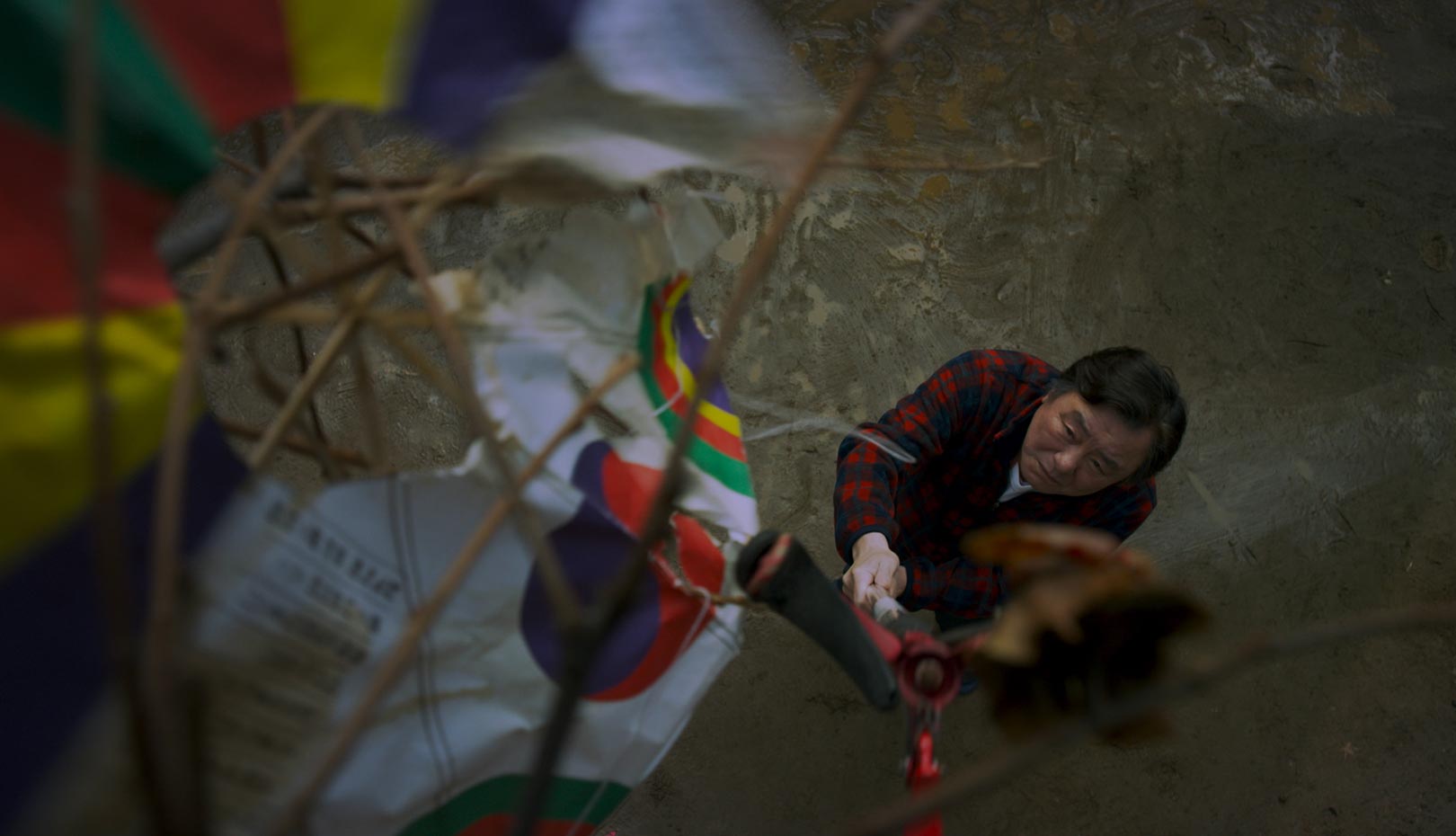 From the synopsis of A Bedsore, it seems like the main character is KANG Changsik, a retired civil servant. But once the film begins, the film clearly establishes its multi-strand narrative, evenly focusing on several characters. The film introduces the complex circumstances of YOO Soo-ok, a Korean-Chinese immigrant caretaker, and shows shots from NA Gilsoon’s point of view, who cannot express herself due to cerebral haemorrhage. NA Gilsoon and KANG Changsik’s daughter KANG Jisoo are especially notable. She is a middle-aged, middle class woman with a teenage daughter and a husband that may be having an affair. She has an older brother that sells fruits and a younger brother that went to the States after his business went under, but she’s the one that has to take care of her sick mom and retired dad. Such a setting isn’t commonly portrayed in mainstream films but it’s the reality many middle-aged women face in Korea. Director SHIM Hyejung appeared in The Camel and The Arab as herself, the documentary the Korean-Chinese caretaker appeared in. Actress KIM Doyoung perfectly plays KANG Jisoo. She is an experienced theater actress, and was the main character in SHIM Hyejung's short film Camellias in Bloom. She also played a middle-aged woman there, and left a strong impression with her soothing and convincing acting, expressing a small yet definite change that came upon her boring and lonely daily life. A Bedsore is SHIM’s first feature-length film. I’d like to congratulate her on her new beginning as she made shorts for a long time. Now that I’ve seen A Bedsore, I’d love to see her next feature soon. [KWON Eunhye]